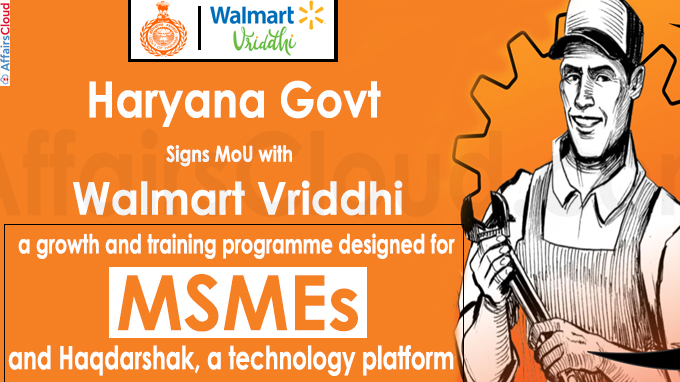 On August 4, 2021, the State Government of Haryana, signed a Memorandum of Understanding (MoU) with Walmart Vriddhi, a growth and training programme designed for micro, small and medium enterprises (MSMEs), and Haqdarshak, a technology platform.

i.Haqdarshak will prepare a research report on the best running welfare scheme of each state so that Haryana can implement it under its one block, one product scheme.

ii.The products of MSMEs will be displayed in 24 countries and will be available in 10,500 stores under 48 banners.

Under the MMAPUY scheme a joint team of 6 departments will interact with Antyodaya families and select the appropriate schemes so that their annual income will increase to Rs 1 lakh and later to Rs.1.8 lakh.