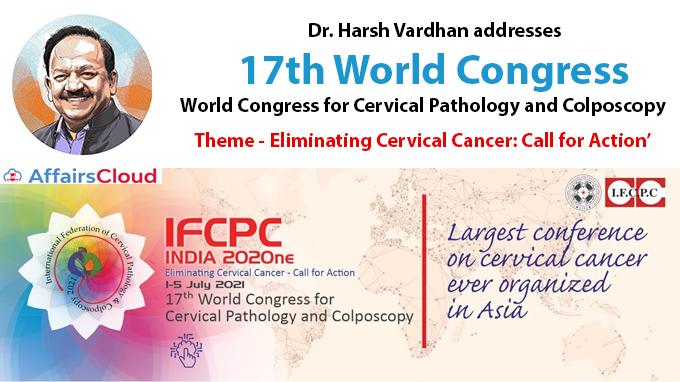 Union Minister for Health and Family Welfare Dr Harsh Vardhan addressed the 17th World Congress of  International Federation of Cervical Pathology and Colposcopy 2021 (IFCPC 2021) held virtually from July 1-5, 2021. It is being organised in Asia for the 1st time and is also the 1st virtual IFCPC World Congress.

Key Points from the Address

i.Cervical Cancer is the 4th most common cancer in women, affecting half a million women across the world each year and killing a quarter of a million.

About Indian Society of Colposcopy and Cervical Pathology (ISCCP)