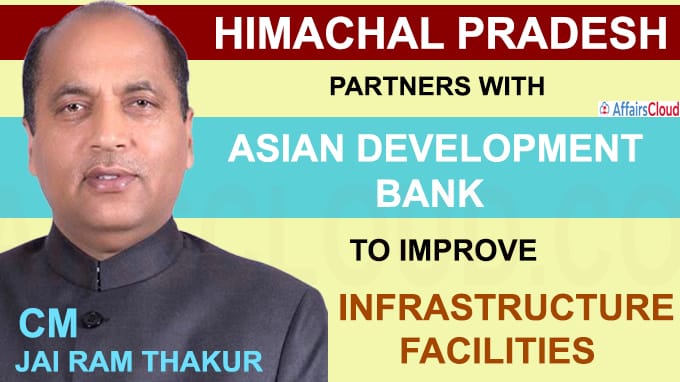 He also laid foundation stone for

i.To enhance and provide better facilities and develop the towns of the States, the government has given Municipal Corporation status to Palampur, Solan and Mandi towns.

ii.The Municipal corporation status will support the development of these towns through special budget provisions and along with development projects of the Government of India.

i.HP CM stated that the airport work at Nagchala and Shiv Dham at Mandi will commence soon and will provide a new dimension to the tourism of Mandi.

ii.He also mentioned that the state was implementing the first phase of Rs. 1688 crore Shiva project in lower districts of the state by providing facilities of drip irrigation, solar panel, CA store and marketing etc. The Shiva Project is funded by ADB.

On March 11, 2020 The Government of India, Government of Himachal Pradesh(HP) & the World Bank signed a loan agreement of US$80 million (about Rs 600 crore) to improve water management practices & also to increase agricultural productivity in selected Gram Panchayats (Village Councils) in HP.