Towards the next step in Setting the stage for next monetary policy review by the newly constituted monetary policy committee (MPC), the government on formally notified the constitution of the MPC under the Reserve Bank of India Act, 1934. 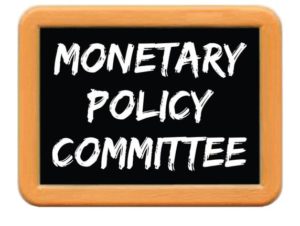 Monetary policy is the process by which monetary authority of a country, generally a central bank controls the supply of money in the economy by its control over interest rates in order to maintain price stability and achieve high economic growth. In India, the central monetary authority is the Reserve Bank of India (RBI).

Price Stability implies promoting economic development with considerable emphasis on price stability. The centre of focus is to facilitate the environment which is favorable to the architecture that enables the developmental projects to run swiftly while also maintaining reasonable price stability.

One of the important functions of RBI is the controlled expansion of bank credit and money supply with special attention to seasonal requirement for credit without affecting the output.

The aim here is to increase the productivity of investment by restraining non essential fixed investment.

Restriction of Inventories and stocks

Overfilling of stocks and products becoming outdated due to excess of stock often results in sickness of the unit. To avoid this problem the central monetary authority carries out this essential function of restricting the inventories. The main objective of this policy is to avoid over-stocking and idle money in the organization.

It is another essential aspect where the central banks pay a lot of attention. It tries to increase the efficiency in the financial system and tries to incorporate structural changes such as deregulating interest rates, ease operational constraints in the credit delivery system, to introduce new money market instruments etc.

RBI tries to bring about the flexibilities in the operations which provide a considerable autonomy. It encourages more competitive environment and diversification. It maintains its control over financial system whenever and wherever necessary to maintain the discipline and prudence in operations of the financial system.

The appointments committee of the cabinet approved the names of

As MPC members for a period of four years. The six-member MPC—the other three members are from RBI—will conduct its first monetary policy review on 4 October, Urjit Patel’s first as RBI governor.