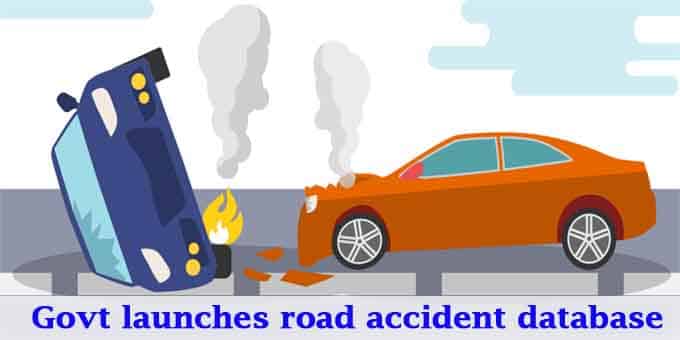 i.Developed with the help of ₹258 crore financial assistance given by the World Bank,the database will be implemented by the National Informatics Centre (NIC).

ii.Initially this system is being implemented in 6 states with highest fatalities of road crashes namely Karnataka, Madhya Pradesh (MP), Maharashtra, Rajasthan, Tamil Nadu (TN) and Uttar Pradesh (UP).It will be launched Across India after the successful trial.

iv.According to the World Road Statistics, India recorded the highest number of road accident deaths across 199 countries in 2018 followed by China and the US (United States). While as per government data, more than 1.5 lakh people lost their lives in road crashes in India in 2018.

About National Informatics Centre (NIC):
It was established in 1976 & works under the Ministry of Electronics and Information Technology (MeitY).
Headquarters– New Delhi