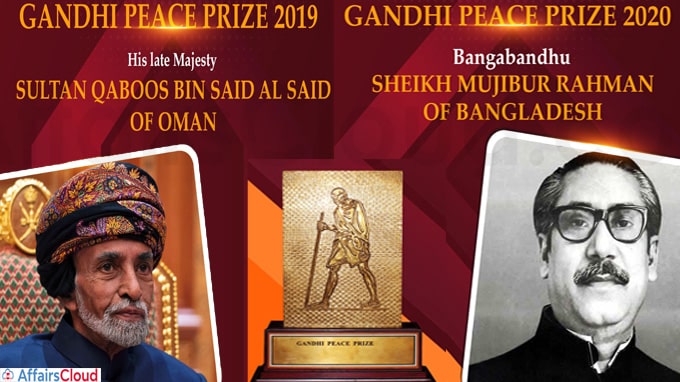 The Union government conferred Gandhi Peace Prize to the Late Sultan Qaboos bin Said Al Said of Oman for the year 2019 and to Bangabandhu Sheikh Mujibur Rahman, for the year 2020.

The Jury of Gandhi Peace Prize:

On November 13, 2020, 17-year-old Sadat Rahman from Bangladesh won the International Children’s Peace Prize 2020 for his involvement in setting up his social organization and creating the mobile application ‘Cyber Teens’ to end cyberbullying. Nobel Peace Prize laureate Malala Yousafzai presented the award to Sadat Rahman, during a ceremony in the Netherlands.