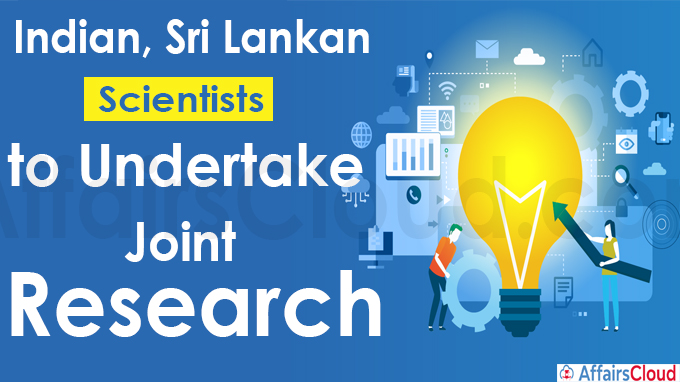 As per the recent information provided by the Indian Ministry of Science and Technology, the Government of India and Sri Lanka have decided to provide bilateral support with the two countries’ scientists for the joint research on nine projects and 3 workshops in various fields. The decision was taken based on the scientific strength of project coordinators, availability of national priorities, and budget between the two countries.

i.Department of Science and Technology (DST), Government of India, and the State Ministry of Skills Development, Vocational Education, Research & Innovation, Government of the Democratic Socialist Republic of Sri Lanka has launched a joint research proposal in the below ten given fields in 2019.The fields are

ii.193 common proposals were received in response to the call.

iii.As of now, 27 joint research projects in food technology, materials, and plant-based medicine, and industrial electronics have been supported.