History:  19th Century Punjab ruler Maharaja Ranjith Singh had gifted the 105 carat Kohinoor Diamond to East India Company in 1849 for compensation of War. There is no clear cut on this, some says Maharaja heir Duleep Singh had gifted. 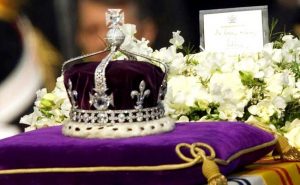