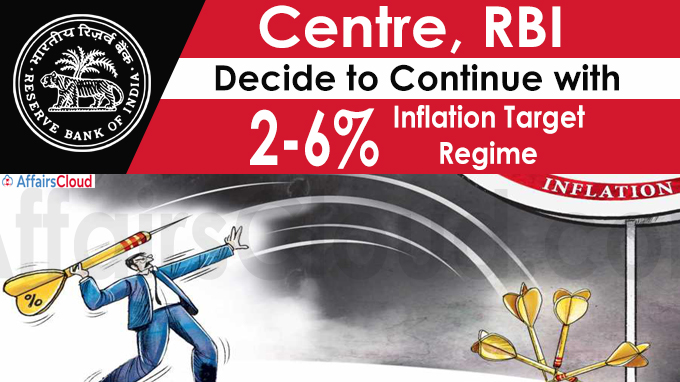 On April 1,2021, Government of India has decided to continue the existing inflation-targeting framework which fixed the inflation target (price stability) of 4% with a +/- 2% tolerance band (in the range of 2% – 6%) for the next 5 fiscal years i.e. FY22 to FY26.

On January 1, 2021, the Reserve Bank of India (RBI) launched the January 2021 round of household surveys namely“Inflation Expectations Survey of Households (IESH)” and “Consumer Confidence Survey (CCS)” to represent inflation expectations and consumer confidence.