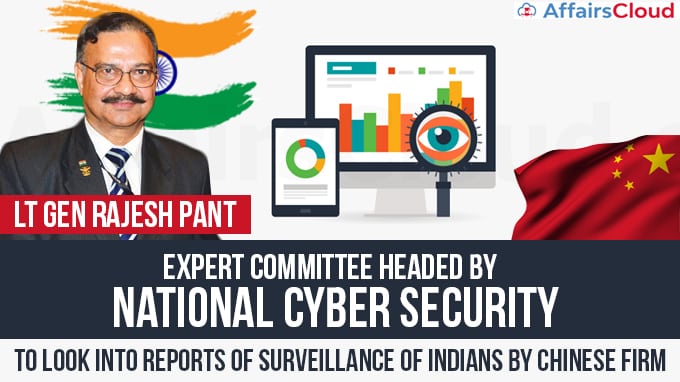 The Expert Committee will submit its recommendations in 30 days.

i.The expert committee will study the reports, evaluate their implications, assess violations of law and submit its recommendations.

ii.The chinese firm, suspected to have links with the Chinese Communist Party and Chinese Government, was tracking over 10, 000 Indians in its global database of foreign targets. The extracts were found in the Overseas Key Information Database (OKIDB).

The digital surveillance was revealed in an investigation conducted by Indian Express.