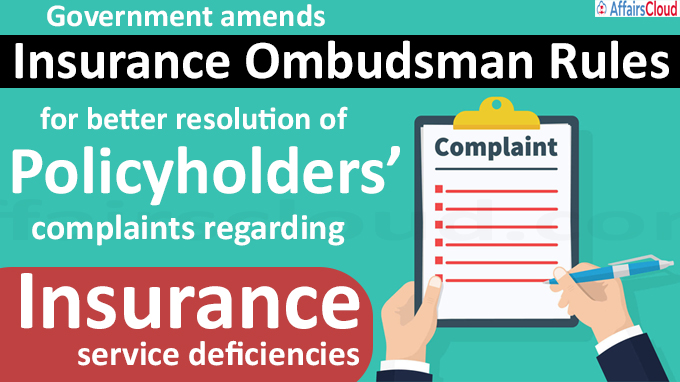 Why these rules are amended?

These were amended to have a better a sight of policyholders’ complaints regarding insurance service deficiencies and to improve the working of the Insurance Ombudsman mechanism.

To strengthen the timeliness and cost-effectiveness of the Insurance Ombudsman mechanism, a complaints management system is created through which policyholders file complaints electronically to the Ombudsman and can can also track the status of their complaints online.

ii.IRDAI formulated a 10-member advisory committee to improve the product quality and coverage of the health insurance in the country. The committee will be chaired by IRDAI chairman and will have tenure of 1 year.

About Insurance Regulatory and Development Authority of India (IRDAI):