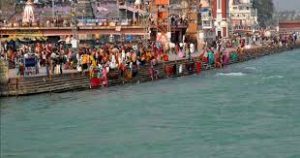 From March 16, 2017 to March 31, 2017, NMCG observed ‘Ganga Swachhta Pakhwada’ in five Ganga Basin States. This programme was a huge success as there was huge mass participation and active involvement from various stakeholders. Owing to such overwhelming response and in order to sustain the momentum for this cause, NMCG decided to organise ‘Ganga Swachhta Sankalp Divas’ on May 2, 2017.

Ganga Cleanliness Resolution Day observed in UP on May 2, 2017

On May 2, 2017, Ganga Cleanliness Resolution Day was observed in 15 cities 985 villages situated on the banks of river Ganga.