President Pranab Mukherjee conferred the Gandhi Peace Prize 2014 to Indian Space Research Organisation (ISRO) in recognition of its services in transforming India through the use of space technology and space based services at Rashtrapati Bhavan.

ISRO Chairman A S Kiran Kumar received the honour which carries Rs one crore in cash, a plaque and a citation. 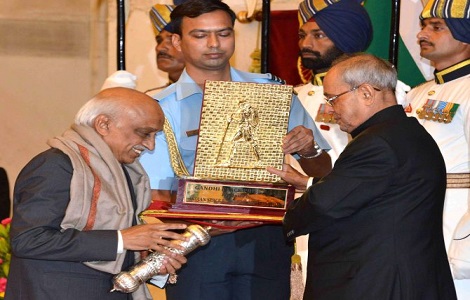