On  January 31, 2020, According to the data released by the Controller General of Accounts (CGA), the fiscal deficit reached 132.4 % of the full fiscal target in December 2019 itself  due to the slow pace of revenue collection in the current financial year-FY 2019-2020.
As per the data, in the first 9 months of the current FY, the fiscal deficit i.e. the difference between expenses & receipts stood at Rs 9,31,725 ​​crore.While, the government in its Medium Term Fiscal Policy (MTFP) Statement presented with the Budget 2019-20, had set a target of limiting the fiscal deficit to Rs 7,03,760 crore, or 3.3 % of gross domestic product (GDP), in the current FY ending March 2020. 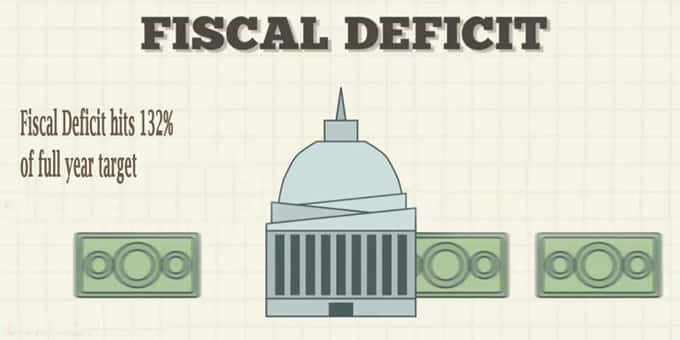 About CGA (Controller General of Accounts (CGA):
CGA,under the Department of Expenditure, Ministry of Finance, is the Principal Accounting Adviser to Government of India and is responsible for establishing and maintaining a technically sound Management Accounting System.
Current CGA– Smt. Soma Roy Burman.