The first Silk Road train arrives in Tehran to connect China and Iran arrived in Tehran.The train is carrying 32 containers of commercial products from eastern Zhejiang province.The track is completed in 14 days. 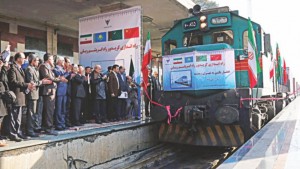