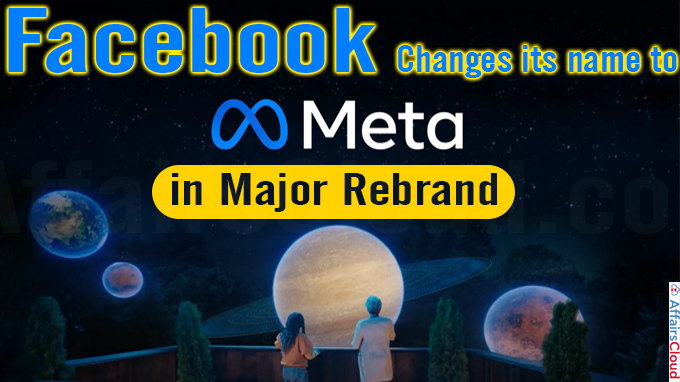 As part of a major rebrand, Facebook Inc has changed its corporate name to Meta (Meta Platforms, Inc.), in an effort to include its virtual reality vision for the future. Facebook CEO Mark Zuckerberg, unveiled his plans to build “Metaverse”, an online world where people can game, work and communicate in a virtual environment.

i.Metaverse is a set of virtual spaces which will allow the user to create and explore with others who are not in the same physical space.

iii.Meta has announced a 50 million USD investment in global research and program partners to ensure the metaverse products are developed responsibly.

i.Meta, A Social Technology Company, will bring together all the apps and technology of facebook under one brand ‘Meta’.

i.Indifi, technology-based lending platform has partnered with Facebook India to launch 1st of its Kind Small Business Loans Programme. It will provide loans worth INR 5 lakh to 50 lakh for Small Businesses advertising in Facebook’s Platform.

ii.The loans will bear an interest rate of 17-20% and 0.2% additional reduction in the interest rate for the businesses owned by Women either partly or Wholly.