On November 22, 2019 the researchers from the Indian Institute of Technology Kharagpur(IIT-KGP), led by professor Sarkar, have discovered archaeological evidence of a 3,000-year-old Iron Age settlement at Karim Shahi in Gujarat and also a historic to medieval settlement at Vigakot near Thar Desert, also from Gujarat. The research was funded by Infosys foundations and IIT KGP. 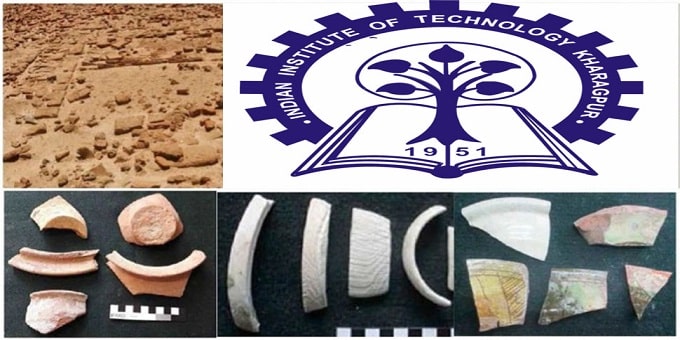 Publication: The findings by researchers of IIT-KGP along with Deccan College, Pune(Maharashtra), Physical Research Laboratory, Ahmedabad(Gujarat), University of Calcutta (West Bengal), and University of Kutch (Gujarat) have been published in Elsevier journal ‘Archeological Research in Asia.’

i.Settlement found at the Karim Shahi region is expected to be from early iron age to early historic age (3100-2300) and the settlement in the Vigakot suggest human habitation of about 1500-900 years old.

ii.Traces of climate-induced migration from the west to the east was found during the archaeological analysis of the region.

iii.Artefacts and other items like pitcher, jars and bull figurines, numerous animal remains such as bones and teeth were discovered in the region. Due to these findings, the region so far called as “Dark Age” due to its lack of evidence and remains has helped joining the missing link between Harappan civilisation and early iron age.