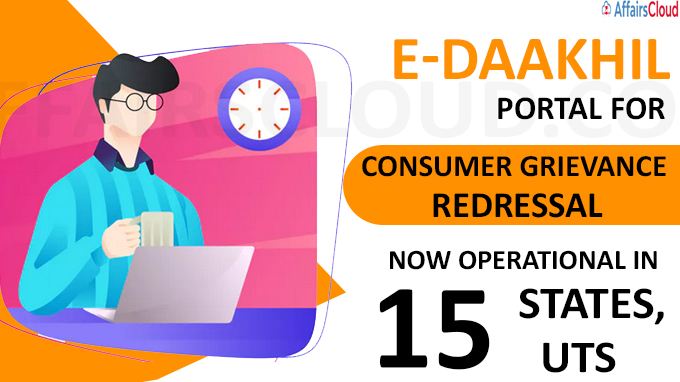 ‘E-Daakhil’ portal which was launched by National Consumer Dispute Redressal Commission (NCDRC) in September, 2020 for Consumer Grievance Redressal (e-filing)  is now operational in 15 States/UTs across India.