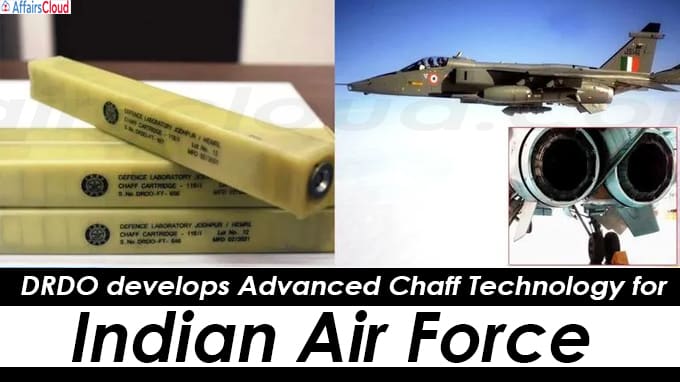 What is the advanced chaff technology?

It is an electronic Counter Measure Dispensing System (CMDS) to protect defence assets, like naval vessels and aircraft by providing passive jamming against Infra-Red, radio frequency and radar threats to ensure survivability of aircraft.

The Indian Navy conducted trials of all three variants in the Arabian Sea with successful results.