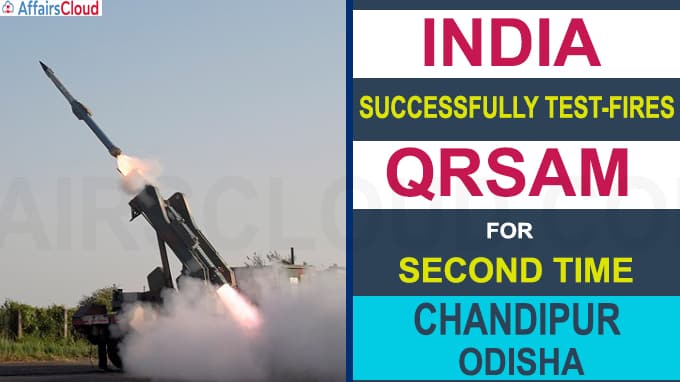 i.The weapon system consisted of all indigenously developed subsystems, and all the objectives of the test were fully met.

QRSAM has been designed to protect moving armoured vehicles from aerial attacks.

iii.It has been deployed in over 40 countries for Air Defence training.

Motto – “Strength’s Origin is in Knowledge”