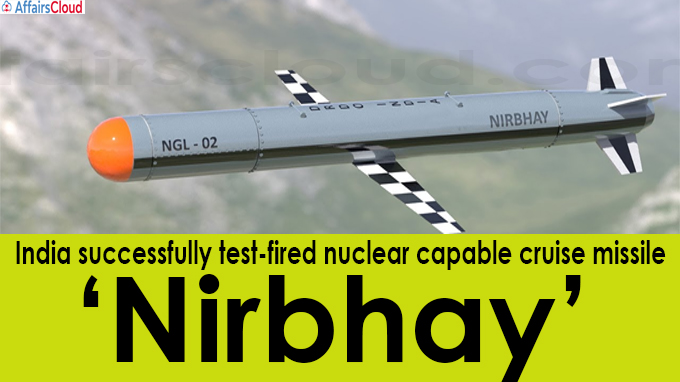 i.Nirbhay is a Terrain hugging missile, which makes it difficult to detect by the enemy’s radards.

ii.The guidance, control and navigation system of the missile is configured around the indigenously designed Ring Laser Gyroscope (RLG) and MEMS-based Inertial Navigation (INS) along with GPS (Global Positioning System).

iii.It is equivalent to the Tomahawk missile of the United States and Babur missile of Pakistan.

On 12th October, 2020, DRDO launched the Nirbhay Cruise Missile from Odisha’s test facility, the mission was aborted due to technical snag.