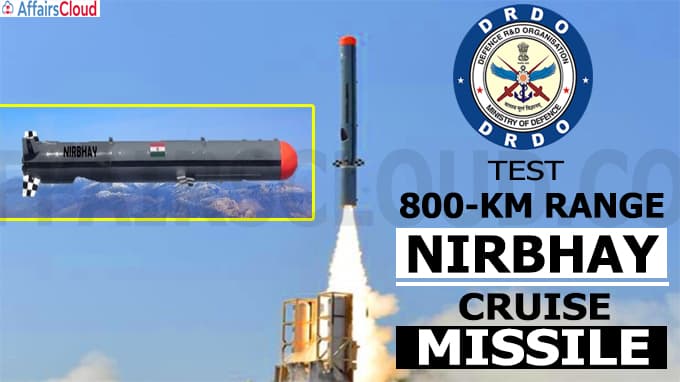 On 12th October, 2020, Defence Research and Development Organisation (DRDO) launched the Nirbhay Cruise Missile from Odisha’s test facility, the mission was aborted due to technical snag.

ii.It was the trial of the Indigenous Technology Cruise Missile (ITCM).

iv.The two-stage Missile has a length of Six Meters, diameter of 0.52 Metres, Wing Span 2.7 Meters and a weight of about 1.5 tonne.

v.It is powered by a solid rocket booster in the first stage & Turbofan, Turbojet in the second stage.