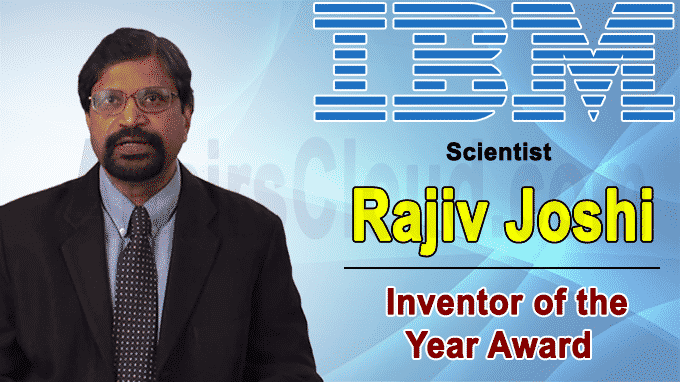 IBM Academy of Technology member Dr. Rajiv Joshi, an Indian-American scientist won The New York Intellectual Property Law Association (NYIPLA) 2020 Inventor of the Year Award, to honour for his work in advancing the electronic industry and improving artificial intelligence (AI) capabilities. He received the award through an online interview.

ii.Inventor of the year is awarded every year to honour the contribution of an inventor towards society and the winner will be awarded $5,000 (Rs. 3.78 Lakhs)

ii.He works for the IBM Thomas Watson Research Center, New York as the Master Inventor with more than 255 patented inventions in the United States and more than 350 international patents.

iii.He is a fellow of Institute of Electrical and Electronics Engineers (IEEE) and his works have been published as reference in more than 200 publications and journals.

i.He holds the Master Inventor title of IBM since 1997.

iii.He was inducted into the New Jersey Inventor Hall of Fame, in 2014