Culture and Tourism Minister Mahesh Sharma released a Commemorative Coin of Rs. 200/– and a Circulation Coin of Rs. 10/- on Tatya Tope on the occasion of his Martyr Day. 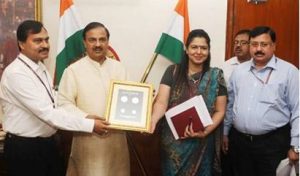 The Government of India is also considering creation of infrastructure in the memory of Tatya Tope by constructing in association with the respective State Governments.