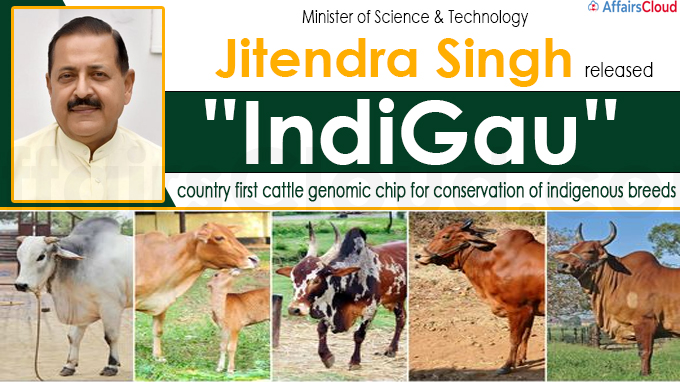 i.This chip is a purely indigenous product which has been developed on the lines of AtmaNirbhar Bharat.

ii.It has 11,496 markers (SNPs- Single nucleotide polymorphisms) which are more than 777K Illumina chips of the United States (US) & United Kingdom (UK) breeds.

iii.DBT will implement this technology with the help of other agencies like NDDB (National Dairy Development Board), DAHDF (Department of Animal Husbandry, Dairying, and Fisheries), ICAR (Indian Council of Agricultural Research) etc.

iv.It should be noted that NIAB inked a collaborative agreement with NDDB to use this chip in generating phenotypic and genotypic correlations.

v.NIAB has also entered into a MoU with private industry to make India capable of designing and making its own SNP chips which can be further strengthened for bigger chips.

MoST will launch a first-of-its-kind Centre of Excellence (CoE) in the Northeast i.e. ‘Centre for Bio-Resources and Sustainable Development’ at Kimin in Papum Pare district of Arunachal Pradesh (AR).

About Ministry of Science and Technology (MoST):