Total of 49 awards are presented under the following categories.The award was first presented in the year 1973 to Sandip Mukerjee, FRCS.

The categories under Dr. B. C. Roy awards are 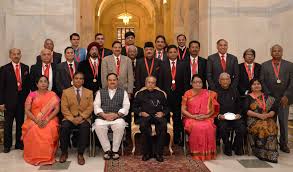 Notable person under this awards are

A total of 9 doctors from AIIMS University received this award.

Notable persons under this award are