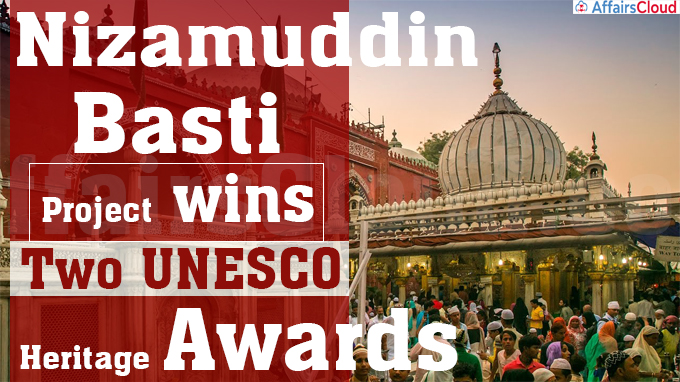 ii.The project involves the meticulous restoration of over 20 historic monuments clustered around the 14th-century mausoleum of the revered Sufi saint, Hazrat Nizamuddin Auliya.

The UNESCO Asia-Pacific Awards for Cultural Heritage Conservation is annually presented to acknowledge exemplary efforts by individuals and organizations to restore or conserve structures, places and properties of heritage value in the region.

The Award-winning projects will receive one bronze plaque and a certificate of recognition.