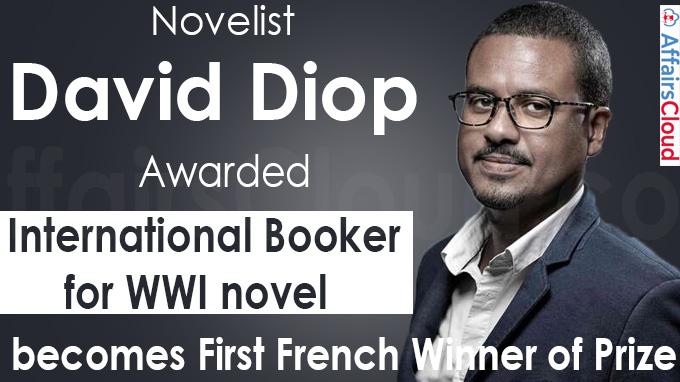 The French Book ‘Frere d’ame’ was written by David Diop and published by Pushkin Press.

About At Night All Blood Is Black:

i.“At Night All Blood Is Black” the 2nd novel of David Diop.It was inspired by his Senegalese great-grandfather’s silence about his experiences in World War I(WWI).

iii.The book is being translated into 13 languages.

ii.The inaugural Prize was won by Ismail Kadare of Albania.