Participants of the meeting :

Kunio Mikuriya also be present in the meeting as an observer.He is the Secretary General of the World Customs Organization (WCO)

By next year ,the centre will launch  a unique Identity card for differently abled persons.This will help the differently abled persons to access  the benefits of various schemes of both state and national governments.Centre is also planning to increase the number of categories of disabilities.(Autism is also a category)The category number will be increased from 7 to 19..For this purpose centre will introduce a new Bill.
Indo-China Joint Military Exercise HAND-IN-HAND 2015

The  exercise will strengthen and broaden interoperability and cooperation between both the Armies as well as complement a number of other exchanges between the two forces.This year exercise highlight  the joint handling of  insurgency at sub-unit level and related issues.The aspect of  Humanitarian Assistance and Disaster Relief will be discussed at headquarters level. The Curriculum of the project planned progressively in such a way that the participants will be familiar with each others organisational structure, weapons, equipment and tactical drills.

The Protocol for the establishment of the India-Ecuador Joint Economic and Trade Committee (JETCO) was signed by the Ambassador of Ecuador to India, H.E. Mr. Mentor Villagomez and Ms. Rita Teotia, Commerce Secretary, Government of India on 9th October, 2015.

The first meeting of the JETCO is proposed to be held early next year in India.

Dena Bank ties up with bankbazaar.com

Popular Choice Award at Climate CoLab of MIT cambridge  was won by an Indian company named Nualgi in the field of nanotechnology.

Proposal made by Nualgi to win the Award :

NHAI to launch app to rein in traffic violators

A mobile app will be launched by the  National Highways Authority of India (NHAI) in December.By using this app people can make complaints against rash driving ,overspeed and other similar acts.NHAI is also working with bulding up a complete information of data bank of all the high ways called as Road Asset Management System (RAMS)

On 9 th October 2015 an app launched by Railway for booking paperless unreserved tickets .This will also cut the queues at the railway station.This app mainly aims at the Mumbai suburban sections ,New Delhi and Hazrat Nizamuddin stations.A currency coin-cum-card-operated automatic ticket-vending machines at various suburban stations on the Central and Western Railway was also launched.

The third and final T20 international between India and South Africa was abandoned without a ball being bowled because of a wet outfield on October 9, 2015.This has allowed the visitors to clinch the three-match Cricket series by 2-0 margins. The umpires called off the match at the Eden Gardens in Kolkata after they inspected the ground at 9:30 pm and found it not suitable for the play. The South African Cricket team and the Indian Cricket team are also slated to play 5-match One Day International (ODI) series that begins with the opener in Kanpur on Sunday and four Tests thereafter.

The new manger of Liverpool Football Club  is Jurgen Klopp.He replaces Brendan Rodgers who was sacked after Liverpool’s draw with rivals Evert 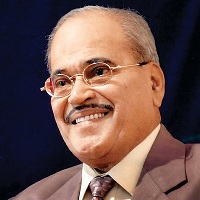 Renowned music director and lyricist Ravindra Jain passed away on 9 October 2015 following a multiple-organ failure in Mumbai, Maharashtra. He was 71.

Flautist N Ramani passed away in Chennai on 9th october 2015.

Ben S. Bernanke’s book The Courage to Act – A Memoir of a Crisis and Its Aftermath released

Purpose : To encourage everyone to eat eggs for health and also to ensure the prosperity of egg industry.