We are here for you to provide the important current affairs November 14 2017 which have unique updates of all daily events from all newspapers such as The Hindu, The Economic Times, PIB, Times of India, India Today, Indian Express, Business Standard, all Government official websites. Our complete current affairs helps you to get more marks in Banking, insurance, UPSC, SSC, CLAT, Railway and all other competitive Exams. NCERT conducts largest ever survey to assess learning levels
National Achievement Survey (NAS), the largest ever assessment survey on national level was conducted by National Council of Educational Research and Training (NCERT) across India on November 13, 2017 to ascertain learning level of students. This survey has been amongst the largest national level surveys in the world.
i. NAS was conducted for the Classes 3, 5 and 8 in government and government aided schools.
ii. Survey Tools: Multiple test booklets with 45 questions in Classes III and V related to language, mathematics and 60 questions in Class VIII in Mathematics, Language, Sciences and Social Sciences. Questionnaires pertaining to students, teachers and schools were also used………………………………………………………..Click here to Read more 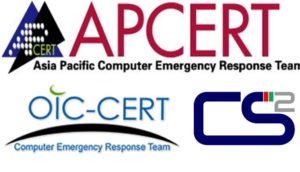 APCERT conference in New Delhi:
i. The APCERT conference is organized by the Indian Computer Emergency Response Team (CERT-In) under the control of Ministry of Electronics & Information Technology.
ii. This is the 15th Conference of APCERT and first ever conference in India and South Asia. It is attended by 21 economies.
iii. The conference theme is “Building Trust in the Digital Economy”. The open session including industry, academia, civil society and Government stakeholders will be held on 15 November 2017.
iv. The open session will be inaugurated by Ravi Shankar Prasad, Minister of Electronics & Information Technology. It is expected to be attended by over 300 cyber security professionals from Asia Pacific region, USA, Europe, Industry, Academia, Government and Media.
About Indian Computer Emergency Response Team (CERT-In):
♦ Director General – Sanjay Bahl
♦ Motto – Handling Cyber Security Incidents

President inaugurates 37th International Trade Fair (ITTF) in New Delhi
On 14th November 2017, President Ram Nath Kovind inaugurated the 37th India International Trade Fair (IITF) – 2017, at Pragati Maidan, in New Delhi.
37th ITTF inaugurated in New Delhi:
i. The India International Trade Fair (IITF) -2017 is a 14-day event. It is organized by India Trade Promotion Organisation (ITPO).
ii. The theme for ITTF 2017 is “Startup India: Stand Up India”. Jharkhand is the partner state for the fair and Vietnam is the partner country.
iii. The President said that, 3,000 exhibitors, including 222 companies from abroad, are participating at IITF 2017. Thirty-two of India’s states and Union territories are represented.
iv. Institutions that are present include self-help groups to big business houses, and from small and medium manufacturing enterprises to digital start-ups.
About India Trade Promotion Organisation (ITPO):
♦ Purpose – promoting India’s external trade
♦ Chairman – LC Goyal
♦ Functions under – Ministry of Commerce and Industry 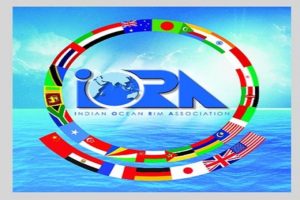 i. This centre will facilitate the exchange of research findings and studies in the field of fisheries and ocean studies among IORA member countries.
ii. With the establishment of a dedicated centre for research, there will be no duplication of research by different member countries.
iii. IORA Centre of Excellence in Kochi will be digitally connected to IORA’s member countries, and researchers in member countries would be provided access to data and information stored in the centre.
iv. Kerala University of Fisheries and Ocean Studies (KUFOS) is being considered as a partner to set up the centre in Kochi.
Quick Facts about Indian Ocean Rim Association (IORA):
♦ Founded in – 1995
♦ Type – Intergovernmental association of 21 countries for promoting co-operation and closer interaction among Indian Ocean-bordering countries
♦ Headquarters – Ebene, Mauritius
♦ Current Secretary General – K V Bhagirath

NGT restricts number of pilgrims visiting Vaishno Devi shrine to 50,000 a day
On 13th November 2017, the National Green Tribunal (NGT) directed that, only 50,000 pilgrims will be allowed to visit the Vaishno Devi shrine in Jammu to avoid any unwanted incidents.
Pilgrims to Vaishno Devi shrine restricted to 50,000:
i. NGT has made clear that, if the number of pilgrims exceeds the prescribed 50,000 count, they will be stopped at Ardhkuwari or Katra town, and will not be allowed to visit the Vaishno Devi shrine.
ii. It also said that, a new path to the shrine exclusively for pedestrians and battery-operated cars will be opened from 24 November 2017. No horses or mules shall be allowed on the new route to the shrine and these anmimals shall be removed slowly from the old path also.
iii. It also directed the authorities to impose a fine of Rs. 2,000 on anyone found littering the roads and the bus stop at the nearby Katra town.
About National Green Tribunal (NGT):
♦  Purpose – a special tribunal to handle the speed and efficient disposal of cases related to environmental issues
♦  Chairperson – Justice Swatanter Kumar

i. The event was addressed by Anand Kumar, Secretary, Union Ministry of New and Renewable Energy and C.K. Mishra, Secretary, Environment, Forest and Climate Change, Government of India.
ii. Interim Director General of the ISA, Upendra Tripathy, informed that ISA will become a treaty-based international intergovernmental organisation on December 6 2017.
iii.Three programmes of ISA that are currently underway include, Facilitating affordable finance for solar energy, Scaling up solar applications for agriculture and Promoting solar mini-grids in Member Nations.
iv. During the event, discussions were also held on ISA’s Common Risk Mitigation Mechanism (CRMM) project, aimed at de-risking investments into solar energy projects.
About International Solar Alliance (ISA):
♦ The International Solar Alliance is an alliance of more than 121 countries which are located completely or partly between Tropic of Cancer and Tropic of Capricorn.
♦ It was jointly launched by the Prime Minister of India Narendra Modi and the then President of France Francois Hollande in November 2015 in Paris, on the side lines of COP21. 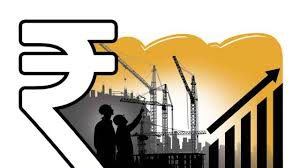 i. This projection is based on the assumption that Indian economy will grow at 10% rate in US dollar terms over the next 10 years, ahead of Japan’s 1.6% growth rate.
ii. Besides, the report has forecasted that India will become a world’s fifth largest economy (ahead of France and United Kingdom) by 2019.
iii. The report has outlined three strong growth drivers for Indian economy which will significantly increase the size of Indian economy. First one being falling dependency ratio (unproductive population in the 0-14 and over-65 age group), which should raise saving and investment rates.
iv. Second driver is financial maturity, due to financial liberalisation and inclusion which should continue to lower lending rates for new enterprises and expansion of current businesses.
v. Third dirver is increasing incomes and affordability which will prove as a feeder for emergence of mass markets.
Quick Facts about Bank of America Merrill Lynch (BofA-ML):
♦ Founded in – 2009
♦ Business Area – Corporate and investment banking division of Bank of America
♦ Headquarters – New York, US
♦ Current CEO – Patricia Wyatt

Crisil, Sidbi tie up to launch MSME sentiment index – CriSidEx
Ratings firm CRISIL(Credit Rating Information Services of India Limited) and Small Industries Development Bank of India (SIDBI) have signed a Memorandum of Understanding (MoU) to launch CriSidEx, a sentiment Index for Micro, Small and Medium Enterprises (MSME).
i. This index will provide insights into employment, business environment and foreign trade trends in the MSME sector.
ii. It is to be noted that currently, relevant and actionable data on Micro, Small and Medium Enterprises (MSME) in India comes with a significant lag, which cannot be used effectively to assess the ground situation in MSME ecosystem………………………..Click here to Read more Slovenia’s President Borut Pahor – re-elected:
i. According to the Slovenian Election Commission, Borut Pahor had won about 53 % of the vote and opponent Marjan Sarec had 47 % with 99.9 % of the votes counted.
ii. Borut Pahor was forced into a second-round run-off after falling short of securing a majority in the first round in October 2017.
iii. In the first round three weeks ago, Pahor won about 47 % of the vote among nine candidates, with Sarec coming in second with almost 25 %.
iv. Pahor was a long-serving leader of the center-left Social Democrats but ran for president both times as an independent candidate. He was Slovenianprime minister from 2008 to 2012.
About Slovenia:
♦ Located in the southern Central Europe
♦ President – Borut Pahor
♦ Prime Minister – Miro Cerar

NIOT to build India’s first offshore desalination plant near Chennai coast
Director of National Institute of Ocean Technology (NIOT) Satheesh C Shenoi said that, scientists from NIOT will build India’s first offshore desalination plant about 40km from the Chennai coast.
India’s first offshore desalination plant near Chennai coast:
i. This desalination plant is estimated to cost Rs. 2,000 crore. It will be designed and built by NIOT scientists off the shores of Ennore. The capacity of the plant will be 10 million litres of water per day.
ii. The plant will operate on Low Temperature Thermal Desalination (LTTD), a low cost and environment friendly technology to get potable water. The technology is based on the temperature difference in seawater at different depths.
iii. At the beginning, the plant will be diesel powered. Eventually, scientists are hoping to operate the plant with electricity generated through Ocean Thermal Energy Conversion Technology (OTEC).
About National Institute of Ocean Technology (NIOT):
♦ Headquarters – Chennai
♦ Director – Satheesh C Shenoi
♦ Functions under – Ministry of Earth Sciences

Asgardia – launched ‘Asgardia-1’ into space:
i. The Asgardia – so-called ‘virtual nation’ is the project of Russian scientist and billionaire Igor Ashurbeyli. In 2016, he proposed a new nation which would be based in space in order to be outside of the control of nations on Earth.
ii. The Asgardia-1 satellite, which is about the size of a loaf of bread, contains half a terabyte of data. It holds the foundations of the project – the nation’s constitution, its national symbols, and data from its 115,000 citizens.
iii. It was launched aboard a Cygnus spacecraft on an Orbital ATK Antares rocket. The Cygnus craft docked with the International Space Station on 14 November 2017. After a month, it will release Asgardia’s satellite into orbit.
About NASA’s Wallops Flight Facility:
♦  Purpose – rocket launch site to support science and exploration missions for NASA and other Federal agencies
♦ Operated by – Goddard Space Flight Center in Greenbelt, Maryland
♦  Director – William Wrobel

China launches world’s first fully electric cargo ship
China has launched the world’s first all-electric ship, which can travel up to 80 km with 2000-tonnes cargo after a two-hour charge.
i. The ship is 70.5-metre-long and weighs about 600 tonnes.
ii. It was launched in Guangzhou in South China’s Guangdong Province.
iii. The ship has been manufactured by the Guangzhou Shipyard International Company Ltd.
iv. It is powered by a 26-tonne lithium battery and can cruise at the top speed of 12.8 km per hour. 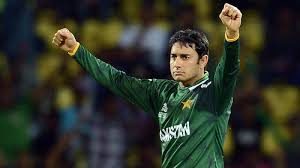 Saeed Ajmal retires from all forms of cricket:
i. Saeed Ajmal has announced his retirement from all forms of cricket two years after his bowling action was remarked as illegal for the second time.
ii. During a successful but controversial career, Saeed Ajmal was once celebrated as the world’s number one bowler in one-day internationals (ODIs) and Twenty20 cricket, and was almost as successful in Tests.
iii. His last match was at Galle in Sri Lanka in 2014, where his bowling action was reported for a second time. It was first reported during an ODI series against Australia in the UAE in 2009.
Some of the stadiums in Pakistan:
♦ Arbab Niaz Stadium, Peshawar
♦ Asghar Ali Shah Cricket Stadium, Karachi
♦ Gaddafi Stadium, Lahore
♦ Jinnah Sports Stadium, Islamabad 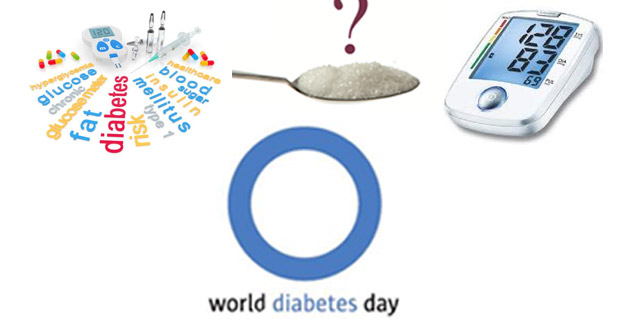