We are here for you to provide the important current affairs May 29 2018 which have unique updates of all daily events from all newspapers such as The Hindu, The Economic Times, PIB, Times of India, India Today, Indian Express, Business Standard, all Government official websites. Our complete current affairs helps you to get more marks in Banking, insurance, UPSC, SSC, CLAT, Railway and all other competitive Exams. 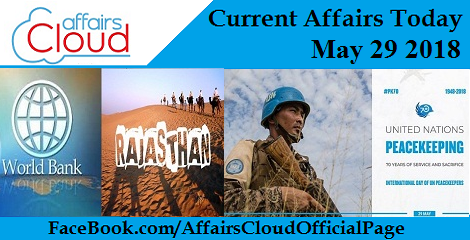 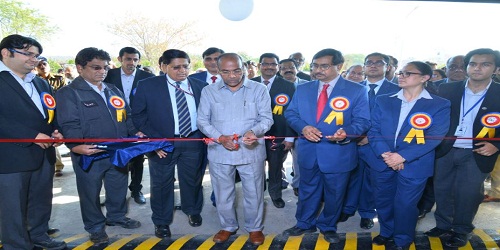 Facilities under NATRIP at ICAT Manesar:
i. The augmented facilities are as follows: 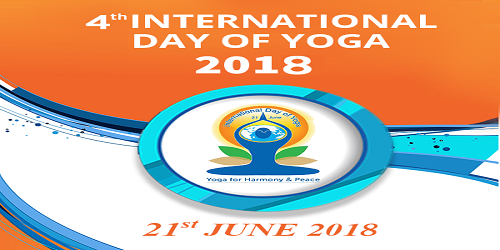 Key points:
i. It will be the venue for Mass Yoga Demonstration.
ii. The Government of Uttarakhand is making arrangements for the main event. Key points:
i. This joint expedition will further strengthen the relatioons of the two concerned countries .
ii. The team has a 16-member Indian Armyteam and a 10-member Bangladesh Army team.
iii. Mt Nanda Devi east base camp is located 4300m from the sea level and has a very challenging trekking route. 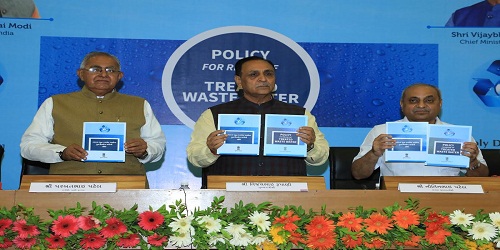 Objective:
To reuse and treated waste water and reduce state’s dependency on fresh water resources like Narmada River.
Salient Features:
i. The policy is called : ‘Reuse of Treated Waste Water Policy’.
ii. Setting up of161 Sewage treatment Plants (STP) in all major towns in Gujrat for non-drinking purposes.
iii. The treated water would be used in industrial units, thermal power plants, gardening, and in the construction sectors.
iv. Presently , around 2600 million litres per day(MLD) waste water is being treated by the 52 STPs in  the state.
v. This policy will double the water capacity to around 5000 million litres per day (MLD)in two years.
INTERNATIONAL AFFAIRS Mandatory for Thermal power plants  located within a radius of 50 kmsof an STP to use the treated water. This also applies to Industries and industrial parks consuming over 1 lakh litres of water per day.
vii. The state would disconnect Fresh water connection given to them after this policy comes to being.
Gujrat:
Capital: Gandhinagar.
Chief Minister : Vijay Rupani Gaj Yatra:
i. In 2014, villagers in Garo Hills offered a part of their community-owned land to develop village reserve forests for the passage of elephants.
ii. To honour this effort the Gaj Yatra has been launched. The Gaj Yatra aims to secure 100 elephant corridors in India.
iii. Four of such corridors are in Meghalaya. As a part of the event, an elephant mascot is carried across districts where elephants cross frequently to create awareness among the people. 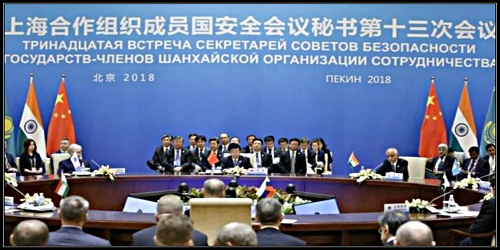 Key points:
i. The Indian Delegation was headed by Additional Secretary (Multilateral Diplomacy ) Gitesh Sharma .
ii. India focused on security challenges on the borders of Afghanistan and offered support to peace made by the President of Afghanistan.
iii. India also focused on the socio-economic development of the afghan people and ensured greater connectivity with Afghanistan.
iv. Bilateral talks of India with China, Tajikistan, Russia, Afghanistan were also held.
About Shanghai Cooperation Organisation(SCO):
♦ It consists of China, Kazakhstan , Kyrgyzstan, Russia, Tajikistan, Uzbekistan , India and Pakistan. India and Pakistan became a part of this group in 2017.
♦ Iran, Afghanistan, Belarus and Mongolia is each an observer in the SCO.
♦ Headquarters: Beijing , China.

India signs Loan Agreement with the World Bank for USD 21.7 Million for Strengthening the Public Financial Management in Rajasthan Project
On 29th May 2018, an agreement for IBRD Credit of USD 21.7 Million from World Bank for the Strengthening of Public Financial Management in Rajasthan Project was signed in New Delhi. 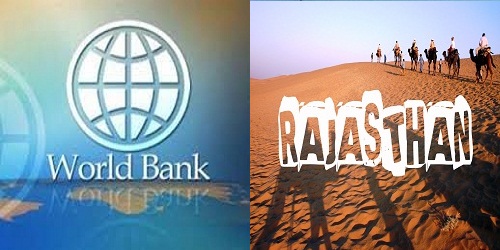 India signs Loan Agreement with the World Bank:
i. The agreement was signed by Sameer Kumar Khare, Joint Secretary (FB and ADB), Department of Economic Affairs, Ministry of Finance on behalf of Indian Government and Mr. Hisham Abdo, Acting Country Director, World Bank (India) on behalf of the World Bank.
ii. The Implementing Entity Agreement was signed by the Secretary, Finance (Budget) on behalf of Rajasthan Government, and the Acting Country Director (India) on behalf of the World Bank.
iii. Project size: is nearly USD 31 million. Out of this USD 21.7 million will be funded by the World Bank. Rest of the amount will be funded-out of the State Budget.
iv. Duration of this project: is 5 years. The objective of this project is to contribute to enhanced Budget execution, better accountability and improved efficiency in Revenue Administration in Rajasthan.
v. This Project also involves Strengthening of the Public Financial Management Framework, Strengthening of Expenditure and Revenue Systems, and Project Management and Capacity Building etc.
About World Bank:
♦ President – Jim Yong Kim
♦ Headquarters – Washington, D.C., U.S.

DAC approved procurement of equipments for Army and the Air Force under ‘BUY(Indian) IDDM’
On May 29,2018, The Defence Acquisition Council (DAC ) chaired by Defence Minister Ms Nirmala Sitharaman has approved of the acquisition of defence equipment.
Objective:
To establish indegenisation of Indian growing techonological sector for Defence manufacturing .
Key Points:
i. This procurement amounts to a value of Rs. 6900 crore.
ii. procurement of : Thermal Imaging (TI)for 84mm Rocket Launcher for the Indian Army will help to engage and detect any movements at night under ‘Buy Indian-IDDM’ .
iii. procurement of : Long Range Dual Band Infrared Imaging Search and Track System (IRST) for SU-30 MKI aircraft under Make ‘II’ subcategory of ‘Buy (Indian-IDDM)’  for atleast 100 IRSTs.
iv. Approvals of procurement of total Rs. 43844 crorehas been signed of which Rs. 32,253 crore would be of ‘Make in India’ category. Defence secretary Sanjay Mitra gets additional charge of DRDO
On May 29,2018, Government of India announced that Defence Secretary Sanjay Mitra has been given Additional charge of DRDO .
i. The current DRDO chief is S. Christopher and will retire after the extended one year tenure in 2018.
ii. The DRDO chief and Scientific Advisor post was held by one person until 2015 when government bifurcated these two to individual post. 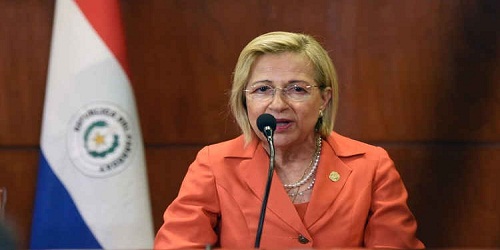 i. She has been named the interim president after the current President Mr. Horacio Cartes steps down and before Mr. Mario Abdo ( The newly elected president )starts his tenure for 5 years.
ii. She is currently acting as the Vice President of the country.
iii. She is a lawyer by profession and is a part of right wing Colorado Party.
Paraguay:
Considered Latin Americas’ poorest country .
Capital: Asunción
Currency: Paraguayan guaraní

Senior journalists Devulapalli as new President and Indrajit as new Secretary-General: IJU
On May 29,2018, Senior Journalists Amar Devulapalli and Sabina Indrajit have been appointed as the President and the Secretary –General of the Indian Journalists Union (IJU) .
Key points:
i. Devulapalli is a Hyderabad based journalist who is the consulting editor of Shakshi daily.
ii. Indrajit is a senior journalist in Delhi and works as the Associate Editor of Indian News and Features Agency (INFA).
iii. They would be replacing former President Mr. S N Sinha  and former Secretary –General K Sreenivas Reddy. i. Theme of 2018 International Day of UN Peacekeepers is : 70 Years of Service and Sacrifice.
ii. It is observed internationally to pay tribute to the 3700  uniformed and civil personnel ho lost their lives upholding peace.
iii. This was celebrated since 1948.
iv. UN Headquarters: New York, US.