We are here for you to provide the important current affairs May 10 2018 which have unique updates of all daily events from all newspapers such as The Hindu, The Economic Times, PIB, Times of India, India Today, Indian Express, Business Standard, all Government official websites. Our complete current affairs helps you to get more marks in Banking, insurance, UPSC, SSC, CLAT, Railway and all other competitive Exams. 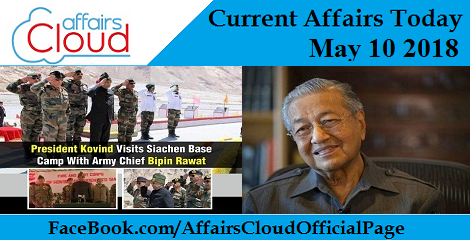 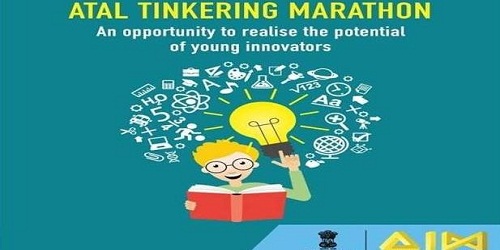 Green licence plates for e-vehicles:
i. The green licence plates will make it easy to identify electric vehicles for preferential treatment in parking, free entry in congested zones and other proposed benefits like concessional toll.
ii. Currently there are four kinds of vehicle number plates in India: white licence plates with numbers in black font for private vehicles, yellow plates with black font for commercial vehicles, black plates with yellow font letters for self-driven rental vehicles and blue plates with white font for Embassies and High Commissions.
iii. In a bid to promote electric vehicles in India, government is also contemplating to allow youth in the age bracket of 16-18 years to drive electric scooters and making compulsory for taxi aggregators to have a certain percentage of e-vehicle fleet. 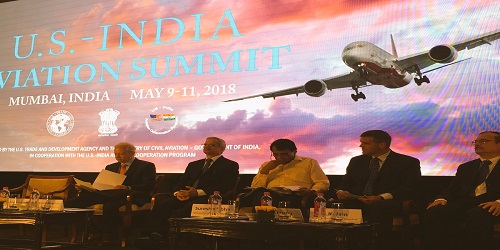 Highlights of 6th US-India Aviation Summit:
i. This three-day Summit is being jointly organised by Union Ministry of Civil Aviation and US Trade and Development Agency (USTDA).
ii. The Summit will serve as a platform for Indian civil aviation agencies and aviation industry representatives, including private sector airlines and airport operators, to identify advanced US technologies and practices, that can support their expansion and modernization efforts.
iii. Various sessions focusing on India’s projected aviation growth in next five years, aviation and runway safety, aviation security, technologies for worldwide airspace management and regional connectivity will be held during the course of this summit.
iv. India’s civil aviation sector is slated to be third largest market globally by 2020 and, potentially, the largest by 2030.

India’s clean energy capacity touches 70 GW: MNRE
Union Ministry of New and Renewable Energy (MNRE) has stated that India’s installed clean energy capacity has already touched 70 GW as per data compiled on March 31, 2018.
India’s clean energy installed capacity:
i. MNRE stated that that renewable energy capacity of 11788 MW was added during last fiscal, which is the highest ever in a single year.
ii. The ministry also added that 100 billion units of electricity was generated through renewables during last fiscal, which also is the highest ever so far.
iii. As per data compiled till March 31, 2018, 38 GW clean energy capacity is under implementation.
iv. On account of fast progress in the areas of renewable energy, Power and New & Renewable Energy Minister R K Singh has reaffirmed government’s commitment to meet target of having 175 GW by 2022. 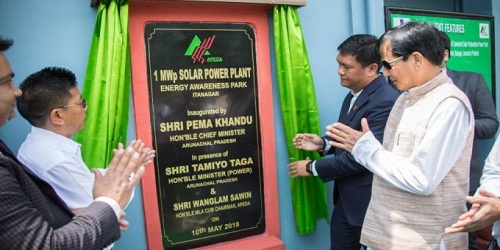 Arunachal Pradesh’s biggest solar power plant:
i. The plant has a capacity of 1 MW. It was commissioned on 1st April 2018. Estimated investment for the park is Rs 8.50 crore.
ii. The project was implemented by Arunachal Pradesh Energy Development Agency (APEDA).
iii. The fully-automatic plant will be able to operate without manpower. Based on weather and solar radiation, power generation starts at 5.30 am and continues till 6 pm.
iv. The plant has generated over 1 lakh units of electricity from the start of its commissioning.
About Arunachal Pradesh Energy Development Agency (APEDA):
♦ Director – Marki Loya
♦ Type – A state government agency of government of Arunachal Pradesh 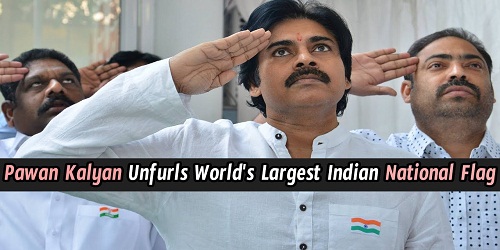 Guj-Poland sign MoU on organising independence centenary
On 9th May 2018, a MoU was signed between Gujarat government and the Poland government regarding the centenary celebrations to mark independence of Poland in Delhi and other regions of the world.
Guj-Poland sign MoU on organising independence centenary:
i. The department of youth and cultural affairs of Gujarat government will be co-organisers for the centenary celebrations.
ii. The MoU was signed by Polish ambassador to India Adam Burakowski and principal secretary of youth and cultural affairs department V P Patel.
iii. According to the MoU, the Gujarat state government’s cultural affairs department will help Poland in organising and publicising “generations to generations” programme in Delhi and other regions of the world.
iv. During the World War II, King of Jamnagar Digvijaysinh Jadeja offered shelter to more than 600 women and children of Poland.
iv. A programme about the king offering shelter to Polish people will be conducted. Poland got independence in October 1918.
Some important stadiums in Gujarat:
♦ Moti Bagh  Cricket Stadium
♦ IPCL Sports Complex Ground
♦ Madhavrao Scindia Cricket Ground 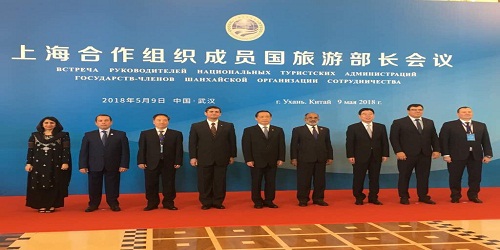 AAI, Harris Ink Rs 945-Cr Deal For Futuristic Telecom Infra
On 10th May 2018, Airports Authority of India (AAI) signed a Rs 945-crore deal with the Harris Corporation of the US for development of its futuristic telecommunications infrastructure (FTI) programme.
AAI, Harris Ink Rs 945-Cr Deal For Futuristic Telecom Infra:
i. The contract is for 15 years. It was signed at the sixth edition of the US-India aviation summit that started on 10th May 2018 in Mumbai.
ii. The implementation of FTI network will offer improved air traffic safety, airspace capacity and environment friendly flight levels.
iii. Under this, all telecommunication links and each network equipment in the AAI airports will be monitored centrally 24/7 for immediate response to fix any outages.
iv. According to the deal, Harris Corporation will be the prime contractor and systems integrator for the programme. The programme will be executed in two years.
v. Harris Corporation will upgrade network operations, improve security, performance, reliability and quality of the air traffic management communications network, and reduce telecommunications costs.
vi. The FTI projectwill offer high availability of SLA-based telecommunication links through advanced technology and communications infrastructure at AAI airports.
vii.  Performance of all telecommunication links will be continuously monitored at network operation control centres (NOCCs) at Delhi and Bangalore.
viii.Security operation control centres (SOCCs) will protect the network from cyber threats.
ix. Remote and virtual tower (RVT) is a new concept through which air traffic service at an airport is conducted somewhere else.
About Airports Authority of India (AAI):
♦ Chairman – Guruprasad Mohapatra
♦ Headquarters – New Delhi 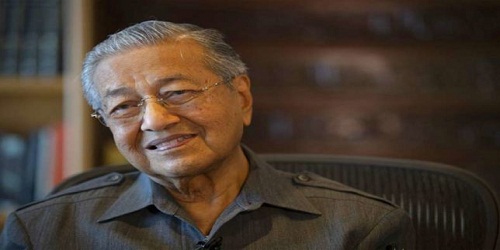 About Mahathir Mohamad:
i. Earlier, Mahathir governed Malaysia for 22 years from 1981 to 2003 as strongman leader of the Barisan Nasional coalition.
ii. However, for the 14th General Election, he came out of retirement and defected to the opposition.
iii. The opposition coalition under Mahathir managed to get the simple majority and defeated incumbent PM Najib Razak, who came to power in 2009.
iv. Najib’s defeat also marks the ouster of ruling Barisan Nasional (BN) coalition, which has been in power since Malaysia’s independence in 1957.
Quick Facts about Malaysia:
♦ Capital – Kuala Lumpur
♦ Currency – Ringgit
♦ Independence from United Kingdom – 1957 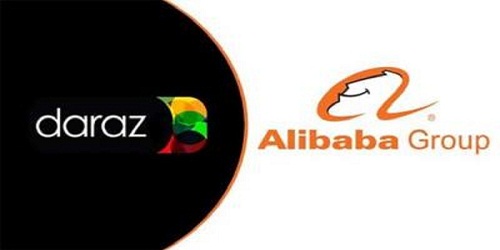 Alibaba buys Pakistan e-commerce firm Daraz:
i. Financial details of the transaction were not revealed. Daraz was founded in 2012.
ii. It operates in Bangladesh, Myanmar, Sri Lanka, Nepal and Pakistan. Daraz will continue to function under the same brand. 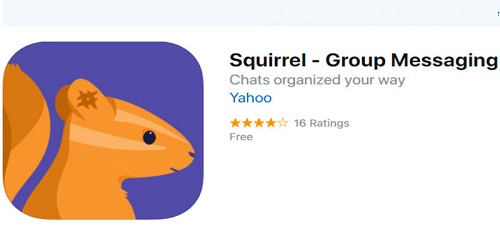 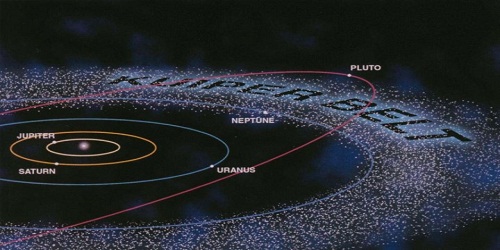 Details about 2004 EW95:
i. Kuiper belt is a circum-stellar disc in the outer Solar System, extending from the orbit of Neptune to approximately 50 astronomical unit (AU) from the Sun.
ii. As per the study, 2004 EW95 seems to have formed in the asteroid belt between Mars and Jupiter and then would have been flung billions of kms to its current locations.
iii. Researchers have found that 2004 EW95’s reflectance spectrum (specific pattern of wavelengths of light reflected from an object) is different from similar small Kuiper Belt Objects.
iv. Discovery of this object, technically referred to as carbonaceous asteroids, testifies theoretical models, which suggest that during early days of our solar system,  after the gas giants formed, they rampaged through the solar system, ejecting small rocky bodies from the inner solar system to far-flung orbits at great distances from the Sun.