We are here for you to provide the important current affairs March 6 2018 which have unique updates of all daily events from all newspapers such as The Hindu, The Economic Times, PIB, Times of India, India Today, Indian Express, Business Standard, all Government official websites. Our complete current affairs helps you to get more marks in Banking, insurance, UPSC, SSC, CLAT, Railway and all other competitive Exams. 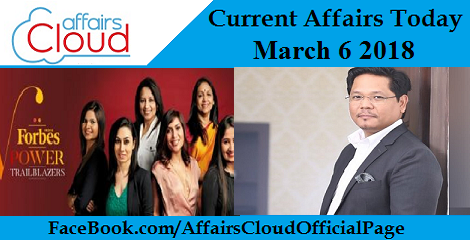 Details about India’s first helicopter taxi service:
i. The first trip of the heli taxi was between Electronic City and Kempegowda International Airport in Bengaluru and was completed in 15 minutes.
ii. This service has been launched by Kerala-based Thumby Aviation Private Limited, using a Bell 407 helicopter with a capacity of six passengers.
iii. Currently, the heli taxi will operate between Electronic City and Kempegowda International Airport in Bengaluru only. However, Hindustan Aeronautics Ltd. (HAL) airport will also be added in the next few weeks.
iv. Seats can be booked online by downloading the Thumby mobile app (Heli Taxii).
v. The fare for this route is fixed at Rs 3500 per seat plus Goods and Services Tax (GST) at 18%.

Himachal to set up medicinal plant board centre
On March 5, 2018, Himachal Pradesh State Government approved the setting up of a regional-cum-facilitation centre of the National Medicinal Plants Board of the Ministry of Ayush.
Medicinal Plants Board Centre in Himachal Pradesh:
i. Decision in this regard was taken during the State Cabinet meeting chaired by Himachal Pradesh Chief Minister Jai Ram Thakur.
ii. This centre will be set up in Jogindernagar town in Mandi district of Himachal Pradesh.
iii. Rs. 748.30 lakh has been allocated for setting up this centre, wherein the central government would provide a grant of Rs 149.60 lakh.
iv. The centre will provide inputs for conservation, cultivation and sale of medicinal plants and will also facilitate training, research and development of region-specific planting material.
Quick Facts about Himachal Pradesh:
♦ Capital – Shimla, Dharamshala (second capital, in winter)
♦ Current Governor – Acharya Dev Vrat
♦ Current Chief Minister – Jai Ram Thakur
♦ Important National Park – Pin Valley National Park, Khirganga National Park

Myanmar puts off border pact with India
Myanmar has indefinitely postponed signing an agreement with India to streamline the free movement of people within 16 km along the border.
i. In context of this news it is important to note that India and Myanmar share a 1643 km unfenced border.
ii. Indian states that share border with Myanmar are Arunachal Pradesh (520 km), Nagaland (215 km), Manipur (398 km) and Mizoram (510 km).
iii. In January 2018, Union Cabinet had approved the agreement between India and Myanmar on land border crossing with a view to enhance economic interaction between people of the two countries.
iv. Indian Government at Centre had also directed all the above mentioned states to distribute “border pass” to the residents living within 16 km from the border.
v. However, Myanmar has indefinitely deferred signing the agreement citing domestic compulsions.
Quick Facts about Myanmar:
♦ Capital – Naypyidaw
♦ Currency – Burmese kyat
♦ Current President – Htin Kyaw
♦ Important River – Irrawaddy 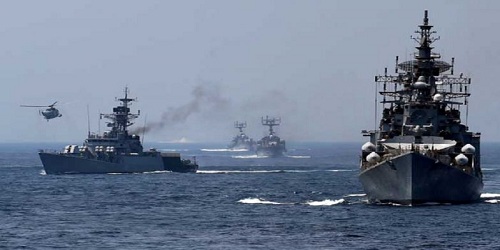 War Games of Indian Navy:
i. The War Games were conducted on both, the Western Seaboard of India as well as the Eastern Seaboard,  extending from the Northern Arabian sea off the coast of Gujarat to the Southern Indian ocean off the Sunda Straits near Indonesia
ii. The War Game on the Western seaboard was codenamed Exercise Paschim Lehar and on the Eastern Seaborad the code name was ENCORE (Eastern Naval Command Operational Readiness Exercise).
iii. Conducting War Games on both the seaboards was in line with Indian Navy’s threat perceptions of a two-front war.
iv. All operational ships, submarines and aircraft of Indian Navy, Air Force and Coast Guard along with men and equipment of the Army participated in these War Games.

Punjab inks MoU with Nandan Nilekani’s e-gov to provide online services
Punjab State Government has signed a Memorandum of Understanding with Nandan Nilekani’s e-Governments Foundation (e-Gov) for managing of electronic governance of Urban Local Bodies (ULBs) across the state.
Information about MoU between Punjab Government and e-Gov:
i. As per the terms of the MoU, a total of 67 services would be provided online within a span of one year.
ii .The services have been grouped under 12 modules viz. property tax, complaints and grievance, water and sewerage management, licensing, fire service, birth and death, verification, ULB web portal, state and ULB dashboards, mobile application, payroll and financial accounting.
iii. eGovernments foundation (co-founded by Nandan Nilekani) is engaged in transforming urban governance by enabling efficient and effective municipal operations and contact-less urban service delivery, with the use of scalable and replicable technology solutions.
Quick Facts about Punjab:
♦ Capital – Chandigarh
♦ Current Chief Minister – Amarinder Singh
♦ Current Governor – V P Singh Badnore
♦ Important River – Sutlej

Washington becomes 1st state to approve net-neutrality rules
On March 5, 2018, Washington became the 1st state in US to pass its own net-neutrality law after US regulator, Federal Communications Commission’s (FCC) repealed rules set during Obama administration that banned internet providers from blocking content or interfering with online traffic. 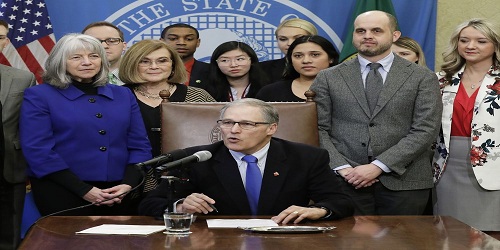 Washington -1st state to approve net-neutrality rules:
i. Washington’s bill for its own net-neutrality laws was signed by Goernor Jay Inslee.
ii. The bill forbids internet service providers from blocking or slowing the flow of web content, or from charging websites for higher delivery speeds.
iii. Provisions of this bill may technically be in contravention to  FCC’s order of repealing net neutrality rules which forbid states from filling the void with their own rules.
Net Neutrality:
♦ Principle that Internet service providers should enable non-discriminatory access to all content and applications on the web, regardless of the source is referred to as net-neutrality.

Sri Lanka declares state of emergency after Buddhist-Muslim clash
On March 6, 2018, Sri Lankan Government declared a state of emergency for 10 days to prevent the spread of communal violence between majority Sinhala and minority Muslims in Kandy district.
State of emergency in Sri Lanka:
i. The violence in Kandy was triggered by the death of a Sinhalese man at the hands of a mob last week.
ii. In the ensuing violence, 10 mosques, 75 shops and 32 houses belonging to the minority community were damaged.
iii. In order to contain the violence by imposing curfew and restoring order, Sri Lankan Government has sent troops and elite police commandoes to Kandy.
iv. This will be the first time since August 2011, that a state of emergency will be in force in Sri Lanka.
v. During emergency, troops are deployed on the street and the armed forces are authorised to search and arrest people without a warrant.
Quick Facts about Sri Lanka:
♦ Capital – Colombo
♦ Currency – Sri Lanka rupee
♦ Current President – Maithripala Sirisena
♦ Important Stadium in Sri Lanka – R. Premadasa International Cricket Stadium Paytm for Business:
i. The ‘Paytm for Business’ app is available in Android Play Store. This app is available in 10 regional languages.
ii. It can be used by merchants and business partners who use Paytm as payment mode at their offline stores in Tamil Nadu.
iii. Using this app, merchants can accept payments digitally and immediately view their transactions without waiting for a confirmation SMS or e-mail.
iv. Merchants can check the details of every transaction and download it daily or weekly.  They can also check estimated time of bank settlement through the app.
About Paytm:
♦ Founder – Vijay Shekhar Sharma
♦ Type – Indian e-payments and e-commerce brand i. As per the terms of the agreement, Microsoft will purchase 3 megawatts of solar-powered electricity from Atria Power for its new office building in Bengaluru. 3 megawatts of solar-powered electricity will fulfill 80 % of the projected electricity needs at this building.
ii. This building will be operational from June 2018, and with the purchase agreement coming in force, Microsoft’s total global direct procurement in renewable energy projects will reach nearly 900 megawatts.
iii. Microsoft has set a target that at least 50 % of its energy usage worldwide should come from wind, solar and hydropower electricity by the end of 2018.
Quick Facts about Microsoft:
♦ Founded in – 1975
♦ Headquarters – Washington, US
♦ Current CEO – Satya Nadella

OVL signs pact for developing Susangerd oilfield in Iran
ONGC Videsh Ltd. (OVL), an overseas subsidiary of Oil and Natural Gas Corporation has signed a Memorandum of Understanding (MoU) with IDRO Oil (a subsidiary of state-run Iranian Development and Renovation Organisation), in developing Susangerd field in Iran. Details about OVL-IDRO Oil MoU:
i. As per the terms of the MoU, OVL and IDRO Oil will jointly bid for a USD 1 billion contract for development of Susangerd oilfield in southern Iran.
ii. Susangerd oil field in Khuzestan province of Iran is one of the newest finds, which can support production of around 30000 barrels per day.
iii. IDRO Oil is one of 17 entities that has received the Iranian oil ministry’s approval to be a lead partner in joint ventures with international companies to work in the country’s energy sector.
Quick Facts about ONGC:
♦ Founded in – 1956
♦ Headquarters – Dehradun, Uttarakhand
♦ Current Chairman – Shashi Shanker W-Power Trailblazers:
i. This list is not a ranking. It is a qualitative selection. It consists of ground breakers, game-changers and innovators from various sectors like technology, law, banking, insurance, media, biotech and startup.
ii. This list of 25 women achievers was finalised based on votes from the jury.
iii.Some of the women featured in the list are:
1.Chiki Sarkar – publisher of Juggernaut Books
2.Adhuna Bhabani – founder-director of Bblunt
3.Anupriya Acharya – CEO (India) of Publicis Media
4.Kavitha Sairam – co-founder of FIB-SOL Life Technologies
5.Dina Wadia and Shivpriya Nanda – joint managing partners of J Sagar Associates
About Forbes India:
♦ Editor – Brian Carvalho
♦ CEO – Joy Chakraborthy 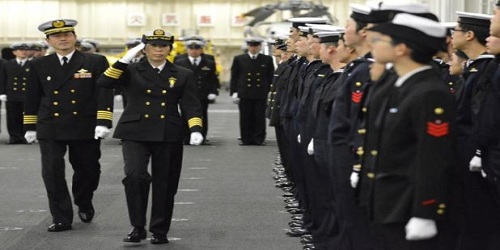 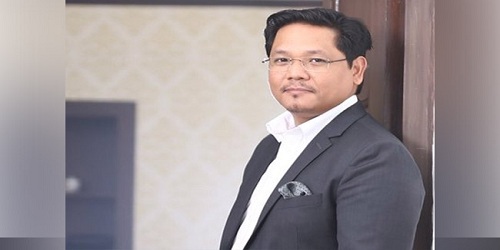 Conrad Sangma – CM of Meghalaya:
i. Conrad Sangma took oath as the 12th chief minister of Meghalaya in Shillong. He is the President of National People’s Party (NPP).
ii. The oath was administered by Meghalaya Governor Ganga Prasad. 11 Cabinet Ministers also took oath during the ceremony.
iii. In the election, National People’s Party (NPP) won 19 seats. It has support from 6 United Democratic Party (UDP) MLAs, 4 People’s Democratic Front (PDF) MLAs, 3 Bharatiya Janata Party (BJP) MLAs, 2 Hill State People’s Democratic Party (HSPDP) MLAs and an independent MLA.
iv. It has a combined strength of 34 MLAs in the Assembly against Congress party that had won 21 seats on its own.
Some Bharatiya Janata Party (BJP):
♦ President – Amit Shah
♦ Founded – 1980 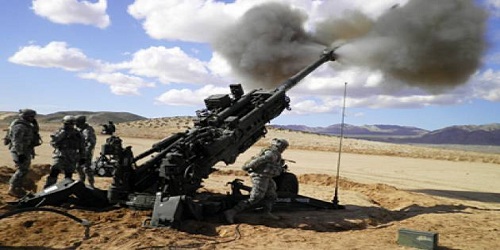 Test-firing of M777 ultra-light howitzers:
i. In May 2017, Indian Army took delivery of two M777 ultralight howitzers from BAE Systems, US under a contract signed between Indian and US Government in 2016.
ii. However, in September 2017, during trial firing, a projectile had burst in the barrel.
iii. The test conducted on March 5, 2018, was the first one after that accident. The results of this test will be examined by a joint team of experts.
iv .Built with titanium and aluminium alloys, M777 weighs around 4200 kg. It has a modular design; due to which it can be can be easily towed through narrow and treacherous mountain roads prevalent along India-China border and India-Pakistan Border in Jammu & Kashmir.

Threat of new malware “Saposhi” looms over cyberspace
A new malware named Saposhi has been detected, which can take over electronic devices and make them as ‘bots’ that can be exploited for any purpose.
Saposhi:
i. Saposhi has been detected recently by cyber security agencies. It is being monitored and studied currently.
ii. So far, the Computer Emergency Response Team (CERT) has not released any alert about Saposhi. It has been said that, alerts and guidelines about protecting devices from Saposhi will be launched soon.
iii. Saposhi can take over electronic devices and can create a Distributed Denial Of Service attack.
About Indian Computer Emergency Response Team (CERT-In):
♦ Director General – Sanjay Bahl
♦ Formed – 2004 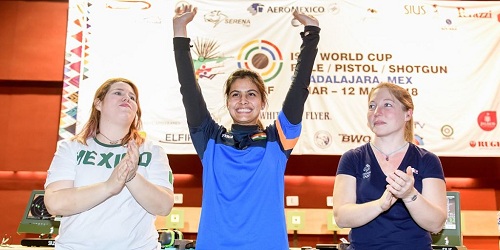