We are here for you to provide the important current affairs March 23 2018 which have unique updates of all daily events from all newspapers such as The Hindu, The Economic Times, PIB, Times of India, India Today, Indian Express, Business Standard, all Government official websites. Our complete current affairs helps you to get more marks in Banking, insurance, UPSC, SSC, CLAT, Railway and all other competitive Exams. Information about Payment of Gratuity (Amendment) Bill, 2017:
i. Payment of Gratuity (Amendment) Bill, 2017 was introduced by Labour Minister Santosh Kumar Gangwar in the Lok Sabha during the winter session and was passed on March 15, 2018.
ii. Under the Payment of Gratuity Act, 1972, formal sector workers with five or more years of service are eligible for maximum Rs. 10 lakh tax-free gratuity after leaving job or at time of superannuation.
iii. After implementation of 7th Central Pay Commission recommendations, ceiling of tax-free gratuity amount for central government employees was increased from Rs 10 lakh to Rs 20 lakh.
iv. Need to bring in the amendment bill was felt as unions had been demanding for inclusion of this change into the Act.
v. Now since the Rajya Sabha has passed the bill, Centre may notify tax-free gratuity of Rs 20 lakh for the organised sector.
vi. The amendment bill also contains a provision which authorises Central Government to notify the period of maternity leave eligible for qualifying as ‘continuous service’ under the gratuity law. M-Kerala app:
i. The M-Kerala app will help citizens to avail nearly 100 government services using their mobile phones.
ii. The M-Kerala app also has mobile payment options. The #Future summit was held on 22nd and 23rd March 2018. Theme of the Summit was “Towards a Digital Future”.
Some Lakes in Kerala:
♦ Enamakkal Lake
♦ Pookode Lake
♦ Vellayani Lake Government funding for education of martyrs’ children:
i. Earlier, Government did provide educational concession to martyrs’ children. However it was limited only up to Rs 10000 a month.
ii. This cap has now been lifted and hence, education of children of army officers, ‘persons below officer rank’ missing in action, and those disabled or killed in action will be fully funded by Government.
iii. Around 3400 such children will be covered under this initiative and every year, Rs. 5 crore will be spent by the Government for this cause.
iv. Government funding will be provided only for undertaking studies in government/government-aided schools/educational institutes/military/Sainik schools and other schools or colleges recognised by the Central or State governments. More Information about INS Ganga:
i. Commissioned on December 30, 1985, INS Ganga is a Godavari-class guided-missile frigate of the Indian Navy.
ii. It was Built in Mumbai by Mazagon Dock Limited.
iii. Decommissioning ceremony of INS Ganga was attended by several officers who had earlier served on board the ship.
iv. Vice Admiral A K Bhal, who served on INS Ganga as crew member from 1989 to 1991 was the Chief Guest for the ceremony, while Vice Admiral (Retd.) K K Kohli, the first Commanding Officer of INS Ganga was the special Guest of Honour.

Air India becomes First commercial flight to cross Saudi airspace to land in Israel
On March 22, 2018, Air India flight (AI 139) became the first flight to land at Tel Aviv’s Ben Gurion Airport (Israel) after passing through Saudi Arabia air space.
i. This is the first time, Saudi Arabia has allowed a commercial flight to Israel to use its airspace.
ii. In a bid to further people-to-people contact and diplomatic ties between India and Israel, Air India  introduced the direct thrice-a-week flight from New Delhi to Israel’s Capital Tel Aviv.
iii. Saudi Arabia’s decision to permit Air India to use its airspace enabled it to take a shorter route, saving 2.10 hours of travel time.
iv. Israel’s national carrier El Al, which operates flights to India, does not fly through Saudi Air space. Rather, it takes a longer route over the Red Sea.
Quick Facts about Air India:
♦ Commenced Operations in – 1946
♦ Headquarters – Delhi
♦ Current Chairman and MD – Pradeep Kharola 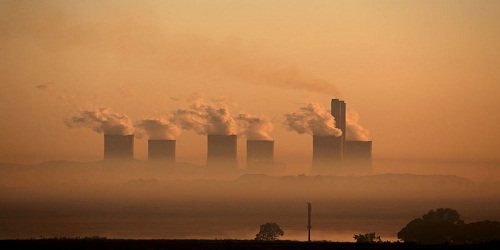 Rise in Carbon Emissions:
i. 32.5 gigatons carbon emissions in 2017 marks a 1.4% increment over previous year.
ii. The rise in carbon emissions during 2017 has been largely attributed to higher energy demand and the slowing of energy efficiency improvements.
iii. Global energy demand rose by 2.1 percent in 2017 to 14050 million tonnes of oil equivalent.
iv. 70 percent of this incremental demand was met by oil, natural gas and coal.
v. In context of this news, it is important to note that Carbon dioxide emissions are the primary cause of global average temperature rise.
Quick Facts about International Energy Agency (IEA):
♦ Established in – 1974
♦ Secretariat – Paris, France 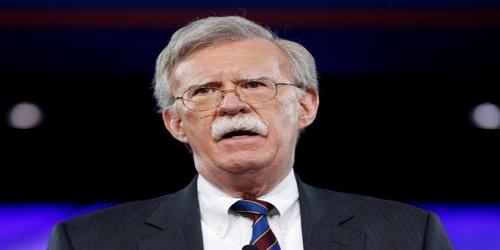 ‘We Are Sikhs’ campaign wins 2018 PRWeek US award:
i. “We are Sikhs” ad campaign was launched by National Sikh Campaign (NSC), a non-profit organization.
ii. The campaign was conducted by Sikhs to inform Americans about their religion. The campaign was executed by FP1 Strategies.
iii. The campaign has bagged the award for projecting Sikhs as neighbours and everyday Americans who suffer from discrimination due to ignorance of their faith. The award was presented in New York recently.
iv. USD 1.3 million was raised by Sikhs and also some Hindus for the campaign. The ad campaign was shortlisted among five finalists for the ‘Best for a Cause’ award.
About National Sikh Campaign (NSC):
♦ Objective – to promote a better understanding of the Sikh community in America and other Western countries, and to project a positive image and profile of the Sikh community
♦ Co-founder and senior adviser – Rajwant Singh

DAE develops “Fluorimeter” device to measure uranium traces in water
Department of Atomic Energy (DAE) has developed “Fluorimeter”, an instrument that measures traces of uranium in water.
Fluorimeter:
i. Fluorimeter has been developed by the Raja Ramanna Centre for Advanced Technology (RRCAT). RRCAT is a unit of DAE based in Indore.
ii. Cost of the fluorimeter is Rs 1 lakh. It will detect traces of uranium in water.
iii. It will be highly useful in regions like Punjab where uranium traces have been detected in water at dangerous levels.
iv. DAE has transferred its technology to another one of its unit, Electronics Corporation of India Ltd (ECIL), for mass production of Fluorimeter,.
v. Fluorimeter can examine traces of uranium in a sample of water from 0.1 PPB (Parts-per-billion) unit to 100 PPB.
vi. The permissible radiological limit of uranium concentration for drinking water has been fixed at 60 PPB by the Atomic Energy Regulatory Board.
vii. High levels of uranium traces present in drinking water will increase radiological and chemical risks to human health.
About Raja Ramanna Centre for Advanced Technology (RRCAT):
♦ Director – P A Naik
♦ Location – Indore