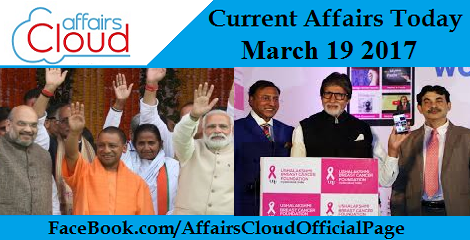 2017 International Buddhist Conference Held in Bihar
i. The three days International Buddhist Conference was held at the Rajgir International Convention Center (RICC) of Nav Nalanda Mahavira Deemed University, Rajgir, Bihar from March 17-19, 2017.
ii. The conference was inaugurated by His Holiness, The Dalai Lama jointly with the Minister of Culture and Tourism, Dr. Mahesh Sharma by lighting a ceremonial lamp.
iii. The event was organized by Ministry of Culture and Nava Nalanda Mahaviahra Deemed University.
iv. Theme: The main theme of the conference was: Buddhism in the 21st Century – Perspectives and Responses to Global Challenges and Crises.
v. One of the main highlight of the conference was the release 41-volume of the Pali Tripitaka by His Holiness the Dalai lama, reprinted by the Nava Nalanda University in Devanagri script.
vi. Besides, he also inaugurated the Nava Nalanda University’s new department of the Buddhist Science, first of its kind in Asia.

First Made-In-India Train, Medha, Flagged off at Dadar Station
India’s first home made train for Western Railway Fleet, Medha was flagged off for its maiden run by the Railway Minister Suresh Prabhu, via videoconferencing from Dadar to Borivali at Lokmanya Tilak Terminus on March 18, 2017.
♦ The 12-coach, made-in-India train, halted at Bandra and Andheri stations during the transit.  Currently there are two rakes of Medha which will run on the Western Railway network. 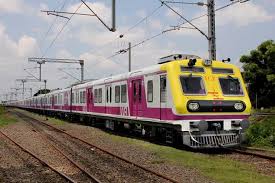 ♦ Medha has been manufactured by the Integral Coach Factory (ICF) in Chennai. The train has been installed with LED lighting to reduce energy consumption.
♦ Led lights will save approximately 30-35% energy and has in-built systems to minimise breakdowns during the travel.
About Medha
i. Medha rake costs Rs. 43.23 crore, which is approximately Rs. 1 crore less than the German-made Bombardier rake running on the western railways which is Rs.44.36 crore.
ii .The rake can run at a speed of 110 kmph, whereas the current local trains don’t run above 90 or 100 kmph.
iii. Medha has cushioned seats in first class and stainless steel seats in general compartments.
iv. Also, there is a GPS-based information system to indicate the stations. The rake has a capacity of 6,050 passengers and the number of seats is 1,168.

Punjab Approves 33 Percent Reservation for Women in State Govt Jobs
i. The Punjab government led by new Chief Minister Amarinder Singh chaired his maiden Cabinet Meeting on March 18, 2017 and announced a series of decision for the welfare of the entire citizen of the state.
ii. The state government has decided to provide 33 percent reservation for women in all government jobs. The reservation would apply even in the contractual appointments of women in the state government jobs.
iii .The representation of women in Panchayati Raj Institutions and urban local bodies would go up from 33 percent to 50 percent.
iv. Besides, the government has also decided to provide a house to every freedom fighter along with allocating 300 units of free electricity every month. One out-of-turn tube well connection will also be given to them and exemption from toll tax.
v. In addition, Singh also announced to remove red, amber and blue beacons from official vehicles of all state ministers. The beacons would be allowed only on official vehicles of the chief minister, judges of The Punjab and Haryana High Court, and ambulances and fire tenders.
vi. Chief Minister has also imposed restriction on ministers and legislators from laying the foundation stones of public projects and also on inaugurating them.
vii. A Special Task Force in the CM’s Office would be set up to address the issue of drug menace in the state while a sub-committee would be set up to assess the quantum of agriculture debt on farmers and suggest ways and means to waive off the loan. 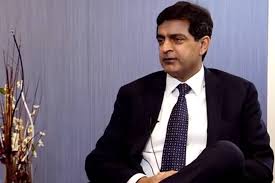 iii. The list was topped by Leslie Moonves, CEO of CBS. Moonves earned compensation worth USD 56.7 million in 2016.
iv. Marc Benioff of Salesforce ranked second on the list with a total compensation of USD 33.4 million.
v. Discovery Communications David Zaslav was placed third with a compensation of USD 32.4 million.
vi. Among the top 25 overpaid CEOs on the list, 15 were appearing on it for a second time and 10 of them were listed for the third time.
vii. As You Sow is a non-profit organisation that promotes environmental and social corporate responsibility and takes a close look at CEO’s pay. 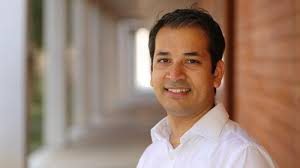 ii .Each year about 400 scholars receives the CAREER Award across all disciplines to support the research and educational development of young scholars likely to become leaders in their fields.
iii. Shrivastava, who is currently working an assistant professor of computer science at Rice University, hopes to come up with clever algorithmic strategies to enable faster, more scalable computations required by big data and machine-learning technologies.
iv .He has done his MS and BS in mathematics and computing from the Indian Institute of Technology, Kharagpur in 2008 and a PhD in computer science from Cornell University in 2015 and then in the same year he joined the Rice faculty.
About CAREER Award
♦ CAREER awards are the National Science Foundation’s most prestigious awards to represent the role of teacher-scholars through research, education and the integration of education and research.
♦ The award comes with a federal grant for research and education activities for five consecutive years.
♦ The National Science Foundation is a United States government agency that supports fundamental research and education in all the non-medical fields of science and engineering. 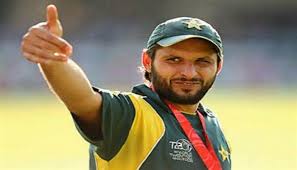 roped as the ambassador for the 5th Blind Cricket World Cup  by the Pakistan Blind Cricket Council (PBCC)
ii. Blind Cricket World Cup will be hosted by PBCC in the United Arab Emirates(UAE) and Pakistan in January 2018.
iii. This tournament to be played in ODI format
Shahid Afridi :
♦ Afridi has played 27 Test matches, in which he hit 1,176 runs with a highest score of 156 and 48 wickets.and he announced his retirement from international cricket in February 2017.
♦ He is currently working as the President for PSL team Peshawar Zalmi

ONGC Signs Pact to Acquire Entire Stake of GSPC in KG Block for $1.2 billion
i. State-owned Oil and Natural Gas Corporation (ONGC) has signed definitive agreements to buy Gujarat State Petroleum Corporation’s (GSPC) entire 80% stake in KG-basin natural gas block for $1.2 billion.
ii. The company will close the deal and pay debt-ridden GSPC the money after getting the regulatory approvals like government nod for transfer of participating interest (PI) and change of operatorship.
iii. Under the farm-in and farm-out agreement, ONGC will pay $995.26 million for three discoveries in the KG-OSN-2001/3 block that are under trial production since August 2014.
iv. Besides, another $200 million will be paid for six other discoveries for which GSPC has been finalising an investment plan to bring them to production. ONGC will also have to pay for the entire development cost of the six discoveries
v. Jubilant Offshore Drilling Pvt Ltd and Geo Global Resources (India) Inc each holds 10% stake in the block.
Oil and Natural Gas Corporation Limited
♦ Headquarters: Uttarakhand
♦ CEO: Dinesh K Sarraf
♦ Founded: 14 August 1956

Google Play Store for free download.
iii. Aim: To educate the nation about every aspect of breast cancer and non-cancer breast health issues. The app is available in 12 languages including English, Hindi, Marathi, Gujarati, Punjabi, Bengali, Telugu, Tamil, Kannada, Malayalam, Oriya and Assamese.
iv. The App has been conceived, created and designed by the Ushalakshmi Breast Cancer Foundation, Hyderabad.
v. To reach wider network, the ABC of Breast Health App has been submitted to the Ministry of Health, Government of India, for consideration for incorporation in their Health Portal.

BCCI Formulates New Constitution for Full Member Association
The Committee of Administrators, constituted by the Supreme Court to manage the affairs of the cricket board, finalized and uploaded a new constitution for the Board of Control for Cricket in India (BCCI) on March 18, 2017. However, the constitution prepared is not permanent.
♦ The new constitution has removed the 41-time Ranji Trophy champions Mumbai as its Full Member and has given all north-eastern states the Full Membership status.
♦ The Mumbai Cricket Association and the Saurashtra Cricket Association which were Full Members earlier were downgraded to Associate membership.
♦ In addition to all North Eastern States, Bihar, Telangana and Uttarakhand have also got the Full Member status.
Key Features of New Constitution
i. As per the new constitution 30 associations have been nominated to be the controlling bodies for cricket in their respective states and were considered to be Full Members with voting rights. Maharashtra and Gujarat were included in that list
ii. In States with multiple Existing Members, the full membership shall rotate annually among such Existing Members such that only one of them will exercise the rights and privileges of a Full Member at any given point of time
iii. The new constitution also states that BCCI office bearers cannot be over the age of the 70 or be a Minister or government servant. They also cannot hold any post in a sports athletic association or federation apart from cricket.
iv. The term of office for each office-bearer will be three years and no office-bearer can have more than three terms. There will remain a three-year cooling-off period between each term.
v. It also added that a person shall be disqualified from being an Office Bearer if he or she has been an Office Bearer of the BCCI for a period of 9 years or an office bearer of any Member for a period of 9 years.
About Committee of Administrators
♦ The 4 member Committee of Administrators was constituted on January 30, 2017 by the Supreme Court to manage the affairs of the cricket board and report on whether it has complied with the Lodha Committee’s recommendations.
♦ The panel comprises of Vinod Rai, Ramchandra Guha, Vikram Limaye and Diana Edulji.

Pioneer of Rock n Roll, Chuck Berry Dies at 90
i. American guitarist, singer and songwriter, Chuck Berry who is recognized as one of the pioneers of rock ‘n’ roll music died on March 18, 2017 at the age of 90 in Missouri.
ii. Some of the well known collections of Berry during his 7 decade career includes songs 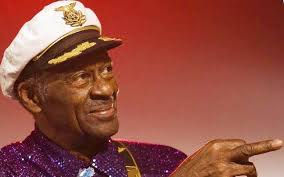 such as “Maybellene” (1955), “Roll Over Beethoven” (1956), “Rock and Roll Music” (1957) and “Johnny B. Goode” (1958) among others.
iii. He received a Lifetime Achievement Grammy in 1984 and was among the first inductees to the Rock and Roll Hall of Fame in 1986.
iv. Berry was one of rock ‘n’ roll’s most influential guitarists who performed his signature duck walk move, bending his knees and bobbing his head at every concert.

Meteorologist Sikka Passes Away
i. Former director of Pune based Indian Institute of Tropical Meteorology Dev Raj Sikka was passed away on March 19, 2017. He was 85.
ii. Sikka has proposed a link between the El Nino phenomenon and the Indian monsoon and he was the first Meteorologist to report this connection in 1982
iii. He was also the Chairman of the Monsoon Mission of the Ministry of Earth Sciences, a programme to improve monsoon-related forecasts.
What is El Nino:
El Niño is a climate pattern that describes the unusual warming of surface waters in the eastern tropical Pacific Ocean