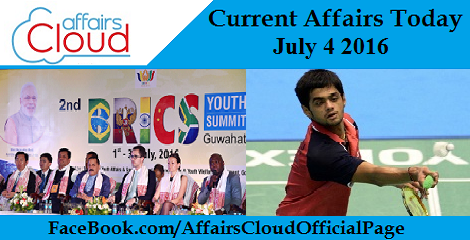 Jawaharlal Nehru Port Becomes First Port in Country to Implement Logistics Data Tagging of Containers
i. Mumbai’s Jawaharlal Nehru Port becomes the first port in the country to implement logistics data tagging of containers. This is the first of its kind facility.
ii. The new system will help importers/exporters track their goods in transit through logistics data bank service. An RFID (Radio Frequency Identification Tag) tag would be attached to each container which would be tracked through RIFD readers installed at different locations.
iii. The move will help in state’s Ease of Doing Business initiatives implemented at Jawaharlal Nehru Port focused towards document, time and cost reduction for the benefit of trade.

India slips to 75th place in terms of money in Swiss banks; UK on top
i. India listed down to 75th place in terms of money held by its citizens with banks in Switzerland, while the list is topped by UK as per the latest annual update released by Switzerlands central bank SNB (Swiss National Bank).
ii. Total funds held by Indians fell by CHF 596.42 million to CHF 1,217.6 million at the end of 2015 which is not even 0.1 per cent of the total foreign money.
iii. India was placed at 61st place last year, however the total money held there by foreign clients from across the world fell by nearly 4 per cent to Swiss franc (CHF) 1.42 trillion (about Rs 98 lakh crore) at the end of 2015.
iv. In terms of individual countries, the UK is the largest chunk at about CHF 350 billion or almost 25 per cent of the total foreign money. While the US came second with nearly CHF 196 billion or about 14 per cent.
v. India was ranked 75th with about Rs 8,392 crore and is the lowest for the country in at least two decades. On the other hand Pakistan was placed higher at 69th place with CHF 1.5.

focused on enhancing people-to-people contacts of BRICS member states viz. Brazil, Russia, India, China and South Africa.
ii. It was formally inaugurated by Assam CM Sarbananda Sonowal, who lit the lamp and declared beginning of the three-day long 2nd  BRICS Youth Summit, India 2016.
iii. The city of Guwahati which is the gateway to the North East hosted the event with the theme ‘Youth as bridge for intra-BRICS exchanges’.
iv. The Summit was kept  the focus on skill development and entrepreneurship, social inclusions, youth volunteerism and youth participation in governance.

France offers EUR 1 billion to revive India’s combat jet engine project
i. In order to revive the India’s jet engine project France has decided to invest 1 Billion Euros on July 4th
ii. This project aims at installing KAVERI – Indigenous gas turbines powering TEJAS FIGHTERS by 2020.
iii. It is mandatory that the Foreign arms companies that sell equipment to India have to invest a portion of the contract cost in the country’s defense and aerospace industry.
iv. This project proposal is to use offset credits that would come from the planned Rafale fighter jet deal to revive the indigenous jet engine project.
v. A recent study says, the Kaveri engine — which was more or less abandoned for aviation use in 2014 due to shortcomings on power —indicated that 25-30% more work would be needed to make it flight-worthy
vi. With the help of this project, the shortcomings can be rectified and the kaveri engine is set to be flight worthy by 2020. record by carving 100 sand chariots at the Puri beach in Odisha on upcoming Ratha Yatra of Lord Jagannath.
ii. Apart from having darshan of the idols of Lord Balabhadra, Lord Jagannath and Devi Subhadra on the giant wooden chariots, pilgrims will get a glimpse of the sand art during the nine-day festival.
iii. Twenty-five students and Sudarsan worked on the 100 chariots using 800 bags of sand also the team had worked about 20 hours in three days.

Linda Burney becomes first Indigenous woman elected to Australia’s lower house
i. Former teacher Linda Burney won the seat as a candidate of the centre-left Labour Party in the national polls with this she became the first Indigenous woman elected to the House of Representatives (lower house) of the Parliament of Australia. She achieved the fete after claiming victory in the marginal seat of Barton.
ii. With this, Linda joins first Aboriginal MP Ken Wyatt of the conservative Liberal Party who was elected in 2010. Olympian Nova Peris was the first indigenous woman in the upper house of the Parliament.
Australia:
♦ Capital: Canberra
♦ Currency: Australian dollar
♦ Prime minister: Malcolm Turnbull

Canada Open Badminton: Indian shuttlers bag twin crowns
i. Indian Shuttlers have made their day in the Canada open Grand Prix badminton 2016 by 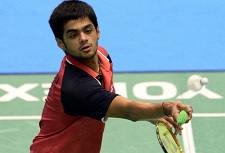 easing through the final matches.
ii. Indian Shuttler B Sai Praneeth defeated Korea’s Lee Hyun il in a nail biting match to bag the title of the Canada open badminton grand prix.
iii. Indian Men Doubles team Manu Attri and Sumeeth reddy toppled over Adriand liu and Toby Ng to notch up the Men Doubles Title.
iv. This promising victory has lighted up the hope of winning gold in the Rio Olympics among the Indian Viewers.

Michael Cimino, Oscar-winning director of ‘The Deer Hunter’, dies at 77
i. American Film Director Michael Cimino has passed away at Los Angeles, California. He was 77 year old.
ii. The Director who bagged Academy Award for the film The Deer Hunter became one of the great triumphs of Hollywood’s 1970s that has also won five Academy Awards, including Best Picture and Best Director for Cimino heyday and whose disastrous Heaven’s Gate helped bring that era to a close.
iii. The New York hailed man raised on Long Island, Cimino graduated from Yale in 1961, and he earned a master’s degree from the University of New Haven in 1963, both in painting.