We are here for you to provide the important current affairs july 29 2017 which have unique updates of all daily events from all newspapers such as The Hindu, The Economic Times, PIB, Times of India, India Today, Indian Express, Business Standard, all Government official websites. Our complete current affairs helps you to get more marks in Banking, insurance, UPSC, SSC, CLAT, Railway and all other competitive Exams. 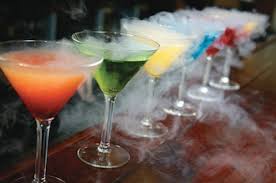 vi. A Delhi businessman ended up in a hospital with a perforated stomach after consuming the cocktail containing liquid nitrogen at a Gurugram pub.
About Haryana
♦ Capital: Chandigarh
♦ Governor:Kaptan Singh Solanki
♦ Chief Minister: Manohar Lal Khattar

Maharashtra’s women commission to ink pact with UNDP
Maharashtra’s women commission will sign an agreement with the United Nations Development Programme (UNDP).
Key Points:
i. It has been signed for rescue and rehabilitation of women who are victims of sex trafficking, acid attack and domestic violence.
ii. The MoU has been signed with the UNDP in the next 15 days.
♦ Chairperson of the Maharashtra State Commission for Women (MSCW) is VijayaRahatkar
About UNDP
♦ Formation:1965
♦ Headquarters:New York City
♦ Head: Achim Steiner 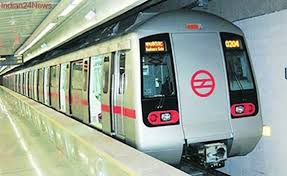 vi. It has been initiated to “encourage school children to participate in the more environment friendly projects and activities”.
vii. Energy consumption has increased by 700% in the last four decades in the country and this will increase further three times by 2030.
viii. It is necessary to focus on Metro systems and talk of green Metro
About DMRC
♦ Chief executive: Mangu Singh,
♦ Headquarters: Metro Bhawan, Barakhamba Road, New Delhi.
♦ DMRC began operation on 24th Dec 2002

Punjab signs MoU with Foundation for Innovative New Diagnostics
The Punjab government has signed a memorandum of understanding (MoU) with the Foundation for Innovative New Diagnostics (FIND) on 28th of July 2017. The MoU was signed on the occasion of World Hepatitis Day.
Key Points:
i. It is a global diagnostic firmto help the state diagnose and treat Hepatitis C patients.
ii. The firm would provide rapid test kits for screening of high-risk patients, for disease like HIV, IVDU (Intravenous Drug Users).
iii. Punjab is also the first state in the country where the injection safety programme is being implemented in collaboration with WHO.
iv. The state health department has also released the action plan for injection safety programme, which is supported by WHO.
v. The health department would also be introducing RPS (Reuse Prevention Syringes) in the state so that blood-borne infections cannot spread from one patient to another.
vi. The medicines for Hepatitis C, are being provided free of cost to Hepatitis C patients at state hospitals which have a market price of Rs 35,000-50,000 for full treatment.
vii. According to estimates, there are around 6 lakh Hepatitis C patients in the state.
Punjab GK facts :
♦ Gobindgarh Fort: Built in 1760s by the Bhangi Misi Rulers, Gobindgarh Fort or Gujar Singh Fort is a historic military fortress in the centre of the city of Amritsar.
♦  Rambagh Palace: Mainly known for its exclusive flower garden and a centrally located double storeyed building, Ram Bagh Garden is an important member of heritage travel destinations of Punjab.
♦ Sheesh Mahal: Built by Maharaja Narinder Singh in 1847, Sheesh Mahal is an awe-strikingly beautiful royal residence that tells about the princely stature of Punjab kings.
Foundation for Innovative New Diagnostics (FIND) :
♦  Headquarters: Geneva, Switzerland
♦ Founded: 2003 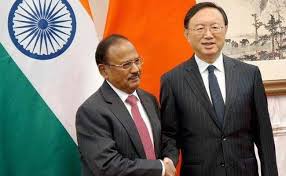 (BRICS) countries to discuss and conduct cooperation in politics and security fields.
iii. Discussions were held on topics including global governance, anti-terrorism, internet security and energy security, as well as major international and regional hotspot issues.
iv. National Security Advisor Ajit Doval held talks with his Chinese counterpart and state councillor Yang Jiechi on the sidelines of the BRICS NSAs meeting.
v. Chinese and Indian troops have been locked in a face-off in Doklam area for more than a month, since Indian troops stopped the Chinese army from building a road in the area.

Sri Lanka, China sign $1.5 billion Hambantota port deal
On July 29, 2017, Sri Lanka’s government signed an agreement to sell a 70% stake in a $1.5 billion Hambantota port to China in a bid to recover from the heavy burden of repaying a Chinese loan obtained to build the facility.
Details about $1.5 billion Hambantota port deal between Sri Lanka and China:
i. The deal document was signed between the Sri Lanka Ports Authority and China Merchants Port Holding Co. in Colombo, Sri Lanka.
ii. According to the agreement, the Chinese company will invest $1.12 billion in the port, which sits close to busy east-west shipping lanes.
iii. Two local companies whose shares will be split between the Chinese enterprise and the Sri Lanka Ports Authority will be set up to handle the port’s operations, security and services.
iv. The Chinese company will be responsible for commercial operations while the Sri Lanka Ports Authority will handle security.
Sri Lanka :
♦ Capitals: Colombo, Sri Jayawardenepura Kotte
♦ Currency: Sri Lankan rupee
♦ President: Maithripala Sirisena

Indian Overseas Bank goes live with Bharat Bill Payment system
Indian Overseas Bank has offered the Bharat Bill Payment System(BBPS) which is introduced by the National Payments Corporation of India, for its customers.
Key Points:
i. Indian Overseas Bank is one of the three public sector banks (apart from Bank of Baroda and Union Bank of India) to get the approval from RBI for providing the service.
ii. BBPS is an integrated bill payment system that offers inter-operable online bill payments to customers.
iii. The services include online payments of electricity, telecommunication, DTH, water and gas bills.
iv. The certification with NPCI has been completed and the BBPS system has been 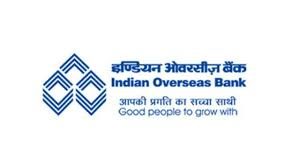 India is world’s third-biggest beef exporter says OECD-FAO report
As per Agricultural Outlook 2017-2026 report released by the Food and Agriculture Organisation (FAO) and the Organisation for Economic Cooperation (OECD), India is the world’s third-biggest exporter of beef and is projected to hold on to that position over the next decade.
i. India exported 1.56 million tonnes of beef last year and is expected to maintain its position as the third-largest beef exporter over the next decade.
ii. According to the OECD database, India imported 363,000 tonnes of beef last year and the amount is projected to stay the same over the decade.It has been estimated that India will export 1.93 tonnes beef in 2026 which will account for 16% of global beef exports. 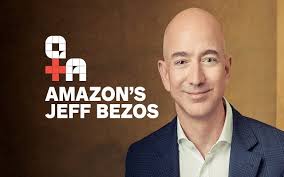 Key Notes:
i. At the start of 2017, Bezos was ranked fourth-richest in the world, behind Gates.
ii. According to the Forbes magazine jump in the share price of the US tech giant enabled him to overtake Microsoft founder Bill Gates.
iii. Bezos owns around 17% of the equity of Amazon.The company also recently announced plans to acquire US grocer Whole Foods.
iv. According to Forbes, Gates has been the richest person in the magazine’s annual rankings in March for the past four years.
v. Amazon has now expanded beyond retailing. It now sells cloud computing services to thousands of businesses ranging from Netflix to the UK’s ministry of justice.
vi. Bezos also owns the private space firm Blue Origin and the Washington Post newspaper.
About Amazon
♦ Founded:5thJuly 1994
♦ Founder:Jeff Bezos.
♦ Headquarters:Seattle, Washington, U.S.

Shahid Khaqan Abbasi declared as interim Pakistan Prime Minister
Former Petroleum Minister and senior PML-N leader Shahid Khaqan Abbasi will be appointed as the interim Prime Minister of Pakistan.
Key Points:
i. According to the sources, the decision was made by former Prime Minister Nawaz Sharif during an informal consultative meeting of the party.
ii. Nawaz Sharif resigned from the post of Pakistan prime minister following a decision by the country’s Supreme Court to disqualify him from office. 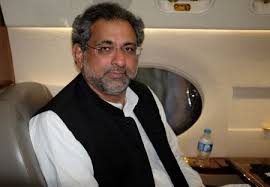 Lulu to acquire 100% of UAE’s Al Falah Exchange for Rs.95 crore
Lulu Exchange, a foreign exchange and remittance company, has announced that it has entered into an agreement to acquire 100 per cent ownership of Al Falah Exchange Company in the UAE for Rs. 95 crore.
More details about Lulu Exchange’s acquisition of Al Falah Exchange:
i. This is a first of its kind large scale acquisition in the UAE, making Lulu Exchange the second largest player in the Gulf Cooperation Council (GCC).
ii. With this acquisition, Lulu Exchange’s total branch count goes up by 30 branches to reach 73 in UAE and 170 globally.
iii. The new acquisition would help Lulu Exchange consolidate its network of branches, thereby serving a much bigger customer segment.
iv. Lulu Exchange is part of Lulu Group International established by Yusuff Ali, NRI businessman from Kerala.
v. Launched eight years ago in Abu Dhabi, Lulu Exchange currently operates in Oman, Kuwait, Qatar, Bahrain, India, Bangladesh, Philippines and Seychelles.
UAE :
♦ Capital: Abu Dhabi
♦ Currency: United Arab Emirates dirham

Muntra – country’s first unmanned tank, rolls out from the Chennai lab
Defence Research and Development Organisation (DRDO) has developed an unmanned, remotely operated tank named ‘Muntra’ which has three variants – surveillance, mine detection and reconnaissance in areas with nuclear and bio threats.
i. Muntra has been developed and tested for the Army by Combat Vehicles Research and Development Establishment (CVRDE) in Avadi, Chennai.
ii. Muntra-S is India’s first tracked unmanned ground vehicle developed for unmanned surveillance missions .The vehicle has been tested and validated at Mahajan field firing range in Rajasthan under dusty desert condition. 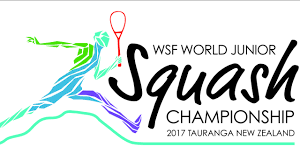 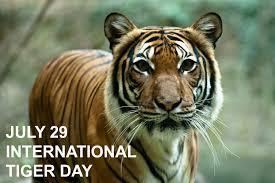 i. The goal of the day is to promote a global system for protecting the natural habitats of tigers and to raise public awareness and support for tiger conservation issues.
ii. On this day, various events to raise awareness about tiger protection are organised in Bangladesh, India, and Nepal where the animal is found in large numbers.
iii. Department of National Parks and Wildlife Conservation too organised various programmes to mark the seventh World Tiger Day on July 29, 2017 in India.