Ministry of AYUSH Constitutes a 16-member Committee to Prepare a Yoga Protocol for Diabetes Control
i. The Ministry of AYUSH has constituted a 16-member committee under the chairmanship of Dr. H.R. Nagendra, Chancellor, S-Vyasa University, to prepare a Yoga Protocol for Diabetes Control.
ii. The Ayush Minister Shri ShripadYesso Naik said that regular yoga practice can help reduce the level of sugar in the blood, along with lowering blood pressure, keeping a weight check, reducing the symptoms and slowing the rate of progression of diabetes, as well as lessening the severity of further complications.
iii .Besides, this the Ministry has also launched a programme to integrate Ayurveda, Homoeopathy and Unani with National Programme for Prevention and Control of Cancer, Diabetes, Cardiovascular Diseases and Stroke (NPCDCS).
iv .Apart from this, Central Council for Research in Yoga and Naturopathy (CCRYN) has opened 8 OPDs in various Govt. Hospitals to integrate Yoga & Naturopathy to cure diabetes.

Goa Distributes Pink Teddy Bears to First-Time Female Voters
i. In a move to encourage active participation in the assembly poll especially by women 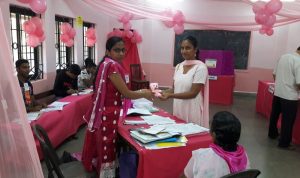 voters, the government of Goa on February 4, 2017 conducted a unique experiment, which involved giving away 600 pink teddy bears to first time women voters across the state.
ii. The teddies were distributed at 40 model polling booths from each of the 40 assembly constituencies in Goa. These polling stations were decorated with pink balloons, pink table cloths, pink walls, while polling officials were also seen wearing pink clothes.
iii. The experiment was seen to be a fruitful effort. The 40 themed polling booths got 2 percent more voting than the average polling rate in all the other regular polling booths.
iv. Goa saw nearly 83 percent voting on February 4, 2017 at 1642 polling stations.Besides, the first time men voters received pen as a gift of appreciation.

Qatar Airways Launches World’s Longest Flight
i. The Qatar Airways has launched the World’s longest scheduled commercial service to ply between Doha to Auckland.
ii. The inaugural service of Flight QR920 took off on February 5, 2017 from Doha and will take 16 hours and 20 minutes to travel 14,535 kilometers to reach Auckland in New Zealand.
iii. However, during the return flight, the Boeing 777 flight would take 17 hours and 30 minutes due to high-altitude winds.
iv. This makes Qatar Airways to launch the World’s fastest and longest passenger service in terms of flying time. 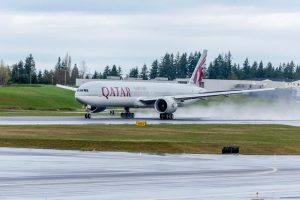 Ministry of Coal to Open Coal-Mining Market for First Time in Four Decades
i. The Susheel Kumar, Coal Secretary, Ministry of Coal, has informed that India has planned to allow the non-state mining companies for the first time in four decade to mine and sell coal.
ii. The Ministry of Coal is set to auction four mines to both state-run and private companies during the year 2017-18 starting April 1.
iii. The winner of the auction would have the freedom to sell the coal. Earlier this freedom vested only to a handful of state-run companies.
iv .The move will allow miners across India to have an opportunity to take the benefit from one of the World’s top coal market.
v. China is the World’s top coal producing market followed by United States. India stands at third position. Palace, London on February 4, 2017.
ii. CBE is one of the highest Order of honors among a series of top 5 British honors. It is rewarded for contributions made in the field of arts and sciences, work with charitable and welfare organizations, and public service outside the Civil Service.
iii. Alastair Cook played his debut test match at the age of 21 against India at Nagpur in 2006 and made his maiden century in the second innings.
iv. The 32-year-old also became the youngest batsman to score 10000 run in Test cricket in May 2016.

Arun M Kumar Appointed as the Chairman and CEO of KPMG India
i. Leading professional services firm KPMG India has appointed the former US government official Arun M Kumar as the Chairman and CEO to lead KPMG India operations.
ii. He succeeds Richard Rekhy who was re-appointed to the post in January 2016 for a period of four years. However in November 2016 he stepped down.
iii. The KPMG India Board elected Kumar who took the charge from February 5 for a five-year term.
iv. Prior to this, Kumar had served as Assistant Secretary of Commerce for Global Markets and Director General of the US and Foreign Commercial Service in the administration of former US President Barack Obama.
v. He has also spent majority of his career with KPMG US operation including serving on the KPMG US and KPMG Americas boards from 2008-2013. 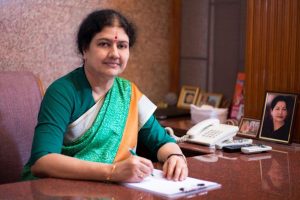 Party leader on February 5, 2017.
ii. Sasikala, the general secretary of AIADMK was unanimously elected by the AIADMK MLAs at a party meeting in Chennai. Her name was proposed by O. Panneerselvam.
iii. Now she is set to become the Chief Minister of the state as O. Panneerselvam stepped down from the post on February 3, 2017.
iv. Ms. Sasikala will be sworn in as the Chief Minister of Tamil Nadu on February 9 after which Panneerselvam will hand over his resignation letter to the governor.
v. Ms. Sasikala was elected as the party’s general secretary in December 2016 following the death of Jayalalithaa.

Google to Sell its Satellite Imaging Company to Startup Firm Planet Labs
i. Technology giant Google has announced to sell its Terra Bella business which includes a group of SkySat Earth imaging satellites to an imaging start-up, Planet Labs on February 3, 2017.
ii. Google had acquired Terra Bella in 2014 for $ 500 million and that time it was known as Skybox Imaging.
iii. The deal will help Planet Labs to widen its potential customer base and broaden its available data. Once the deal closes, Google will enter into multi-year contract to purchase Earth-imaging data from Planet Labs.
iv. Planet Labs is a San Francisco-based private satellite operator founded by former Nasa scientists.
v. It aims to harness technology to develop smaller and low cost satellites to make it easier to deploy large networks of satellites at less risk and lower cost.
vi. Planet has also announced a plan to launch 88 small, lower cost satellites named cubists. It is currently scheduled to take place on February 14.
Google
♦ CEO: Sundar Pichai                          ♦ Founders: Larry Page, Sergey Brin
♦ Founded: 4 September 1998           ♦ Headquarters: United States

World’s Smallest Pacemaker Unveiled in US
i. Oncologists in United States successfully implanted World’s smallest pacemaker, Micra Transcatheter Pacing System (TPS), in a patient in US.
ii. The pacemaker TPS is as much as a vitamin capsule in size and provides the most 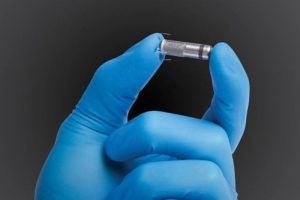 advanced pacing technology.
iii. The TPS system was approved by the US Food and Drug Administration (FDA) recently and unlike other traditional pacemakers it does not require any cardiac wires (leads) or a surgical pocket under the skin to deliver a pacing therapy.
iv. It has been developed for patients with Bradycardia. It is a condition in adults with slow heart rate, usually less than 60 beats per minute.
v. Pacemakers are the best way to treat bradycardia. It helps to restore the heart’s normal rhythm and relieve symptoms by sending electrical impulses to the heart to increase the heart rate.

Scientists Discovers a New Ghost Shark Species
i. Scientists have discovered a new species of Ghost Shark in Belize, which was previously unknown.
ii. It is the 50th species of ghost shark discovered and has rabbit-like teeth with bulky head.
iii. It is 3 feet (1 meter) in length and the second largest species of ghost shark ever discovered.
iv. The scientists have named the new species as Erithacus which is the genus name for robin birds. They have put it in the genus Hydrolagus which means water rabbit or water hare 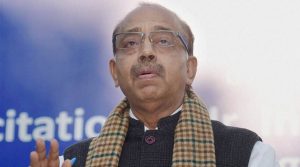 further both at the national and international level in Gujarat on February 5, 2017
ii. Budget outlay: Rs.50 Crores.
iii. The Center will have a fully air conditioned indoor hall, fully air conditioned elite hostel of 100 beds, 20 VIP accommodation for foreign guest which will also be air conditioned and open land for warm-up.
iv. Goel also inaugurated the SAI Training Center (Para) at SAI NSWC Gandhinagar on February 4, 2017.
v. This Center will provide facilities for training in athletics,swimming and powerlifting  the age group of 14-20 years. 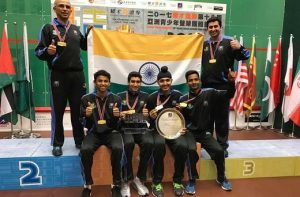 Eminent litterateur Pathani Patnaik passes away at 89
i. Eminent educationist and litterateur Pathani Patnaik passed away on February 4, 2017 at his residence at Kanika Chhak in Cuttack. He was 89.
ii. Patnaik had written more than 50 books on different aspects of literature, including short stories and poems. Besides, he has written hundreds of books on children literature, short stories, journalistic articles and translation books.
iii. He was conferred with Kendriya Sahitya Akademi Award in 2010 and Odisha Sahitya Akademi Award in 1993 in recognition of his contribution to Odia literature.
iv. Utkal Sahitya Samaj, the oldest literary organisation of Odisha in 2015 felicitated Patnaik with its Lifetime Honorary membership.

Renowned Pakistani Urdu Author Bano Qudsia Dies at 88
i. Renowned Urdu novelist and playwriter from Pakistan, Bano Qudsia, passed away on February 4, 2017 in Lahore. She was 88. 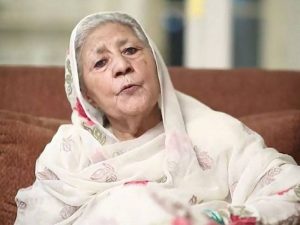 ii. Qudsia was born in Ferozepur, India in 1928 and migrated to Pakistan after partition. She did her masters in Urdu Literature from Government College Lahore in 1951.
iii. She began writing short stories from childhood. She gained fame from her novel Raja Gidh (The Vulture King).
iv. Some of her prominent writings include Aadhi Baat, Aatish-i-zer-i-paa, Aik Din, Amer Bail, Asay Pasay, Chahar Chaman among others.
v. In 2003 she was awarded Sitara-i-Imtiaz, the third highest civilian award in the State of Pakistan and Hilal-i-Imtiaz, the second highest civilian award in 2010