We are here for you to provide the important current affairs February 14 2018 which have unique updates of all daily events from all newspapers such as The Hindu, The Economic Times, PIB, Times of India, India Today, Indian Express, Business Standard, all Government official websites. Our complete current affairs helps you to get more marks in Banking, insurance, UPSC, SSC, CLAT, Railway and all other competitive Exams. Punjab Government makes super straw management mandatory
On February 12, 2018, Punjab State Government has issued notification to attach Super Straw Management System while using the combine harvester machines for harvesting the paddy (rice) crop.
Using Super Straw Management for reducing Air Pollution:
i. Super straw management system, attached to self propelled combine harvesters, cuts the paddy straw into small pieces and spreads the same.
ii. By following this method of harvesting, farmers are not required to burn the paddy straw, before sowing the next crop.
iii. Burning the paddy straw, before sowing the next crop (referred to as stubble burning), has been identified as a major cause of air pollution in North India during winter months.
iv. In context of this news, it is important to note that local harvesters are not keen on using super straw management system as it is priced at around Rs 1.20 lakh and attaching it to the combine harvester increases fuel consumption. 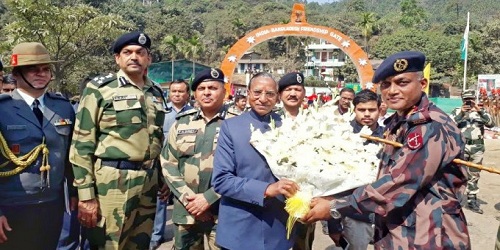 Assam becomes fourth state to issue RoW guidelines for telcos
Assam has become the fourth state in the country to issue the Right of Way (RoW) guidelines for telecom service providers.
i. A legal right, established by usage or grant is referred to as Right of Way (RoW).
ii. Assam State Cabinet had approved these RoW guidelines on January 28, 2018, and State Chief Secretary V K Pipersenia held a meeting with telecom service providers and other stakeholders on February 12, 2018 to review the current mobile and internet connectivity status.
iii. These guidelines will regulate the establishment of underground and overground telecom infrastructure in Assam.
iv. The entire process of seeking Government approval and required rights will be made online within a period of one year and all operators will have to compulsorily register in the ease of doing business portal of the Assam government.
Quick Facts about Assam:
♦ Capital – Dispur
♦ Current Governor – Jagdish Mukhi
♦ Current Chief Minister – Sarbananda Sonowal
♦ Important National Park – Kaziranga National Park

Punjab govt sets up revenue commission to revisit the existing land Acts
Punjab State Government has formed a six-member revenue commission to revisit the existing land Acts to make them relevant with the changed land use situation.
Details about Punjab Govt’s Revenue Commission to revisit the existing land Acts:
i. The commission will be headed by Justice (Retd) SS Saron of Punjab and Haryana high court.
ii. NS Sangha – Advisor in Punjab Land Records Society (PLRS) will be the member secretary of this commission, while NS Kang – Chairman of RERA, Dr. SS Gill – Former head of Economics department at Punjabi University, Jaswant Singh – Ex PCS Officer and GS Mangat – MD of State Co-operative Bank (Retd) are the other members of this commission.
iii. The commission will examine the need for new Acts or the amendment of the existing ones to legalize the land lease practices in the state. Besides, it will also review the existing policies with regard to disposal and utilization of government lands.
iv. Primary objective of this commission is to streamline the existing laws, procedures and processes relating to land administration by taking in to consideration the requirements of modern agricultural and non-agricultural uses.
v. The commission will have a term of one-year.
Quick Facts about Punjab:
♦ Capital – Chandigarh
♦ Current Chief Minister – Amarinder Singh
♦ Current Governor – V P Singh Badnore
♦ Important River – Sutlej 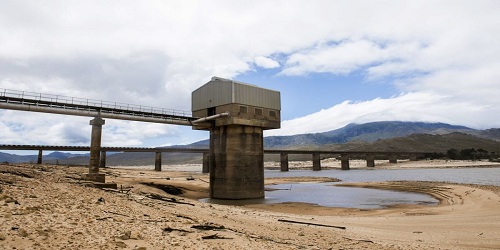 Drought in South Africa:
i. According to experts, this drought that began two years ago was triggered by El Nino (a complex phenomenon, developing in Pacific region, that causes global changes in temperature and rainfall).
ii. Declaring the ongoing drought as ‘national disaster’ implies that South African central government will now take responsibility for relief efforts.
iii. The drought is so severe that, April 12, 2018, was predicted as ‘Day Zero’ (date when its taps are expected to run dry) for Cape Town. However, due to water saving measures announced by the local authorities and duly adopted by the residents, “Day Zero” has now been pushed to June 4, 2018.
Quick Facts about South Africa:
♦ Capital – Pretoria (Executive), Bloemfontein (Judicial), Cape Town (Legislative)
♦ Currency – South African rand
♦ Current President – Jacob Zuma
♦ Neighbouring Countries – Namibia, Botswana, Zimbabwe, Mozambique, Swaziland, Lesotho (encircling)

India gets access to strategic Oman port Duqm for military use
India has secured access to the key Port of Duqm in Oman for military use and logistical support.
Strategic Significance of Access to Port of Duqm in Oman:
i. This development was the highlight of Indian Prime Minister Narendra Modi’s official visit to Oman on 11th and 12th February, 2018.
ii. Port of Duqm is situated on the southeastern seaboard of Oman, overlooking the Arabian Sea and the Indian Ocean and is in close proximity to the Chabahar port in Iran.
iii. Access to Port of Duqm in Oman for military use will help India to expand its footprint in the Indian Ocean  region and thereby counter Chinese influence and activities in the region.
Quick Facts about Oman:
♦ Capital – Muscat
♦ Currency – Omani rial
♦ Ruling Monarch – Sultan Qaboos bin Said al Said 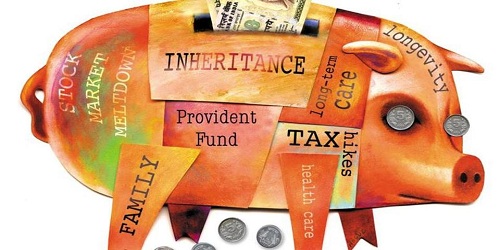 i. The main objective of this proposed act is to make implementation easier for the depositors as they need not go through different rules and Acts for understanding the provision of various small saving schemes.
ii. As per PPF Act, the PPF account cannot be closed prematurely before completion of five financial years, not even in exigencies. The new act will introduce provisions that would permit premature closure of Small Savings Schemes to deal with medical emergencies, higher education needs, etc…………………………………… Click here to Read more

NTPC to supply extra 300MW to Bangladesh
NTPC Vidyut Vyapar Nigam (NVVN), wholly-owned subsidiary of NTPC Limited has won a tender to supply 300 megawatts (MW) of electricity to Bangladesh for 15 years.
i. Bangladesh Power Development Board (BPDB) had invited tenders for supply of 500 MW power from India for short term (June 1, 2018 to December 31, 2019) and long term (January 1, 2020 to May 31, 2033).
ii. NVVN won the order for both, short term and long term for 300 MW power.
iii. Besides NVVN, Adani Group, PTC and Singapore-bases Sembcorp were also in the fray to bag the order.
Quick Facts about NTPC:
♦ Founded in – 1975
♦ Headquarters – New Delhi
♦ Current Chairman & MD – Gurdeep Singh Ellen Johnson Sirleaf wins Ibrahim prize for African Leadership:
i. The Ibrahim prize for African Leadership is awarded to a democratically-elected African leader who had proved to be an outstanding leader, served their stipulated term and finished their term within the last 3 years.
ii. The award consists of $5 million, which will be paid over 10 years, and $200,000 every year for the rest of the recipient’s life.
iii .Ellen Johnson Sirleaf is the first elected female head of state in Africa. She served as Liberian President for 12 years. She is the first female leader to receive this award. Her term ended in 22 January 2018.
About Ellen Johnson Sirleaf:
♦ Age – 79
♦ Position – 24th President of Liberia from 2006 to 22nd January 2018 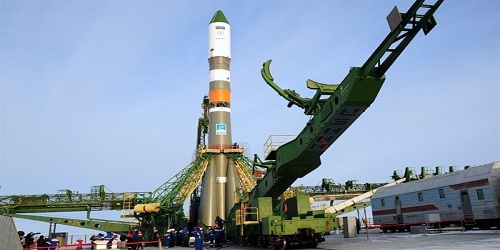 Launch of Progress – unmanned cargo ship:
i. The Progress capsule carries 2.7 metric tons of food, fuel and other supplies to the International Space Station. It reached the orbit eight minutes after it lifted off from the Russian space complex.
ii. The International Space Station houses six astronauts: three Americans, two Russians and one Japanese.
iii. The Russian Soyuz 2.1a rocket launched the Progress ship. The spacecraft will dock at the Zvezda Service Module on 15th February 2018. The spacecraft is referred to as Progress MS-08 or Progress 69.
About Roscosmos:
♦ General Director of the State Corporation for Space Activity “Roskosmos” – Komarov Igor Anatolyevich
♦ Headquarters – Moscow, Russia

Government developing Soft power matrix tool to hardsell soft power in diplomacy
Indian Government is working on developing a “soft power matrix” to foster better diplomatic traction with neighbouring countries and rest of the world.
India’s Soft Power:
i. Soft power is country’s ability to persuade other countries to do what it wants without resorting to force or coercion. Country’s unique culture, its political values and its foreign policies are the three resources that builds a country’s ‘Soft Power’.
ii. Currently, India’s Soft Power is articulated in foreign countries through the Indian Council for Cultural Relations (ICCR).
iii. ICCR works to promote India’s artistic and cultural traditions through a range of activities such as organising ‘Festivals of India’ abroad.
iv. Besides, Indian Government’s outreach efforts such as the propagation of Gandhian values and philosophy, extending educational scholarships to foreign students, showcasing the strength of the Mumbai film industry, extending humanitarian assistance to foreign countries affected by natural disasters and even mementos offered by Prime Minister Narendra Modi to Heads of Government during his foreign visits are perceived as attempts to inform the world about Indian artistic and cultural heritage.
v. The proposed Soft Power Matrix, which is being developed is aimed at calibrating the ongoing activities and thereby making it more effective. 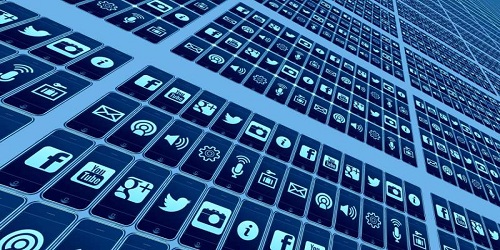 UK unveils new technology to fight extremist content online:
i. Home Secretary Amber Rudd made an announcement about this new technology to remove extremist material from social media.
ii. The software has been developed by ASI Data Science. It was funded by the UK government.
iii. This system is said to use advanced machine learning to study the sound and visual of videos for “subtle signals” to check if they are extremist content like Islamic State propaganda.
iv .This software will be provided to small companies that are not able to develop such technologies.
About ASI Data Science:
♦ CEO – Marc Warner
♦ Location – London 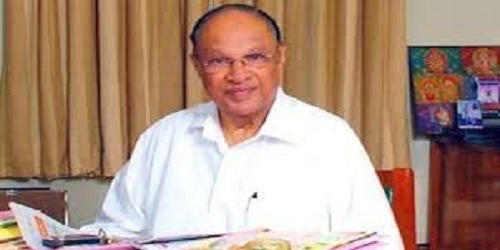