We are here for you to provide the important current affairs February 10 2018 which have unique updates of all daily events from all newspapers such as The Hindu, The Economic Times, PIB, Times of India, India Today, Indian Express, Business Standard, all Government official websites. Our complete current affairs helps you to get more marks in Banking, insurance, UPSC, SSC, CLAT, Railway and all other competitive Exams. “Swachh Bharat Sanitation Park” inaugurated in Delhi
On February 9, 2018, Union Minister of Drinking Water and Sanitation, Ms. Uma Bharti inaugurated Swachh Bharat Sanitation Park in Delhi.
Details about Sanitation Park inaugurated by Ms. Uma Bharti:
i. This park has been developed by Union Ministry of Drinking Water and Sanitation, in collaboration with the Environmental Sanitation Institute and Tata Trust.
ii. Objective behind developing this park is to create awareness on various safe technological options related to Sanitation.
iii. Various options pertaining to toilet technologies and solid and liquid waste management technologies are being demonstrated at this Sanitation Park.
iv. Information regarding various interventions undertaken under the Swachh Bharat Mission (SBM) and its impact across India has also been displayed at the Park.
v. Visitors to the park will not only gain understanding about various components and initiatives of SBM, but will also get information about different technologies used for sanitation. 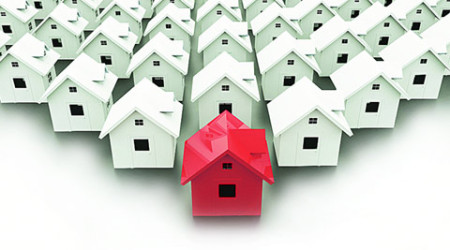 i. With this approval, total number of affordable houses sanctioned under this scheme has reached 39.25 lakhs.
ii. Construction of these 1.86 lakh affordable houses entails a total investment of Rs 11169 crore, in which,  Rs 2797 crore will come as central assistance.
iii. In this latest round of approval, Haryana has been sanctioned the maximum number of houses (53290 houses).
iv. Haryana is followed by Tamil Nadu (40623 houses) and Karnataka (32656 houses).
Quick Facts about PMAY-Urban:
♦ Launched in – June 2015
♦ Objective – To build 20 million affordable houses by March 31, 2022
♦ Administered by – Union Ministry of Housing and Urban Affairs

PNB signs pact with National e-Gov Services for information utility
On February 10, 2018, Punjab National Bank (PNB) entered into an agreement with National e-Governance Services Limited (NeSL) for utilizing its Information Utility Services envisaged under the Insolvency and Bankruptcy Code, 2016.
More Details about PNB-NeSL tie-up:
i. State-owned NeSL is the first Information Utility entity registered by Insolvency and bankruptcy Board of India under IBBI (IU) Regulations, 2017.
ii. Information utility is an information network which procures and stores financial data like borrowings, default and security interests of various entities.
iii. Information stored by Information Utility Services can be accessed by concerned parties during insolvency resolution process under National Company Law Tribunal (NCLT).
iv. Having access to high-quality authenticated financial information helps stakeholders to counter frivolous litigations made by defaulters to delay the process.
Quick Facts about PNB:
♦ Founded in – 1894
♦ Headquarters – New Delhi
♦ Current MD & CEO – Sunil Mehta
♦ Tagline – ‘The name you can bank upon’ 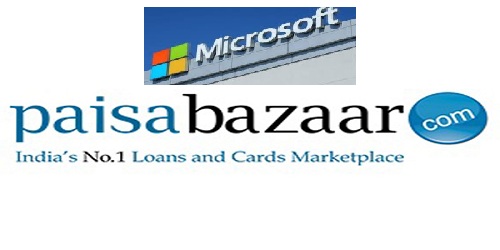 Details about Paisabazaar-Microsoft tie-up:
i. As per the terms of the tie-up, entire infrastructure of paisabazaar.com will be moved to Microsoft Azure.
ii. Microsoft Azure is a cloud computing service. It is used for creating, testing, deploying, and managing applications and services through Microsoft-managed data centers.
iii. Through Microsoft Azure, paisabazaar.com will work extensively on futuristic technologies like artificial intelligence and machine learning to offer customized, tailor-made and secure solutions for each consumer coming to its platform.
Quick Facts about Microsoft:
♦ Founded in – 1975
♦ Headquarters – Washington, US
♦ Current CEO – Satya Nadella 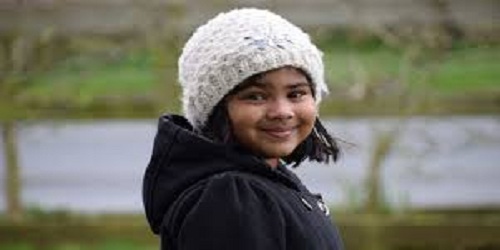 Eight year old Indian origin girl Sohini Roy Chowdhury – UK Math Hall of Fame:
i. UK’s Mathletics Hall of Fame is a mathematics-based competitive online platform. It engages primary school students.
ii. Sohini Roy Chowdhury solved mathematic puzzles with high speed and accuracy on the platform. She has outsmarted various kids from all over the world and has entered the top 100 World Hall of Fame.
iii. Her father is Mainak Roy Chowdhury, an accountant. Mathletics is an online learning platform that enables children to play live arithmetic games and compete with children from across the world.
About Srinivasa Ramanujan:
♦ Born – 22 December 1887 in Erode, Tamil Nadu
♦ Field – Mathematics
♦ Award – Fellow of the Royal Society 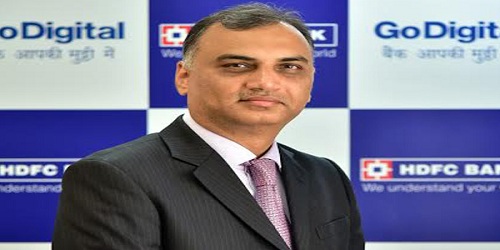 i. In this role, Rakesh Singh will head the HDFC Bank’s investment banking, capital markets and financial institutions businesses.
ii. HDFC Bank’s private banking is a premium service catering to high net worth (‘HNW’) and ultra-HNW individuals, families and entities. Private banking service is geared towards successfully managing and growing wealth of such individuals/entities.
iii .It is to be noted that, as on December 31, 2017, HDFC Bank’s private banking service had assets under advice of over Rs 93000 crore which belonged to over 16000 families in India and abroad.
Quick Facts about HDFC Bank:
♦ Founded in – 1994
♦ Headquarters – Mumbai, Maharashtra
♦ Current MD – Aditya Puri
♦ Tagline – ‘We Undertand Your World’ 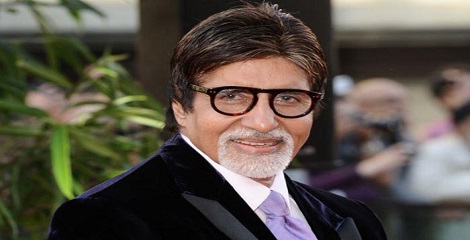 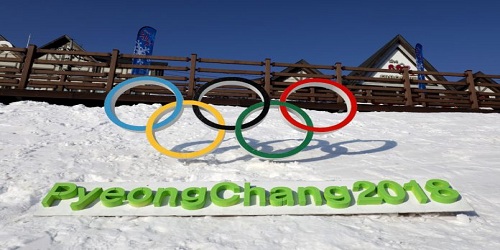 Former New Zealand Cricket Captain Bevan Congdon passes away
On 10th February 2018, Bevan Congdon, former New Zealand Test cricket captain passed away after a long term illness in Auckland, New Zealand.
Death of Bevan Congdon:
i. Bevan Congdon has died one day before his 80th birthday. He was born on 11th February 1938.
ii. He had played 61 Tests and earned 3448 runs with an average of 32.22. He was the captain of New Zealand in its first official limited-overs fixture against Pakistan.
iii. After his retirement he was on the New Zealand selection panel in the 1990s. He is survived by his wife, two daughters and grand-children.
About International Cricket Council (ICC):
♦ Chairman – Shashank Manohar
♦ Chief Executive – David Richardson
♦ Headquarters – Dubai 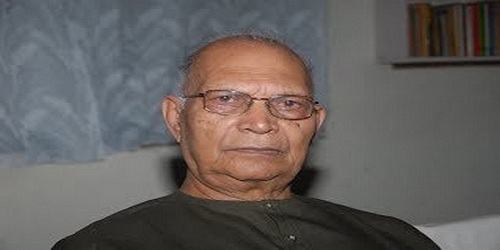 Death of Chandrasekhar Rath:
i. Chandrasekhar Rath was 89 years old. He was a well-known Odia author and poet.
ii. He had received the Sahitya Akademi Award and Sarala Award. He was selected for the Padma Shri award this year.
iii. He was born on 17th October 1929, in Malpada in Balangir district of Odisha. He was an expert in both fiction and non-fiction. His important works are Yantrarudha, Asurya Upanivesh, Nav Jatak, etc.
Padma Vibhushan winners 2018:
♦ Illaiyaraja – Art-Music
♦ Ghulam Mustafa Khan – Art-Music
♦ Parameswaran – Literature and Education

Veteran American Actor John Gavin passes away
On 9th February 2018, American actor John Gavin passed away at his residence in Beverly Hills, California, US.
Death of John Gavin:
i. John Gavin was 86 years old. He had been suffering from pneumonia. He had combated with leukemia for a long time.
ii. His important works are “Psycho”, “Spartacus” and “Imitation of Life.” He had received the Golden Globe award. He is survived by his wife, 4 children and 3 grandchildren.
About Press Trust of India (PTI):
♦ Chairman – Viveck Goenka
♦ Headquarters – New Delhi 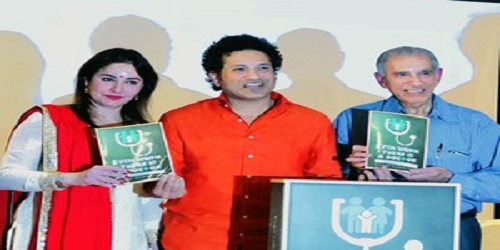 Even When There Is A Doctor:
i. ‘Even When There Is A Doctor’ was written by Dr Yashwant Amdekar, Dr Rajesh Chokhani and Krishnan Sivaramakrishnan.
ii. This book explains the role of individuals and parents in improving the health of children. It helps parents identify and solve simple problems.
About Sachin Tendulkar:
♦ Born – 24 April 1973
♦ Role – Batsman
♦ Nickname – God of Cricket, Little Master, Master Blaster