We are here for you to provide the important current affairs December 5 2017 which have unique updates of all daily events from all newspapers such as The Hindu, The Economic Times, PIB, Times of India, India Today, Indian Express, Business Standard, all Government official websites. Our complete current affairs helps you to get more marks in Banking, insurance, UPSC, SSC, CLAT, Railway and all other competitive Exams. 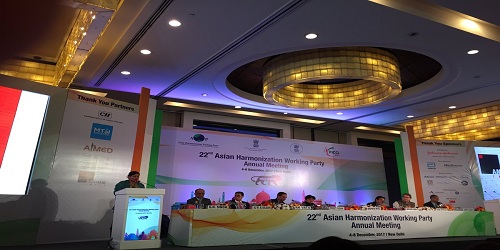 22nd conference of Asian Harmonization Working Party (AHWP):
i. The 22nd conference of AHWP was inaugurated by Minister of State for Health and Family Welfare, Anupriya Patel. It will be held till 8th December 2017.
ii. The conference is being conducted by Central Drugs Standard Control Organisation (CDSCO) and National Drug Regulatory Authority (NDRA) of India in collaboration with Ministry of Health & Family Welfare.
iii. The conference seeks to develop and recommend approaches for the convergence and harmonisation of medical device regulations in Asia and beyond and facilitate the exchange of knowledge and expertise among regulators and the industry.
About Central Drugs Standard Control Organisation (CDSCO):
♦ Purpose – national regulatory body for Indian pharmaceuticals and medical devices
♦ Headquarters – New Delhi
♦ Minister responsible – J P Nadda

Government to form committee for drug pricing, new launches
Central Government has decided to set up a multi- disciplinary committee of experts for consultation on matters pertaining to the implementation of Drug Price Control Order (DPCO), including technical issues related to pricing and launch of new drugs.
Committee for Drug Pricing and New Launches:
i. Member secretary of National Pharmaceutical Pricing authority (NPPA), will be the convener of this committee.
ii. Other members of this committee will include representatives from Central Drugs Standard Control Organisation (CDSCO), National Institute of Pharmaceutical Education and Research (NIPER) and Department of Health Research/Indian Council of Medical Research.
iii. NPPA will decide and refer relevant issues to the committee within four weeks and the committee will submit its report along with its findings on the same within next four weeks.
iv. Based on the recommendations of the committee, NPPA shall pass an order which will be considered as a final decision on these issues.

Government proposes to register only BS-VI vehicles from June 2020
As per Central Government’s draft notification on the Central Motor Vehicles (Amendment) Rules, 2017, motor vehicles conforming to Emission Standard Bharat Stage-IV, shall not be registered after 30th June, 2020. After 30th June, 2020, only BS-VI compliant vehicles will be registered.
i. This is in line with earlier order by Central Government for implementation of the Bharat Standard-VI compliant cleaner transport fuels across India by April 2020 and in Delhi by April 2018.
ii. These decisions have been taken with an objective to curb emissions from the vehicles operating on outdated technology.
iii. This decision also implies that eight-seater cars and trucks, conforming to Emission Standard Bharat Stage-IV which would be manufactured before April 1, 2020 and sold in the form of drive-away chasis will also not be registered after the stipulated deadline.
About BS-VI Fuel:
♦ BS-VI , equivalent to Euro-VI grade, is the cleanest fuel.
♦ BS-VI grade fuel contains 10 parts per million (ppm) of sulphur as against 50 ppm in BS-IV fuels. 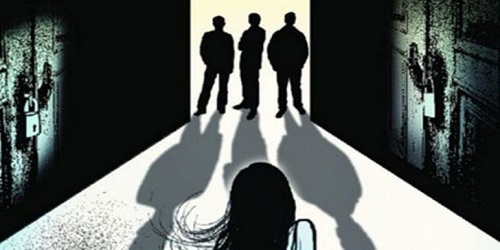 i. This bill is Madhya Pradesh State Government’s response to National Crime Records Bureau’s (NCRB’s) latest report which revealed that Madhya Pradesh recorded the highest number of rape cases in India.
ii. This bill was introduced in the house by Madhya Pradesh Law and Legislative Affairs Minister Rampal Singh.
iii. As per the provisions of this bill, capital punishment would be awarded to convicts under Section 376 (A), pertaining to rape, and Section 376 (D, A), pertaining to gang rape.
iv. The bill will be sent to the Centre and will come in to force after President’s assent. With the passage of the bill, Madhya Pradesh has become the first state in India where rape convicts will be sentenced to death.
Quick Facts about Madhya Pradesh:
♦ Capital – Bhopal
♦ Current Chief Minister – Shivraj Singh Chouhan
♦ Current Governor – Om Prakash Kohli
♦ Important National Park – Bandhavgarh National Park Salient Features of Floating Solar Power Plant in Kerala:
i. This plant has been set up by Kerala state electricity board (KSEB) at a cost of Rs 9.25 crore and with technical support from Thiruvananthapuram-based Adtech Systems Ltd
ii. The 500 kWp (kilowatt peak) solar plant floats on 1.25 acres of water surface of the reservoir.
iii. The plant has 1938 solar panels mounted on 18 ferro cement floaters. The plant is expected to generate 7.5 lakh units of power annually.
iv. It is to be noted that floating solar plants have higher efficiency compared to ground-mounted installations as water provides moderating effect on panel temperature.

ILO releases World Social Protection Report 2017-2019
As per data presented in International Labour Organization’s (ILO’s) World Social Protection Report 2017-19, only 45 per cent of the global population is effectively covered by at least one social benefit.
i. As per this report, only 29 per cent of the global population has access to comprehensive social security. This marks a marginal increase compared to 27 per cent in 2014-2015.
ii. It has been recommended in the report that public spending on social protection should be increased especially in countries of Africa and Asia and the Arab countries.
iii. Remaining 71 per cent (5.2 billion people) are either partially protected or not protected at all………………………………………..Click here to Read more 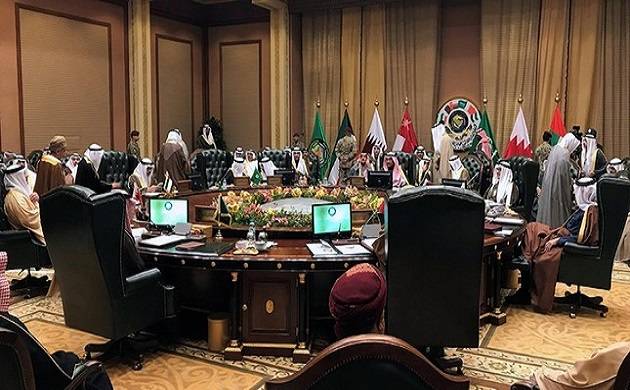 i. As stated by UAE’s ministry, this new group has been formed to cooperate and coordinate between the UAE and Saudi Arabia in all military, economic, political and cultural matters, as well as fields of mutual interest.
ii. Foreign Policy strategic experts believe that this new group undermines GCC in the backdrop of  diplomatic crisis with member state Qatar.
iii. Half of GCC member countries have cut ties with Qatar citing the reason that it is supporting terrorist activities in the region.
iv. So far, there is no clarity whether other Gulf Arab countries would be invited to join this new group.
Quick Facts about Gulf Cooperation Council (GCC):
♦ Founded in – 1981
♦ Headquarters – Riyadh, Saudi Arabia
♦ Members – Bahrain, Kuwait, Saudi Arabia, UAE, Oman and Qatar

Flag4:
i. “Flag4” is a part of the effort to consolidate multilateral relations, and to increase coordination between the UAE Armed Forces and participating nations.
ii. It aims to increase combat efficiency, gain more field expertise, and work to unify military concepts among participating parties.
iii. The exercise is characterized by seriousness and integration in command and control, the application of combat strategies, unification of joint military concepts and the implementation of all stages of professional training between ground units.
Some of the joint exercises of Indian Army in 2017:
♦ Imbax I – India & Myanmar (20 – 25 November 2017)
♦ Sampriti VII – India & Bangladesh (6 – 11 November 2017)
♦ Indra – India & Russia (19 – 29 October 2017)

Fitch lowers 2017-18 growth projection to 6.7%
Global ratings agency Fitch has lowered the India’s Gross Domestic Product (GDP) growth projection for 2017-18 to 6.7 per cent from earlier 6.9 per cent.
i. This revelation was done in Fitch’s December 2017 Global Economic Outlook (GEO) released on December 4, 2017.
ii. India’s growth in first quarter of 2017-18 stood at 5.7 percent. For second quarter, the growth improved to 6.3 per cent. As per Fitch this rebound in growth in second quarter was weaker than expected and thus led to lowering the annual growth forecast for 2017-18.
iii. The report has outlined that India’s growth has been not up to the mark in recent quarters. However it may partly be attributed to one-off factors such as demonetisation in November 2016 and rollout of Goods and Services Tax law in July 2017.
iv. Fitch has also lowered financial year 2018-19 forecast to 7.3 per cent from 7.4 per cent.
Quick Facts about Fitch Ratings:
♦ Founded in – 1914
♦ Headquarters – New York, United State
♦ Current President and CEO – Paul Taylor 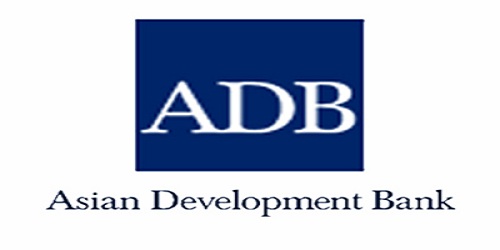 i. The loan facility is in the form of debt financing and partial risk guarantees totalling USD 583 million (approx Rs 3,748 crore).
ii. These projects for which the loan facility has been approved are LNG Terminal near Kutubdia Island south of Chittagong and a power generation facility to be located in Meghnaghat near Dhaka.
iii. These projects, which are being executed at a total cost of USD 1 billion will increase power generation and improve energy infrastructure in Bangladesh.
Quick Facts about Reliance Power:
♦ Founded in – 2007
♦ Headquarters – Mumbai, Maharashtra
♦ Current Chairman – Anil Ambani

Kamala Harris – tops 2017 list of ‘50 Leading Global Thinkers’:
i. Kamala Harris is 53 years old. She has been recognised for giving the Democratic Party hope in the era of President Donald Trump.
ii. She is the daughter of an Indian mother and a Jamaican father. She is the first-ever Indian-American to be elected to the US Senate. She is the only black woman in the Senate.
iii. South Korean President Moon Jae-in is ranked second in the list for trying to rebuild decent democratic leadership in South Korea. Indian-origin stand-up comedian Hasan Minhaj has also made it to the list with position number 32.
About Foreign Policy magazine:
♦ Founder – Samuel P. Huntington and Warren Demian Manshel
♦ Founded – 1970
♦ Country – United States of America

Prithvi Shaw – India’s captain for 2018 Under-19 Cricket World Cup:
i. Batsman Shubman Gill has been named as deputy captain.  The selectors have added Aryan Juyal as the backup wicketkeeper in the squad and Harvik Desai is expected to be the first-choice gloveman.
ii. Additionally, five players – Om Bhosle, Rahul Chahar, Ninad Rathva, Urvil Patel and Aditya Thakare will be placed on standby.
About 2018 Under-19 Cricket World Cup:
♦ Dates – 13 January – 3 February 2018
♦ Cricket format – 50 overs
♦ Host – New Zealand

Yuvraj Singh launches UNICEF-ICC’s adolescent campaign
Yuvraj launched the “Power of Sports to Shape the Future of Adolescents” campaign in South Asia in Colombo.
Power of Sports to Shape the Future of Adolescents:
i. Indian cricketer Yuvraj Singh will be promoting the UNICEF sports initiative for youngsters in South Asia, which will also have the ICC’s (International Cricket Council) backing.
ii. Yuvraj was joined by under-19 players from Afghanistan, Bangladesh, Pakistan and Sri Lanka who will compete in the ICC under-19 World Cup in New Zealand in January 2018.
iii. A panel discussion was followed by a friendly match between the players and the youth who attended the event. The event was jointly organised by UNICEF South Asia and the ICC.
About International Cricket Council (ICC):
♦ Headquarters – Dubai, United Arab Emirates
♦ Chairman – Shashank Manohar
♦ President – Zaheer Abbas
♦ CEO – David Richardson 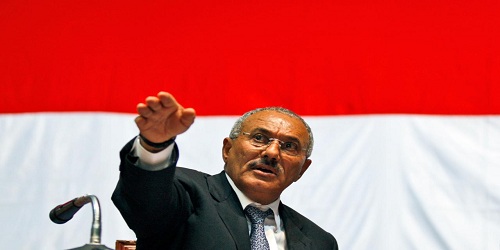 Death of Ali Abdullah Salehi:
i. Ali Abdullah Salehi was killed two days after he publicly broke off ties with the Houthi group, amid intense street battles between the rival factions that led to the killing of dozens of people.
ii. Houthi leader Abdul Malik al-Houthi celebrated what he called the day of the fall of the treasonous conspiracy. At least 125 people were killed and a further 238 are known to have been injured in the fighting over the past five days.
About Houthis:
♦ Members of an Islamic religious-political movement
♦ Leaders -Hussein Badreddin al-Houthi, Abdul-Malik al-Houthi
♦ Headquarters – Sa’dah, Yemen

Bollywood Actor Shashi Kapoor passes away at 79
On 4th December 2017, veteran Bollywood actor Shashi Kapoor passed away at Kokilaben Dhirubhai Ambani Hospital, in Mumbai.
Death of Shashi Kapoor:
i. Shashi Kapoor was admitted to Kokilaben Ambani Hospital on 3rd December 2017 for a chest infection treatment. He is survived by daughter Sanjana Kapoor and his two sons Kunal and Karan.
ii. Shashi debuted with the 1961 film Dharmputra. He appeared in 116 Hindi films. He was honoured with the Padma Bhushan by the Government of India in 2011.
iii. In 2015, he was bestowed with the Dadasaheb Phalke Award. Shashi and his wife Jennifer Kendal established the Prithvi Theatre in November 1978 in Mumbai.
Some of the dams in Maharashtra:
♦ Dhamapur – Malvan River
♦ Vihar – Vihar River
♦ Ekrukh – Adela River
♦ Tulshi – Tulshi River

Bollywood-The Films! The Songs! The Stars!:
i. It is a comprehensive illustrated guide and coffee table book, a tribute to India’s Bollywood, filled with trivia and facts about some of the most beloved actors, films and songs.
ii. The book was published by British multinational publishing company Dorling Kindersley (DK). Amitabh Bachchan has given the foreword to the book.
About Dorling Kindersley (DK):
♦ Founded – 1974
♦ Founder – Christopher Dorling, Peter Kindersley
♦ Headquarters – London