We are here for you to provide the important current affairs December 18 2017 which have unique updates of all daily events from all newspapers such as The Hindu, The Economic Times, PIB, Times of India, India Today, Indian Express, Business Standard, all Government official websites. Our complete current affairs helps you to get more marks in Banking, insurance, UPSC, SSC, CLAT, Railway and all other competitive Exams. 24th GST Council Meeting held tn New Delhi through video conferencing
24th Goods and Services Tax (GST) Council Meeting was held on December 16, 2017 through video conferencing.
Highlights of 24th GST Council Meeting:
i. The meeting was held under the chairmanship of Union Minister of Finance and Corporate Affairs, Arun Jaitley.
ii. During the course of this meeting, it was decided that Inter-State e-way Bill system for Inter-State movement of goods is to be made compulsory from February 1, 2018.
iii. Uniform System of e-way Bill for Inter-State and Intra-State movement will be implemented across India by June 1, 2018.
iv. Although System for inter-State as well as intra-State e-way Bill generation will be ready by  January 16, 2018, States have been given discretion for implementing e-way Bill for intra-State movement of goods on any date before  June 1, 2018.
What is e-way Bill system?
♦ An e-way bill is an electronically generated bill (through Goods and Services Tax Network – GSTN common portal) for the movement of goods.
♦ Under the e-way bill system, movement of goods of more than Rs 50000 in value cannot be made by a registered entity without an e-way bill. Eastern India’s first CNG stations:
i. The two CNG stations are located at Chandrasekharpur and Patia area in Bhubaneswar.
ii. These stations were part of Gas Authority of India Ltd. (GAIL’s) Pradhan Mantri Urja Ganga and City Gas Distribution (CGD) projects in Bhubaneswar and Cuttack.
iii. Mr. Pradhan announced that in a bid to promote the use of CNG, Government is planning to build 15 similar CNG stations in Bhubaneswar and 10 others in Cuttack in a phased manner.
iv. In order to use CNG, an owner has to convert his/her scooter/auto rickshaw into CNG mode by spending Rs 15500. Bank of Maharashtra is providing an interest-free loan for this purpose.

Chhattisgarh village ‘Jokpatha’ gets electricity for the first time since Independence
Jokapatha village, a tribal village in Balrampur district of Chhattisgarh got electricity connection for the first time since independence.
i. In context of this news, it is important to note that in September 2017, Prime Minister Narendra Modi had launched Pradhan Mantri Sahaj Bijli Har Ghar Yojana ‘Saubhagya’ scheme with an aim to provide electricity connections to over 4 crore families in rural and urban areas by December 2018.
ii. Total financial outlay of the ‘Saubhagya’ scheme is Rs 16320 crore.
iii. Just like Jokapatha village, Chhattisgarh State Government under Chief Minister Raman Singh has provided electricity connections to several such villages which had been deprived of power supply since India’s independence in 1947.
Quick Facts about Chhattisgarh:
♦ Capital – Naya Raipur
♦ Current Chief Minister – Raman Singh
♦ Current Governor – Balram Das Tandon
♦ Important National Park – Indravati National Park

Govt adopted Tribal Sub-Plan strategy for ensuring development of tribal areas
In a bid to ensure overall development of tribal areas across India and for ensuring inclusive growth of Scheduled Tribes (STs) including tribal women, Central Government has adopted Tribal Sub-Plan which will now be referred to as ‘Scheduled Tribe Component’.
Salient Features of Tribal Sub-Plan Strategy:
i. Union Ministry of Tribal Affairs has been implementing some special schemes meant for the benefit of Schedule Tribe (ST) women and girls including Scheme of Ashram Schools in Tribal Areas to provide residential schools for STs to increase the literacy rate and Scheme for Strengthening Education among ST Girls in Low Literacy Districts where the ST population is 25% or more.
ii. Under a separate scheme, State Governments/Union Territories/Universities are given central assistance for constructing new hostel buildings for ST Girls and Boys.
iii. National Scheduled Tribes Finance and Development Corporation (NSTFDC) under Ministry of Tribal Affairs is implementing Adivasi Mahila Sashaktikaran Yojana for tribal women. Under this scheme, ST women are provided loans at a concessional rate to undertake any income generation activity. 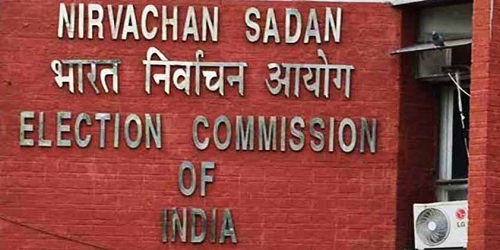 i. The panel has been setup in response to complaints about several instances of violation of the code of conduct ahead Gujarat elections.
ii. This panel will evaluate the effectiveness of Section 126 of the Representation of the People Act of barring campaigning 48 hours ahead of polling in context of fast changing communication technologies.
iii. Member of this panel will include representatives from election commission, information and broadcasting, law and Information Technology Ministries. Representatives of National Broadcasters Associations (NBA) and Press Council of India (PCI) will also be a part of this panel.
Quick Facts about Election Commission of India:
♦ Formed in – 1950
♦ Headquarters – New Delhi
♦ Chief Election Commissioner – Achal Kumar Jyoti

IRDAI panel suggests easing of G-Sec rule for insurance companies
A panel formed by the Insurance Regulatory and Development Authority of India (IRDAI) has recommended easing of norms that require 50 per cent of the funds mobilised from traditional life insurance policies to be invested in government securities.
Recommendations of IRDAI Panel:
i. The report of the panel has outlined that this norm does not allow life insurance companies to generate even 8 per cent return in traditional policies as yields on government bonds have dropped in recent times.
ii. Government securities currently yield 6.7-7.2% per annum. However, yields may further drop in future owing to the low interest rate scenario in India.
iii. As an alternative, the panel has suggested that insurance companies should be allowed to deploy funds in alternative higher yielding assets such as equity, property or high-rated corporate bonds.
iv .In context of distribution, the panel has recommended that insurance companies should be allowed to use new modes such as social media, departmental stores and petrol pumps for reaching out to new customers.
Quick Facts about IRDAI:
♦  Formed in – 1999
♦  Headquarters – Hyderabad
♦  Current Chairman – T. S. Vijayan

UIDAI temporarily bars Airtel from conducting Aadhaar-based SIM verification
Unique Identification Authority of India (UIDAI) has temporarily barred Bharti Airtel from conducting Aadhaar-based SIM verification of mobile customers using eKYC process.
UIDAI’s action against Airtel:
i. UIDAI has also barred Airtel Payments Bank for processing e-KYC of clients.
ii. This action is in response to complaints that Bharti Airtel has been using Aadhaar-eKYC based SIM verification process to open payments bank accounts of its subscribers without their consent.
iii. UIDAI has also considered allegations that such Airtel Payments Bank accounts are being linked to receive LPG subsidy.
iv. Owing to this action of UIDAI, Bharti Airtel will not be able to carry out ‘electronic-verification’ or link mobile SIMs of its customers with their Aadhaar number. Even Airtel Payments Bank will not be able to open a new account with Aadhaar e-KYC. i. Announcement in this regard was made by Mr. Singh at the World Orange Day 2017 event in Nagpur on December 17, 2017.
ii. In India, production of 30 crore metric ton horticulture crops on 2.5 crore hectare land is expected for the year 2016-17.
iii. Union Agriculture Ministry is implementing Mission for Integrated Development of Horticulture across India to promote orchards that not only help in maintaining nutrient security and providing employment but also help in conserving the environment.
iv. Besides, Indian Council of Agricultural Research (ICAR) is implementing All India Coordinated Fruits Crop Research Project in 10 centres of 8 states viz. Punjab, Maharashtra, Tamil Nadu, Assam, Rajasthan, Andhra Pradesh, Karnataka and Arunachal Pradesh.

Iraq overtakes Saudi Arabia as top crude oil supplier to India
On December 18, 2017, Union Ministry of Petroleum and Natural Gas Minister, Dharmendra Pradhan stated that, Iraq has overtaken Saudi Arabia to become India’s top crude oil supplier in 2017-18.
i. For April-October period of 2017-18, Iraq supplied 25.8 million tonnes (MT) of oil to India and overtook Saudi Arabia, which has traditionally been India’s top oil supplier.
ii. Saudi Arabia supplied 21.9 MT of crude oil  to India during this period.
iii. Currently, India’s 80 per cent oil demand is met from imports.  India imported 125.8 MT of crude oil in the April –October 2017.
iv. India’s dependence on Middle East for oil imports has increased from 58 per cent in 2014-15 to 63.5 per cent in the April-October 2017.
India’s Oil Suppliers, Top 5 countries (April – October 2017) 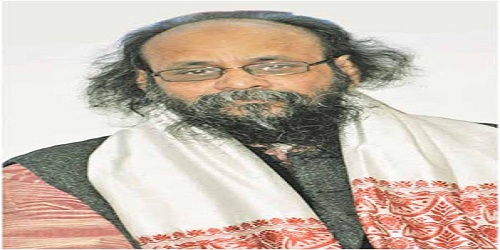 ii. Other awardees of the BBC Awards 2017 are as follows:

Tata Steel Joda Mine gets Golden Peacock Innovation Award
Tata Steel’s Joda East Iron Mine (JEIM) has been honoured with the coveted Golden Peacock Innovation Management Award for the year 2017 for driving innovation in mines.
Golden Peacock Innovation Award for Tata Steel Joda Mine:
i. Tata Steel’s Joda East Iron Mine (JEIM) is located in Kendujhar district of Odisha.
ii. Use of iron waste for sustainable mining and digitisation in excavation of iron ore are some of the innovations implemented at JEIM.
iii. The award was presented to Debashis Jena, Chief of JEIM at Institute of Directors (IOD) India’s 2nd Global Convention, which was recently held at Singapore.
iv. Golden Peacock Award, that were instituted by IOD, not only brings worldwide recognition and prestige for the awardees, but also gives a competitive advantage in driving its business.
Quick Facts about Tata Steel:
♦ Founded in – 1907
♦ Headquarters – Mumbai, Maharashtra

More information about Chile’s Presidential Election:
i. Mr. Pinera defeated Left-winger Alejandro Guillier, who was supported by Chile’s incumbent President Michelle Bachelet.
ii .About 14 million Chileans were eligible to vote in this election. However, voter turnout for this election was low at 48.5%.
iii .Mr. Pinera secured 54.57% votes while his opponent Mr. Guillier  got only 45.43% vote.
iv. Mr. Pinera is the former President of Chile. He governed the country from 2010 to 2014.
v. Interestingly, a decade ago, many South American countries including Argentina, Brazil, Bolivia, Chile, Ecuador, Cuba, Honduras, Nicaragua, Venezuela and Uruguay were all governed by left-wing leaders. This trend seems to be reversing as in recent years conservatives have come to power in Brazil, Argentina and Paraguay.
Quick Facts about Chile:
♦ Capital – Santiago
♦ Currency – Peso
♦ Important Rivers – Baker, Maipo 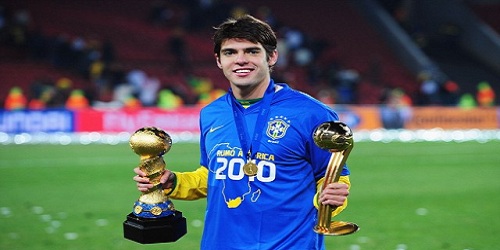 Retirement of Ricardo Kaka:
i. Ricardio Kaka is 35 years old. He started his career with Sao Paulo in Brazil. He is a talented attacking midfielder.
ii. He joined Real Madrid club in 2009. He has received the Ballon d’Or award, which honours the world’s best player annually.
iii. He has suggested that after his retirement he would be interested in joining club AC Milan for a management career.
About Real Madrid:
♦ Founded – 1902
♦ President – Florentino Perez
♦ Head coach – Zinedine Zidane

Jazz and Pop Singer Keely Smith dies at 89
Keely Smith, a pop and jazz singer, died due to heart failure in Palm Springs, California, US. Death of Keely Smith:
i. Keely Smith was 89 years old. She was known for her solo jazz songs and her musical partnership with Louis Prima.
ii. She was born in Norfolk, Virginia on March 9, 1928. As a teenager she started singing with Louis Prima’s band.
iii. In 1953, she married Louis Prima and together they won a Grammy Award in 1959 for their hit song “That Old Black Magic”.
About Grammy Awards:
♦ Awarded for – Outstanding achievements in the music industry
♦ Country – United States
♦ Presented by – The Recording Academy 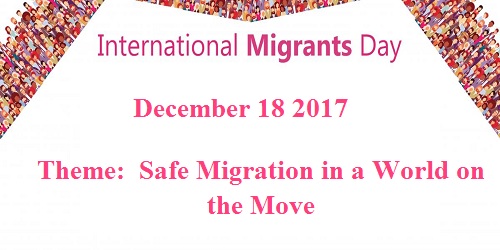