We are here for you to provide the important current affairs December 16 2017 which have unique updates of all daily events from all newspapers such as The Hindu, The Economic Times, PIB, Times of India, India Today, Indian Express, Business Standard, all Government official websites. Our complete current affairs helps you to get more marks in Banking, insurance, UPSC, SSC, CLAT, Railway and all other competitive Exams. 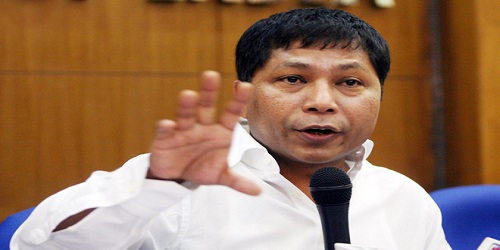 Meghalaya’s Social Audit Law:
i. Meghalaya has thus become first state in India to operationalise a law that integrates social audit of government programmes and schemes as part of government practice.
ii. ‘The Meghalaya Community Participation and Public Services Social Audit Act, 2017’ was passed in April 2017.
iii. It will be applicable to 11 departments and 21 schemes administered by Meghalaya State Government.
iv. Social audit not only enables to bring in corrections in the ongoing schemes but also gives people a direct say in how the money allocated should be spent.
Quick Facts about Meghalaya:
♦ Capital – Shillong
♦ Current Chief Minister – Mukul Sangma
♦ Current Governor – Ganga Prasad
♦ Important National Park – Nokrek National Park

8th Indo-Maldives military exercise “EKUVERIN” begins in Belagavi
On December 15, 2017, India and Maldives commenced their 8th joint military exercise “EKUVERIN” in Belagavi, Karnataka.
i. In Maldivian language, ‘EKUVERIN’ means friends.
ii. Objective of this exercise is to familiarise both armies with each other’s operating methodology in context of counter-terrorist operations in an urban or semi-urban region.
iii. Participants from both the sides will get an opportunity to hone their tactical and technical skills and also to activate the Joint Operations Centre at Belagavi.
iv. Last edition of Indo-Maldives ‘EKUVERIN’ was held in December 2016 at Kaddhoo in the Lammu Atoll, Maldives.
Quick Facts about Maldives:
♦ Capital – Male
♦ Currency – Maldivian rufiyaa
♦ Current President – Abdulla Yameen
♦ Attained independence from United Kingdom in – 1965 World Telugu Conference (WTC):
i. Governors E.S.L.Narasimhan (Telangana and AP) and Vidyasagar Rao (Maharashtra) were the guests of honour. The World Telugu Conference (WTC) is a festival of Telugu language and culture.
ii. Nearly 8,000 delegates and representatives have registered to attend the World Telugu Conference.
iii. Discussions and talks on Telugu literature and culture are held with stalls set up to showcase the history of Telangana, its literature, handicrafts, temples and coins.
iv. President Ram Nath Kovind would be the chief guest at the valedictory function on December 19, 2017.
Dances of few Indian States:
♦ Rouff – Jammu and Kashmir
♦ Bhangra – Punjab
♦ Rasleela – Uttar Pradesh
♦ Garba – Gujarat

NGT bans plastic items in towns located along banks of Ganga
On 15th December 2017, the National Green Tribunal (NGT) imposed a complete ban on plastic items like carry bags, plates and cutlery in towns located on the banks of the River Ganga like Haridwar and Rishikesh.
Plastic items banned in towns located along banks of Ganga:
i. A bench headed by NGT chairperson Justice Swatanter Kumar also banned the sale, manufacture and storage of such items till Uttarkashi.
ii. The Green Tribunal also imposed Rs 5,000 fine on those violating the order and said action will be taken against erring officials too.
About National Green Tribunal (NGT):
♦ Established – 2010
♦ Purpose – effective and expeditious disposal of cases relating to environmental protection and conservation of forests
♦ Chairperson – Justice Swatanter Kumar Foundation Stone of NYAYA GRAM Project:
i. NYAYA GRAM is a model township of the Allahabad High Court. The state government has nominated the Public Works Department, Uttar Pradesh, as the construction agency for the project.
ii. Rs 395.10 crore has been sanctioned for the project. Out of which Rs 62 crore has been released as the first instalment.
iii. In the second phase, the plan is for construction of 33 bungalows for the judges and 66 flats for staff.
Tiger Reserves of Uttar Pradesh:
♦ Pilibhit Tiger Reserve
♦ Dudhwa Tiger Reserve About Dubai Camel Hospital:
i. This hospital has been built at a cost of $10.9 million and has state-of-the-art medical equipments.
ii. Dubai Camel Hospital has a team of international veterinarians and can treat 20 camels at a time.
iii. It will also play a role in research and development of camel medicines.
iv. It is to be noted that Camels are an important part of United Arab Emirates (UAE’s) heritage. Camel races and camel beauty pageants are popular recreation activities for people of UAE. Besides, specific Camels fetch millions of dollars at auctions.

Cabinet approves amendment to law on cheque bounce cases
On 15th December 2017, the Cabinet approved an amendment to a current law to allow for payment of an interim compensation in cheque dishonour cases with a view not to allow unscrupulous elements holding payments.
Amendment to the Negotiable Instrument Act:
i. Amendment to the Negotiable Instrument Act will allow a court to order for payment of an interim compensation to those whose cheques have bounced due to dishonouring parties.
ii. If the drawer is acquitted, the court may direct the payee to repay the amount paid as interim compensation with interest.
iii. Similarly, appellate courts would be enabled to order the appellant to deposit a part of the compensation awarded by the trial court at the time of filing appeal.
iv. A payee of a dishonoured cheque has to spend considerable time and resources in court proceedings to realise money due to him.
Some of the active payments bank in India:
♦ Airtel Payment Bank
♦ India Post Payments Bank
♦ Paytm Payment Bank
♦ FINO Payment Bank

No MDR charges on debit card payments up to Rs 2000 for 2 years from Jan 2018
On December 15, 2017, Union Cabinet decided to waive the merchant discount rate (MDR) applicable on all debit cards, Bharat Interface for Money (BHIM) and Unified Payment Interface (UPI) transactions up to Rs 2000. 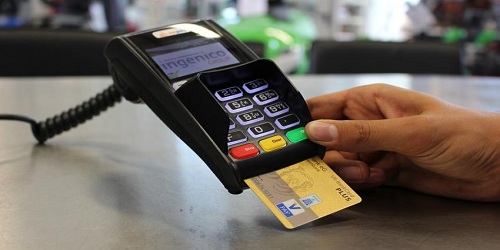 MDR Waiver for Transactions up to Rs. 2000:
i. Fee charged to a merchant by a bank for providing debit and credit card payment services is referred to as merchant discount rate (MDR).
ii.T he decision to waive the MDR on all debit cards, BHIM and UPI transactions has been taken to boost number of digital payments which have been stagnant in recent times.
iii .This waiver has been given for 2 years with effect from January 1, 2018. The amount waived, will be reimbursed to the banks by the Government.
iv .The value of waiver has been estimated at Rs.1050 crore for financial year 2018-19 and Rs.1462 crore for financial year 2019-20.

PM Modi inaugurates 60-Megawatt Tuirial Hydro power Project in Aizawl, Mizoram
On December 16, 2017, Prime Minister Narendra Modi inaugurated the 60 MW Tuirial hydropower project in Aizawl, Mizoram.
About Tuirial hydropower project:
i. Tuirial hydropower project is the first large hydropower project in Mizoram and is expected to boost the socio-economic development of the state.
ii. The project was first cleared in 1998, by the then Prime Minister Atal Bihari Vajpayee.
iii. Utility of this project will not be limited to power generation. Water stored in reservoir (spread over an area of 45 square km) will provide connectivity to remote villages and will also be used for development of fisheries.
iv. The project has been built on Tuirial River. It is a central sector project, built at a cost of Rs 1302 crore.
v. It was executed by North Eastern Electric Power Corporation( NEEPCO) under Union Ministry of Power. 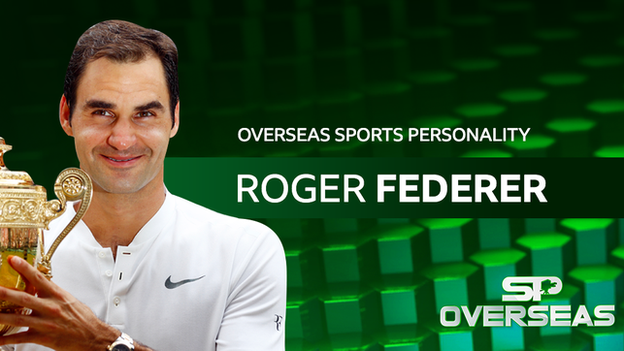 Roger Federer – BBC overseas sports personality of the year 2017:
i. Roger Federer is 36 years old. This season he has won two Grand Slam titles and ranked world number two behind his rival Rafael Nadal.
ii. Roger Federer previously won the award in 2004, 2006 and 2007. Muhammad Ali and Usain Bolt have each won it three times.
iii. Roger Federer and the other award winners will be honoured during Sunday’s BBC Sports Personality of the Year ceremony in Liverpool.
About British Broadcasting Corporation (BBC):
♦ Headquarters – London
♦ Chairman – Sir David Clementi

Google to shut down Tango; shifting focus to ARCore
On 16th December 2017, Google announced the shutting down of its high-end smartphone Augmented Reality (AR) platform, Tango. Google shuts down Tango:
i. Google wants to shift focus to its mass market product, ARCore. Tango support will stop on March 1, 2018.
ii. Tango was introduced in 2014. It relied on advanced camera hardware to build 3D meshes of spaces in a manner which was similar to the way HoloLens from Microsoft functions.
iii. It was difficult for Google to get phone manufacturers to build this fairly expensive functionality into their products, and it only succeeded in getting the Tango platform running on a few devices.
About Microsoft Corporation:
♦ Headquarters – Washington, U.S.
♦ Chairman – John W. Thompson
♦ CEO – Satya Nadella

NASA spots eighth planet Kepler-90i  in solar system
On 14th December 2017, NASA revealed the discovery of Kepler-90i planet using a Google neural network trained to identify planets from the NASA Kepler space telescope’s data.
Eighth Planet in solar system:
i. Kepler-90i is the eighth planet discovered in the Kepler-90 system. Kepler-90 is a sun-like star located around 2,545 light-years from us.
ii. NASA’s Kepler was launched in 2009 on a mission to seek out exoplanets and it has since gathered evidence of planets that may be able to host alien life.
iii. So far, scientists have confirmed around 2,500 exoplanets, with 30 of those potentially being Earth-like planets located within their stars’ habitable zones where liquid water could exist.
About National Aeronautics and Space Administration (NASA):
♦ Headquarters – Washington, D.C., U.S.
♦ Acting Administrator – Robert M. Lightfoot Jr.
♦ Formed – 1958 Official emblems for Beijing 2022 Winter Games:
i. The Olympic emblem is originated from the Chinese character “dong” (winter). At the top of the emblem is a skater rushing forward, while at the bottom is a skier. The dynamic lines in the middle represent mountains, trails in the snow seen during winter sports and the silk ribbons which are often used when Chinese people celebrate the Lunar New Year, which will overlap with Beijing 2022.
ii .The Paralympic emblem oriented around the Chinese character “fei” (flight). The emblem is an abstract image of an athlete who is fighting for victory, highlighting the spirit of and inspiration for the Paralympic Winter Games.
iii. The chief designer of the two emblems is Lin Cunzhen, deputy dean of China Central Academy of Fine Arts Design School.
About International Olympic Committee:
♦ Motto – Faster, higher, stronger
♦ Founded – 1894
♦ Membership – 105 active members, 32 honorary members, 2 honour members

Vikas Khanna unveils his new book “Poeatry” at Times Litfest
On 15th December 2017, Vikas Khanna launched his coffee table book “Poeatry” at the Times Litfest in Mumbai.
Poeatry:
i. The book Poeatry is a collection of over 100 poems related to food and life. It introduces Vikas Khanna as a poet.
ii. It is conceptualised and designed by Kumar Chiplunkar and his team at Chap & Chapette, a design house based in New Delhi. Chap & Chapette specialises in design for luxury, coffee table books and other designs.
Libraries in Mumbai:
♦  Asiatic Society of Mumbai
♦ David Sassoon Library Vijay Diwas:
i.  Vijay Diwas is commemorated every 16 December in India. It marks India’s military victory over Pakistan in 1971 during the Indo-Pakistani War of 1971, in alliance with Bangladesh.
ii. India and Bangladesh, since then, celebrate Vijay Diwas, also known as Victory day, every year to mark both the countries’ military victory over Pakistan.
iii. On this day, citizens, senior officials, students & war veterans lay wreaths and remember the sacrifices of the soldiers.
About Indo-Pakistani War of 1971:
♦ Date – 3–16 December 1971
♦ Military confrontation between India and Pakistan