We are here for you to provide the important current affairs August 29 2018 which have unique updates of all daily events from all newspapers such as The Hindu, The Economic Times, PIB, Times of India, India Today, Indian Express, Business Standard, all Government official websites. Our complete current affairs helps you to get more marks in Banking, insurance, UPSC, SSC, CLAT, Railway and all other competitive Exams. 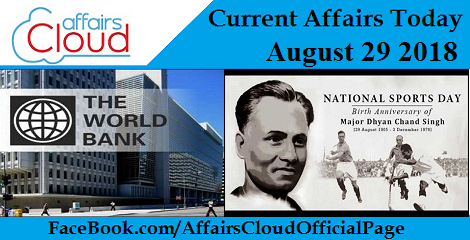 NMCG Approves Projects Worth Nearly 150 Crore Rupees for Cleaning the River and Its Banks
On 28th August 2018, the National Mission for Clean Ganga (NMCG) approved projects worth Rs 150 crores in Uttarakhand, Uttar Pradesh, Bihar and West Bengal under the Namami Gange programme, in its 5th Executive Committee meeting held in New Delhi.
Key Points:
i. These projects comprise Interception and Diversion (I&D) works in which small rivers, rivulets and drains are intercepted before they empty into the main river.
ii. They are diverted to Sewage Treatment Plants (STP), hence the water that drains into the main river is clean. Development of Ghats is also included in the projects.
iii. State-wise approvals of projects: 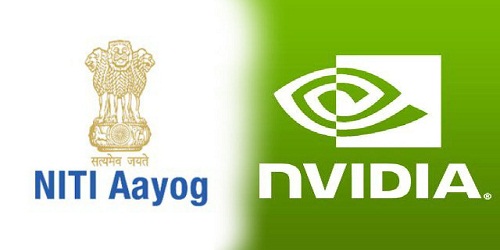 MoU signed for skill development of “Arogyamitras” under PMJAY
On 27th August 2018, a MoU was signed between the National Skill Development Corporation (NSDC) and National Health Agency (NHA) to provide capacity building for Pradhan Mantri Jan Arogya Yojana (PMJAY) for effective launch and implementation.
Key Points:
i. The MoU was signed by Dr Indu Bhushan, CEO, NHA and Manish Kumar, MD & CEO, NSDC.
ii. According to the MoU, NSDC will train the Arogyamitras through its Skill Development Centres operating under Pradhan Mantri Kaushal Vikas Yojana (PMKVY) and Pradhan Mantri Kaushal Kendras (PMKK).
iii. Pradhan Arogyamitras who have been currently recruited/ deputed will be certified by Health Care Sector Skill Council. The Healthcare Sector Skill Council is a non-statutory body for health sector under NSDC.
iv. The Arogyamitras will act as an interface between the beneficiaries and the system.
About Pradhan Mantri Jan Arogya Yojana (PMJAY):
♦ Aim – to provide financial protection to 10.74 crore poor, deprived families who will receive a benefit cover of Rs 5 lakh per family
♦ Launch – 25 September 2018

2 new projects of Punjab and Tripura got sanctioned under Swadesh Darshan Scheme: Tourism Ministry
On August 29, 2018, the Ministry of Tourism sanctioned two new projects under Heritage and North East Circuits of Swadesh Darshan Scheme forRs 164.95 crore in Punjab and Tripura.
Key Points:
In Punjab:
i. In Punjab, the project covers sites of Anandpur Sahib, Fatehgarh Sahib, Chamkaur Sahib, Ferozpur, Amritsar, Khatkar Kalan Kalanour Patiala at the cost of Rs 99.95 crore.
ii. The project includes development including Virtual Reality Shows, CCTV and Wi-Fi facilities, cafeterias, open air theatre etc.
In Tripura:
i. The total project cost will be Rs 65 crore.
ii. The sites of Surma Cherra- Unakoti- Jampui Hills- Gunabati-Bhunaneshwari- Matabari- Neermahal- Boxanagar- Chotta khola- Pilak- Avangchaarra have been covered under this.
iii. Infrastructural development of the sites with interpretation centre, tourist visitor centres, last mile connectivity, illumination of sites and monuments etc will be done.
About Swadesh Darshan:
♦ ‘Swadesh Darshan’ (tour of country) is a flagship scheme of the Ministry of Tourism for the development of thematic circuits of 13 cities in the country in a planned and prioritised manner.
♦ It was launched in 2014-15. Highlights of the report:
i. This is due to strong domestic consumption from the both services and agriculture sectors and manufacturing sector.
ii. India received $37.3 billion capital inflow in 2017-18 as compared to $36.3 billion in the previous fiscal. During the 2015-16, the country received $36.06 billion.
iii. The increase in foreign capital flow was mainly due to higher flows into the communication services, retail and wholesale trade, financial services and computer services.
iv. FDI inflows were concentrated mostly in Mauritius and Singapore with almost 61% of total equity investments.
Background:
India’s rank in the World Bank’s report of Ease of Doing Business 2018: 100/190. ii. The program will be implemented by the Energy Efficiency Services Limited (EESL).This is one of the several steps being taken by the Government of India to meet its climate change commitments to reduce carbon intensity by 33-35 percent by 2030.
iii. Agreement signed by: 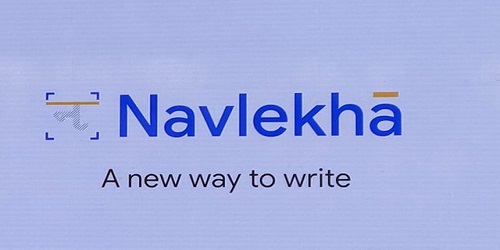 Navlekha:
i. Project Navlekha has been launched to enable Indian publishers of regional languages to publish their content online, without facing the trouble of selling printed copies.
ii. The official website of Navlekha can be easily interpreted by users. Users can also obtain help from experts to set up their publication website.
iii. Google will not charge for its publication tools and the domain name for the first 3 years. Users can also sign up for Google’s advertising placement service AdSense and monetise their website.
iv.Other announcements made at the event are: National Sports Day:
i. In India, National Sports Day is celebrated on August 29 every year on the birth anniversary of Indian hockey legend Major Dhyan Chand.
ii. Major Dhyan Chand who was born on 29 August 1905 was known for his extraordinary goal-scoring skills. He had won 3 Olympic gold medals in hockey. He passed away on 3rd December 1979.
iii. Every year on National Sports Day, Arjuna and Khel Ratna awards are conferred by the President to extraordinary Indian athletes.
iv. This year it has been postponed to 25 September as the athletes are currently taking part in Asian Games 2018 in Indonesia.