The State government allotted 65 cents of land opposite Sathya Studio to construct the Manimandapam for thespian Sivaji Ganesan as the South Indian Film Artistes in 2002.

Cabinet gives nod to include Sipai, Patni, Jamat Kahar and Tanwar Singhariya in the OBC list

Amendments in the Central List have been made by the Union Cabinet, chaired by Prime Minister Narendra Modi, for Other Backward Classes in respect of Gujarat and Uttarakhand.

Maternal and neonatal tetanus (MNT) was responsible for the deaths of an estimated two lakh adults and children every year in India. Tetanus, which majorly occurs due to an open wound in the body, is one of the biggest reasons behind maternal and newborn mortality.

Three Indians named as Fellows by American Society for Metals

Three Indians named Pradeep Goyal, Vivekanand Kain, and Gankidi Madhusudhan Reddy and while three Indian-origin achievers named Pranesh Aswath, Suveen Mathaudhu, Muthukumarasamy Sadayappan are among 29 people, who have been named as Fellows this year by the American Society for Metals. 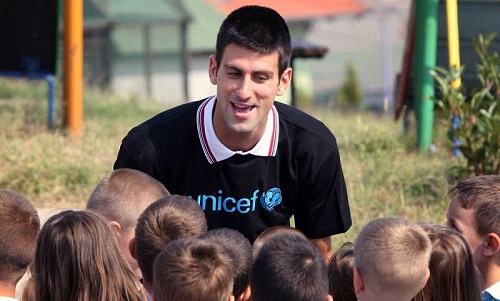 Novak Djokovic, the number one tennis player in the world,is appointed as the a new goodwill ambassador for the UN Fund for Children, joining a roster of athletes and celebrities to hold the post.

Kohli moves up to No.4, India retain 2nd spot in ODI rankings