According to the official data released by the Registrar General and Census Commissioner, the Muslim population in India grew by 24.6% while the decadal population growth for Hindus stood at 16.8% during between 2001 and 2011.

India-Pacific Islands Cooperation (FIPIC) second forum held in Jaipur, Rajasthan on  August 21, 2015 attended by heads of states and governments and key officials of the 14 pacific island nations of the group.

For the Indian heroes of the 1965 and 1971 war with Pakistan, Jaisalmer War Museum’ has been established in the Military Station of Jaisalmer to commemorate the sacrifice of war heroes.

India andAustralia will undertake their first first bilateral maritime exercise – AUSINDEX  in Visakhapatnam next month announced by Defence Minister Manohar Parikkar, who is on a two-day visit to Australia, met his Australian counterpart Stephen Smith in Perth

‘Mortgage guarantee’ backed loans for retail customers allows a borrower to enhance the loan amount by up to 20% and also provides the option to extend the repayment period up to 67 years of age is launched by ICICI Bank. 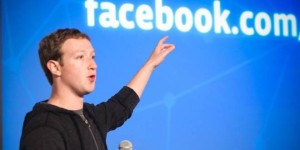 For faster and more effective execution of its work, Securities and Exchange Board of India (Sebi) plans to beef up its headcount has embarked on a special recruitment drive for hiring 46 officers from weaker section of the society.

Sports Authority of India organize sports tournaments across India to identify talent, arrange to nurture it and take them through the city, district, state, zonal and national level of competitive sport.