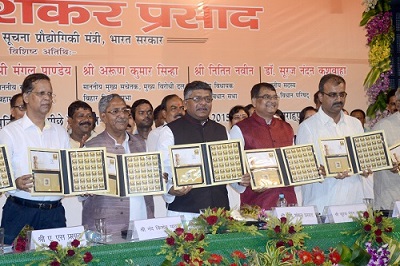 Justice M L Tahaliyani sworn in as Lokayukta of Maharashtra

Justice (Retd) M L Tahaliyani who is often called a ‘green judge’ due to his passion for nature was sworn in as the new Maharashtra Lokayukta, Governor C Vidyasagar Rao administered the oath of office to Justice Tahaliyani at a brief ceremony held at the Darbar Hall of Raj Bhavan.

President Obama made appointments of 11 people as full-time judges, among which Vince Chhabria 46-year-old Indian-American federal judge as a full-time judge in the third largest US state California.