We are here for you to provide the important current affairs August 22 2018 which have unique updates of all daily events from all newspapers such as The Hindu, The Economic Times, PIB, Times of India, India Today, Indian Express, Business Standard, all Government official websites. Our complete current affairs helps you to get more marks in Banking, insurance, UPSC, SSC, CLAT, Railway and all other competitive Exams. 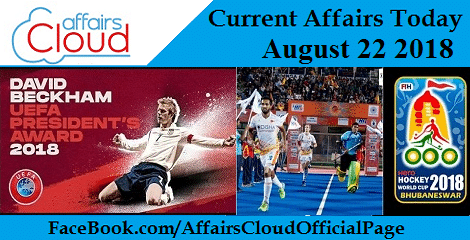 NOTA option cannot be permitted in Rajya Sabha polls, says Supreme Court
On August 21,2018 None of The Above (NOTA) option will not be available for elected MPs and MLAs voting in the coming Rajya Sabha elections, with the Supreme Court cancelling an Election Commission notification which had provided such option in Upper House. 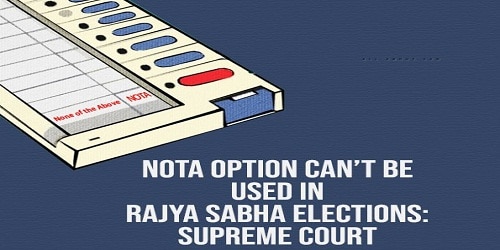 i. A Bench, led by Chief Justice of India (CJI) Dipak Misra held that the NOTA option is meant only for universal right of voting and direct elections and not polls held in the Rajya Sabha.
ii. The Bench had reserved for judgment on a petition filed in 2017 by Gujarat Congress leader Shailesh Manubhai Parmar to do away with the ‘NOTA’ option in Rajya Sabha elections.
iii.The option of NOTA for Lok Sabha and assembly elections was prescribed by the SC in 2013. The option of NOTA in Rajya Sabha polls was introduced by the EC in 2014.

Home Minister assigned NCRB to curb “sexual violence” videos involving women and children
On August 21,2018 ,An important meeting was held under the head of Home Minister Rajnath Singh to discuss recommendations on ways to curb “sexual violence” videos involving women and children.
Decisions taken at meeting:-
i. National Crime Records Bureau (NCRB) would be the designated nodal agency for monitoring the complaints received on a government portal that records child pornography and sexual violence videos.
ii. The NCRB would coordinate with service providers such as Facebook, YouTube and WhatsApp to block malicious videos and contents.
iii. A notification has been issued to NCRB under the Information Technology Act, 2000 to enable us take action against such videos and to ask the service providers to block the content.
iv. Electronics and IT Minister Ravi Shankar Prasad also attended the meeting.It was also attended by NSA Ajit Doval as well as Director of Intelligence Bureau.
About National Crime Records Bureau (NCRB)
NCRB is an Indian government agency responsible for collecting and analysing crime data as defined by the Indian Penal Code (IPC). NCRB is headquartered in New Delhi and is part of the Ministry of Home Affairs (MHA), Government of India. The current Director of NCRB is Ish Kumar (IPS).

JEE Advanced: IITs reject Government proposal to reform exam format
On August 21,2018, Indian Institute of Technology rejected the proposal of Human Resource and Development ministry for setting up a panel to recommended changes in the Joint Entrance Examination (JEE- Advanced).
Overview of Proposal and Rejection:-
Proposal of new panel by HRD:-
i. Government is suggesting  5 member panel under the head of IIT Madras Director, Bhaskar Ramamurthy which would discuss and resolve issues on why the number of students qualifying for JEE Advanced is falling down year after year.
ii. The aim of this Panel :-  to develop a robust and scientifically designed entrance exam system to test the potential of the candidates as well as to reduce their dependence on coaching institutes.
Rejection of panel by IIT council on August 21st :-

Final decisions taken to improve the flaws
i. IITs will strengthen the Peer-Assisted Learning (PAL) programme in a bid to address concerns regarding student’s dependence on coaching institutes.
ii. Under the Peer-Assisted Learning (PAL) programme, both the students and teachers of the IITs will record lectures which will help IITs aspirants to crack the JEE (Advanced) test.
iii. IITs are free to decide on the tuition fees for foreign students admitted in the postgraduate courses like M Tech and Research.
vi. The council also recommended the setting up of a common front to recruit foreign teachers collectively for all IITs. Cyclone Warning Centre to be set up in Thiruvananthapuram at Kerala
On August 21 2018, the Union Ministry of Earth Sciences is proposing to set up a Cyclone Warning Centre in Thiruvananthapuram,Kerala which will provide regular coastal bulletins and heavy rainfall alerts. It is expected to be serviceable within a month.
i. India Meteorological Department(IMD)has only 6 cyclone warning centres at Chennai,Vishakhapatnam, Bhubaneswar, Kolkata, Ahmedabad and Mumbai.
ii. The ministry has also proposed setting up another C-band Doppler weather radar at Mangalore to provide “nowcast” alerts for severe weather, including thunderstorms triggered by heavy rain for the next 2-3 hours.
iii. The radar costs Rs 3 crore which will cover northern Kerala and Karnataka and is expected to be installed by the end of next year. Currently, there are two Doppler radars in the state, at Kochi and Thiruvananthapuram, which cover the central and southern districts, respectively.

Odisha Govt to Set Up world-class Interpretation Centre at Bhitarkanika National Park
On August 21 2018 ,Odisha government has decided to set up a state-of-the-art interpretation centre at Bhitarkania National Park to showcase its flora, fauna and rich biodiversity.
i. Now, the national park has an interpretation centre at Dangmal but it proved to be inadequate in preserving the vast reserve of the finest biodiversity.So Government plan to set up a specialized and world-class interpretation centre at Bhitarkanika to showcase its efforts in protecting crocodiles and preserving its rich mangrove diversity.
ii. The project has been approved under the Integrated Coastal Zone Management Programme (ICZMP)at an estimated cost of Rs.3 crore.
Few facts about Bhitarkania National Park
i. The national park is said to house 70 per cent of the country’s estuarine crocodile or saltwater crocodiles, conservation of which was started in 1975.
ii. The park is also famous for its mangroves, turtles and migratory birds. 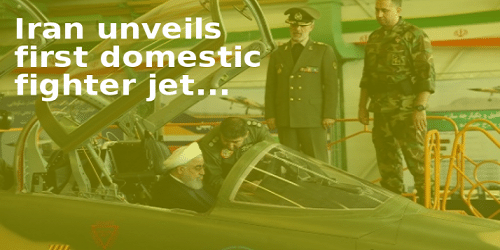 i. President Hassan Rouhani insisting that Tehran’s military strength was only designed to deter enemies and create “lasting peace”. i. It executed its first digitized invoice discounting transaction on RXIL TReDS platform, when it accepted the digital invoice uploaded by Narendra Udyog , a Nasik-based MSME vendor. The transaction was financed by Bank of Baroda.
Objective of TReDS
The TReDS Platform of RXIL is expected to be a catalyst in the growth of MSMEs by bringing up the transparency in the business eco-system and addressing the issue of delayed payments for MSMEs.
Background
i. MSMEs continue to face constraints in obtaining adequate finance, particularly in terms of their ability to convert their trade receivables into liquid funds.
ii. A Committee on Financial Sector Reforms (FSR) setting up of Electronic Bill Factoring Exchanges, whereby MSME bills against large companies could be accepted electronically and auctioned, to ensure prompt realisation of trade receivables at competitive rates.
iii. Based on the FSR Committee recommendations, SIDBI in collaboration with NSE, had taken the initiative to set up an E-discounting platform to support financing of MSME receivables.
iv. SIDBI along with NSE have been granted approval by RBI to set up and operate TReDS as per the guidelines issued on December 03, 2014 under the Payment and Settlement System (PSS) Act, 2007.
Why TReDS?

About RXIL:-
Receivables Exchange of India Ltd (RXIL) was set up on February 25, 2016 as a joint venture of Small Industries Development Bank of India (SIDBI) and National Stock Exchange of India Limited (NSE), with an objective to operate India’s First Trade Receivables Discounting System (TReDS) for factoring of the invoices of the MSME’s in compliance with TReDS guidelines issued by RBI. RXIL commenced operations on January 09, 2017.

i. UEFA President Aleksander Ceferin called Beckham as the “a true football icon of his generation” after selecting the former Manchester United and Real Madrid midfielder to receive the award in Monaco later.
ii. The President’s Award recognises outstanding achievements, professional excellence and exemplary personal qualities. 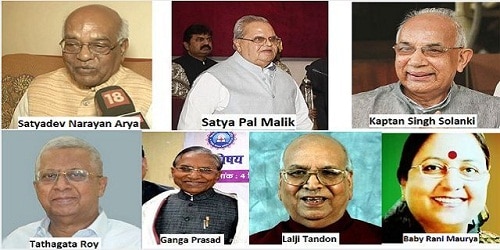 Ex-HC judge Sharma named head of Chhattisgarh anti-graft authority
On August 20,2018 Retired judge of the Chhattisgarh High Court T P Sharma was appointed the new chief Lokayukt of the state.
i. Sharma will head the Chhattisgarh Lok Ayog, set up to deal with corruption cases against public servants.

Chandrayaan-I data confirms presence of ice on Moon: Nasa
NASA informed that Scientists have found frozen water deposits in the darkest and coldest parts of the Moon’s polar regions using data from the Chandrayaan-I spacecraft, that was launched by India ten years ago.
i. With enough ice sitting at the surface within the top few millimetres—water would possibly be accessible as a resource for future expeditions to explore and even stay on the Moon, and potentially easier to access than the water detected beneath the Moon’s surface.

Never-Before-Seen Megalithic Mass Grave From 5,000 Years Ago Discovered in Kenya
It was 5,000 years ago. In Africa’s shifting environment, an early society came together on the shores of Kenya’s Lake Turkana, and they built something so rare and remarkable.
i. Five millennia later, an international team of archaeologists has now uncovered what this ancient structure was: a massive, monumental cemetery, the earliest and largest of its kind in eastern Africa.
ii. The mortuary cavity of a platform mound measuring 30 metres (almost 100 ft) in diameter, an estimated minimum of 580 individuals was buried – including men, women, children, and the elderly.

i. 16 Teams are to be participated in the Tournament.
ii. The Hague in Netherland hosted the Previous tournament in the year 2014,in which Australia won the title which is their third title and the Netherland became the Runner Up.Only 12 Teams Participated in the Tournament.
iii. Ahead of this tournament Odisha government has decided to launch a build-up campaign in 17 cities from August 29. The campaign will be organised in Rourkela, Mumbai, New Delhi, Bhubaneswar and other important cities and hockey states.
iv. Earlier, a nation-wide publicity campaign, ‘Heartbeats for Hockey’, was launched to showcase Bhubaneswar as a sporting venue and Odisha as a tourist destination.Advertisements were put up on buses in London with the tagline of ‘Odisha by Morning, Hockey by Evening’.

Senior Congress leader Gurudas Kamat passed away in New Delhi
On August 22,Senior Congress leader and five-time parliamentarian Gurudas Kamat passed away due to Heart Attack.He was 63 year old.
i. Kamat was a commerce graduate and had a law degree from the Government Law College, Mumbai.
ii. Kamat served as a Union minister in the UPA-II government.
Positions he Held:
i. He was a Member of Parliament from the Mumbai North West Constituency in 2009 and Mumbai North East Constituency in 1984,1991,1998 and 2004.
ii. From 2009 to 2011,he served as the Minister of State for Home Affairs with Additional Charge of Communications and Information Technology.
iii. He was a member of the Congress Working Committee and also served as the general Secretary of the AICC(All India Congress Committee )

Former Odisha Minister Jadunath Das Mohapatra passed away
On August 21,Former Odisha Minister,Multi-faceted Personality and three-time MLA Jadunath Das Mohapatra passed away due to Prolonged illness.He was 90.
i. Das Mohapatra begun his political career as a student leader and joined Congress in early sixties and was the general secretary of Balasore District Congress Committee from 1964 to 1967.
ii. He was also made education minister in the cabinet of late Chief Minister Janaki Ballabh Patnaik in 1985.
iii. He was also a renowned litterateur.He has written 20 novels, 16 plays, 12 anthologies of poems and literary write-ups and won several awards.