We are here for you to provide the important current affairs April 1 2018 which have unique updates of all daily events from all newspapers such as The Hindu, The Economic Times, PIB, Times of India, India Today, Indian Express, Business Standard, all Government official websites. Our complete current affairs helps you to get more marks in Banking, insurance, UPSC, SSC, CLAT, Railway and all other competitive Exams. 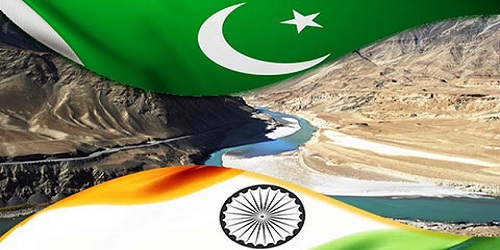 More information about 114th meeting of the Permanent Indus Commission (PIC):
i. The meeting focused on technical deliberations on various issues related to Indus Waters Treaty (IWT) between India and Pakistan.
ii. Indian side that took part in this meeting comprised Indus water commissioner P.K. Saxena, technical experts and a representative of the Union Ministry of External Affairs, while Pakistani delegation was led by Syed Muhammad Mehar Ali Shah.
iii. Last PIC meeting was held in Islamabad, Pakistan in March 2017.
Facts about Indus Waters Treaty (IWT):
♦ IWT is a bilateral treaty between India and Pakistan that lays out terms and conditions for sharing waters of Indus River System.
♦ It was signed in year 1960 between the then Prime Minister of India Jawaharlal Nehru and the then President of Pakistan Ayub Khan. The World Bank played a crucial role as a mediator.
♦ The treaty also brought into existence ‘Permanent Indus Commission’ for resolving any future disputes relating to the treaty. 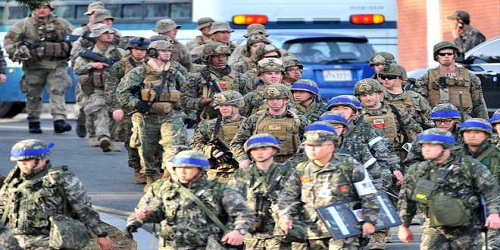 More Details about ‘Foal Eagle drill’:
i. Nearly 11500 American and 290000 South Korean troops will be participating in a month-long a series of field training exercises to be held under ‘Foal Eagle drill’.
ii. Earlier, the drill was to be held in February 2018. However, it was delayed in order to avoid a clash with Winter Olympic Games 2018 in Pyeongchang, South Korea.
iii. This edition of ‘Foal Eagle drill’ will be a low-key event, featuring fewer strategic weapons, as North Korea has proposed to hold summits with the South Korea and US, which has in turn eased the tension and diplomatic rhetoric on Korean peninsula.
Quick Facts about South Korea:
♦ Capital – Seoul
♦ Currency – South Korean won
♦ Current President – Moon Jae-in
♦ Important Rivers – Nakdong, Geum, Hantan Mobile Phone production in India:
i. ICA’s claim was based on data available from market research firm IHS, China’s National Bureau of Statistics and Vietnam General Statistics Office.
ii. With 11 million units produced in 2017, India replaced Vietnam as the second largest producer of mobile phones in 2017.
iii. It is to be noted that annual production of mobile phones in India in 2014 was just 3 million units.
iv. On account of rise in domestic production, imports of the devices in India also reduced to less than half in 2017-18.
v. Fast Track Task Force (FTTF), a body under Union Ministry of Electronics and IT, has set target to achieve around 500 million mobile phone production in India by 2019. 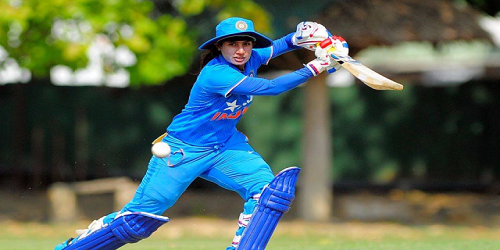 BCCI appoints former Rajasthan DGP Ajit Singh as head of its Anti Corruption Unit
On March 31, 2018, Board of Control for Cricket in India (BCCI) has appointed former Rajasthan DGP, Ajit Singh as the Head of its Anti-Corruption Unit.
Ajit Singh appointed as head of BCCI’s Anti Corruption Unit:
i. Ajit Singh will replace former Delhi Police Commissioner Neeraj Kumar, who has been assigned advisory role in the ACU till May 31, 2018.
ii. Mr. Singh has served in Indian Police Service (IPS) for 36 years. He is experienced in anti-corruption operations, investigative work and field policing.
iii. He has also been the head of Rajasthan’s anti-corruption bureau.
iv. Mr. Singh’s appointment has been made just ahead of Indian Premier League (IPL), scheduled to commence from April 7, 2018.

ISRO confirms it has lost contact with GSAT-6A satellite
On April 1, 2018, Indian Space Research Organisation (ISRO) stated that it has lost contact with GSAT-6A, the latest communication satellite, which was launched on board Geosynchronous rocket GSLV-F08 on March 29, 2018.
Contact with GSAT-6A lost:
i. Contact with GSAT-GA was lost while preparing it for the third and final orbit-raising firing. ISRO is now trying to establish link with the satellite again.
ii. GSAT-6A has been built by ISRO and is similar to the GSAT-6 put into orbit in 2015.
iii. GSAT-6A was to provide mobile communication to India through, multi-beam coverage facility.
iv. It weighs 2140 kg and has mission life of 10 years.
Quick Facts about ISRO:
♦ Established in – 1969
♦ Headquarters – Bengaluru, Karnataka
♦ Current Chairman – Dr. K. Sivan 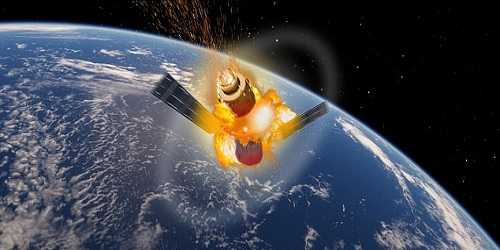 About Tiangong-1 space lab:
i. Launched in September 2011, Tiangong-1, represented China’s goal to establish a permanent space station.
ii. However, in 2017, China informed United Nations that Tiangong-1 had ceased functioning in March 2016.
iii. Thus China launched Tiangong-2 space lab in September 2016, which was successfully put into orbit post launch.
iv. Currently, Tiangong-1 is orbiting the Earth at a height of 196.4 kilometres.
v. Scientists are not sure as to where Tiangong-1 would come down on Earth, but it is likely to burn up in the atmosphere during its re-entry and would thus not pose any risk.
Quick Facts about China:
♦ Capital – Beijing
♦ Currency – Renminbi
♦ Current President – Xi Jinping
♦ Important Rivers – Yangtze, Yellow River