We are here for you to provide the important Current Affairs September 16 2018, which have unique updates of all daily events from all newspapers such as The Hindu, The Economic Times, PIB, Times of India, India Today, Indian Express, Business Standard, all Government official websites. Sushma Swaraj & Yogi Adityanath inaugurate website for 15th Pravasi Bharatiya Divas 2019
On 15th September 2018, External Affairs Minister (EAM) Sushma Swaraj and Uttar Pradesh Chief Minister Yogi Adityanath inaugurated the website for the 15th Pravasi Bharatiya Divas (PBD) 2019 that will be held in Varanasi, Uttar Pradesh.
Key Points:
i. As the website has been launched, the online registration for participation in PBD Convention 2019 has started. Uttar Pradesh government is the partner state for the convention.
ii. The website is available at: https://pbdindia.gov.in/en
ii. Keeping in mind the people who will be attending the Kumbh Mela and Republic Day, the date for the PBD 2019 has been shifted from January 9 to January 21 to 23, 2019.
iii. PBD is usually celebrated on January 9 every year, that commemorates Mahatma Gandhi’s return from South Africa on 9thJanuary, 1915.
iv. Theme for Pravasi Bharatiya Divas 2019 is: ‘Role of Indian Diaspora in building a New India’.
v. Uttar Pradesh Government will also organise the State PBD 2019 on 21 January, 2019.
vi. Pravasi Bharatiya Samman Awards will be conferred by President Ram Nath Kovind. Prime Minister of Mauritius Pravind Kumar Jugnauth will be the Chief Guest of the Convention. 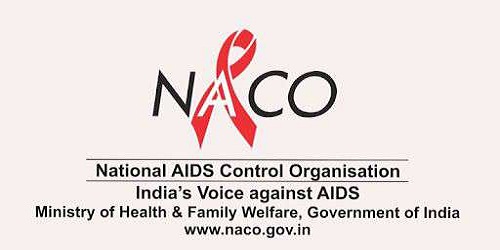 About the report:
i. It was compiled by the National AIDS Control Organisation (NACO) in collaboration with the Indian Council of Medical Research (ICMR)-National Institute of Medical Statistics (NIMS)
ii. It is a part of the series of HIV Estimations under National AIDS Control Programme (NACP).
According to the Report:
i. Around 69.11 thousand PLHIV died of AIDS-related causes in 2017.
ii. Nationally, 21.40 lakh people are affected by AIDS with more than two-fifth of them being women.
iii. Maharashtra has around 3.30 lakh, contributing 15 per cent of total immunodeficiency virus-affected people.
iv. Other states with high prevalence of PLHIV are:
Andhra Pradesh (2.70 lakh), Karnataka (2.47 lakh) and Telangana (2.04 lakh) ,
v. In adult HIV prevalence, Mizoram has the highest in the country at 2.04 per cent, followed by Manipur at 1.43 per cent and Nagaland at 1.15 per cent.
vi. Lowest adult HIV prevalence was in Jammu & Kashmir.
vii. Around 22,677 HIV-positive women gave birth in 2017 with highest cases in Maharashtra followed by Uttar Pradesh, Bihar, Andhra Pradesh, Karnataka, Telangana, West Bengal, Gujarat, Tamil Nadu and Rajasthan.
viii. 87.58 thousand new HIV infections occurred in 2017 with Telengana having the highest no of cases accounting for 11% of the total.
ix. It is followed by Bihar and West Bengal with 10% each, Uttar Pradesh (8%), Andhra Pradesh (7%), Maharashtra (7%), Karnataka (6%) and Gujarat (5%).
x. Together, these eight states contributed almost two thirds of all annual new HIV infections in India.
xi. New infections are declining nationally, in five states — Arunachal Pradesh (65 per cent), Assam (37 per cent), Mizoram (18 per cent), Meghalaya(10 per cent) and Uttarakhand (4 per cent).
xi. Since 2005, the number of annual AIDS-related deaths have declined by almost 71 per cent.
Background:
Over 190 countries, including India, have pledged to end AIDS by 2030 by adopting goal 3 of UN Sustainable Development Goals.
Health and Family Welfare Ministry:
♦ Union Minister: Shri Jagat Prakash Nadda.
♦ Minister of State: Ashwini Kumar Choubey, Anupriya Patel.

J&K declared Open Defecation Free on the eve of “Swachhata Hi Seva” campaign
On September 16, 2018, Jammu and Kashmir Governor Satya Pal Malik declared the state open defecation free (ODF) at the launch of “Swachhata Hi Seva“ campaign at the Sher-i-Kashmir International Conference Centre (SKICC).
i. All 22 districts, 4,171 Gram Panchayats and 7,565 villages in the state are ODF as per Swachh Bharat Mission (Grameen) guidelines.
ii. This was achieved ahead of the target one year in advance.
iii. 1.1 million individual household toilets and 1,350 community sanitary complexes have been constructed in the state, under the Swachh Bharat Abhiyan.
iv. Governor also launched the Swachhta Hi Seva – a fortnight-long cleanliness campaign for public awareness and involvement of community in Srinagar.
v. The Governor Administration would be ensuring cleanliness of all the water bodies and lakes, cities, towns and villages of the State.
vi. It would also formulate a sustainable solid and liquid waste disposal programme.
Other News:
For strengthening sports infrastructure in the state, an IPL team for Jammu and Kashmir and construction of stadiums in all districts having state-of-the-art facilities are in the making.
Jammu & Kashmir:
Lakes: Mansar Lake, Dal lake, Anchar Lake, Khushal lake, Tarsar Lake.
National Parks in Jammu and Kashmir:
Dachigam National Park, Hemis National Park, Kishtwar National Park, Salim Ali National Park.

First ever dedicated dog park was constructed in Hyderabad
On September 12, 2018, for the first time in India a dedicated dog park has been set up in Hyderabad.
i. The park is spread across an area of 1.3 acres.
ii. It was developed by Greater Hyderabad Municipal Corporation (GHMC) at a cost of Rs 1.1 crore.
iii. It has also been certified by the Kennel Club of India.
iv. It has the following amenities:

Objective:
To provide clean drinking water across the state.
Key Points:
i. According to the scheme:

India ranked 3rd in family-owned businesses: CSRI
On September 16, 2018, according to the ‘Credit Suisse Family 1000 in 2018’ study, published by Credit Suisse Research Institute (CSRI), India ranked third globally in terms of number of family-owned companies.
i. India has a total of 111 companies and $839 billion total market capitalization.
ii. India follows China (159 companies) and the US (121 companies).
iii. Korea came in fourth place, with 43 companies followed by Indonesia in the 5th place.
iv. In the Non-Japan Asian region, China, India and Hong Kong dominate with a combined market capitalisation of $2.85 trillion.
v. The rating agency analysed over 1,000 family-owned, publicly-listed companies, and compared their 10-year performance to more than 7,000 non-family owned companies globally. Key Points:
i. NABARD is funding the central and state share of 99 prioritised irrigation projects under PMKSY through long term irrigation fund (LTIF). It is mandated to provide Rs 70,000 crore loan to these projects to be finished by 2019.
ii. Out of the 99 prioritised irrigation projects NABARD has sanctioned Rs 65,634.93 crore loan for 93 projects so far.
iii. Already, Rs 23,402.72 crore was disbursed for 86 projects, which includes the central share of 15,242.02 crore and state share of Rs 8,160.70 crore.
iv. 18 projects have been finished so far and 7 projects will be finished very soon.
v. Maximum projects sanctioned are in Uttar Pradesh. Bigger irrigation projects sanctioned are in Maharashtra, Telangana and Madhya Pradesh also.
About National Bank for Agriculture and Rural Development (NABARD):
♦ Chairman – Harsh Kumar Bhanwala
♦ Headquarters – Mumbai

Cisco signed 2 agreements with NITI, BSNL for innovation and technology
On September 13, 2018, Cisco CEO Chuck Robbins during his three-day visit to India, signed two agreements with state-run telecom firm BSNL and Niti Aayog.
i. The MOUs were related to technology and innovation.
The MOUs are as follows:
i. MOU with BSNL under the aegis of the Department of Telecommunications (DoT) will be regarding demonstrating possibilities of 5G
ii. This will bring digitization and deliver fast services in various sectors.
iii. MOU with Niti Aayog is regarding connectivity of all 100 Atal Incubation Centres for information exchange.
iv. This will be made possible with its conferencing platforms like Webex Teams and Cisco Webex Board.
CISCO:
♦ Headquarters: California, USA.
NITI Aayog:
♦ CEO: Amitabh Kant.
About BSNL:
♦ Bharat Sanchar Nigam Limited was incorporated on 1st October 2000.
♦ Headquarters: New Delhi.
♦ CMD: Shri Anupam Shrivastava.

PNB bagged Hindi implementation award “Rajbhasha Kirti”
On September 14, 2018, Vice President Venkaiah Naidu presented “Rajbhasha Kirti” award to  Punjab National Bank on the occasion of Hindi Divas.
i. It received the award for outstanding performance in implementing the Official Language Policy during 2017-18.
ii. It was under the category of ‘Nationalised Banks and Financial Institutions in Region A’.
Punjab National Bank:
♦ Headquarters: New Delhi.
♦ MD& CEO: Shri Sunil Mehta.
♦ Tagline: The Name you can BANK upon! 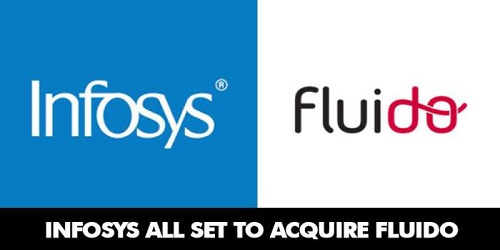 Objective:
To estimate the annual height change of the Greenland and Antarctic ice sheets to within four millimeters
Key Points:
i. It will be orbiting the globe, from pole to pole, at 17,069 mph from an average altitude of 290 miles.
ii. It carries a single instrument, the Advanced Topographic Laser Altimeter System (ATLAS) that would help in gathering data for the mission.
iii. The high-resolution data will

Maldives win SAFF Cup 2018, defeat India 2-1 in Dhaka
On 15th September 2018, India lost to Maldives in the final and Maldives won the SAFF (South Asian Football Federation) Cup 2018, at the Bangabandhu National Stadium in Dhaka, Bangladesh.
Key Points:
i. Maldives defeated India 2-1 in the final and won the SAFF Cup 2018 for the second time. Earlier, they had won the cup in 2008 edition, which they had co-hosted.
ii. Indian team had won the SAFF cup seven times earlier. Stephan Constantine was the coach of the Indian team. Captain of the Indian team was Subhashish Bose.
About South Asian Football Federation (SAFF):
♦ Founded – 1997
♦ President – Kazi Salahuddin 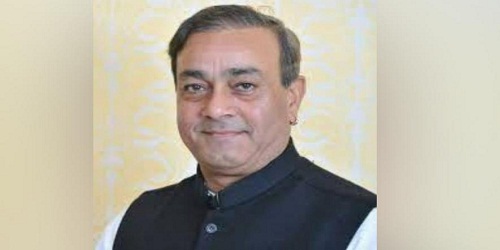 Key Points:
i. Satya Prakash Malviya was 84 years old. He was born at Malviyanagar in Allahabad, Uttar Pradesh.
ii. Initially, he started his political career as a member of Praja Socialist Party. Later, he joined the Congress. He was jailed for 18 months during the Emergency.
iii. He was a former Union petroleum minister. He was also environment minister in the Uttar Pradesh cabinet.

“Kashi: Secret of the Black Temple”, the final book of Vineet Bajpai’s Harappa trilogy, was launched
On 14th September 2018, the book “Kashi: Secret of the Black Temple” written by Vineet Bajpai was launched in New Delhi.
i. The book was launched by BJP national spokesperson Gaurav Bhatia and former Chief Election Commissioner of India Navin Chawla.
ii. This is the 3rd book of Vineet Bajpai’s Harappa trilogy. The first two books are: “Harappa: Curse of the Blood River” and “Pralay: The Great Deluge”.
iii. The book delivers the story of a lost civilization. All the three books of the series were published by Vineet Bajpai’s TreeShade Books publishing platform.
iv. Audible, an Amazon company, has bought the audio rights of the Harappa series. 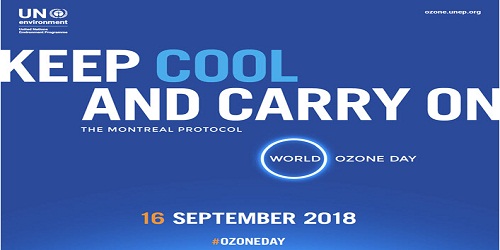